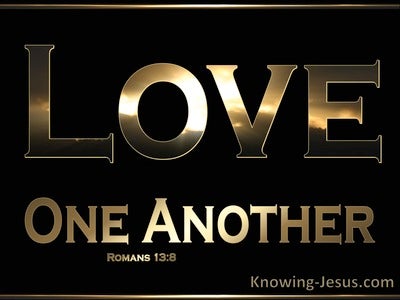 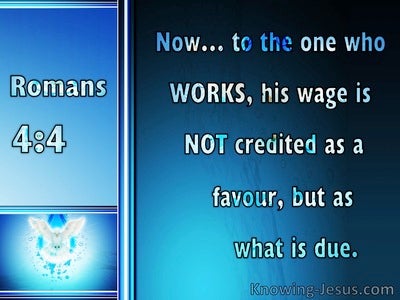 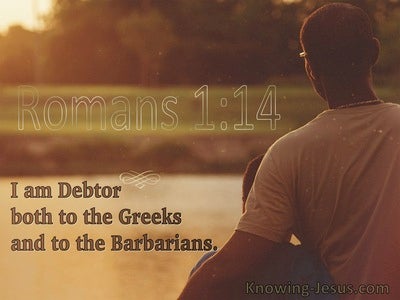 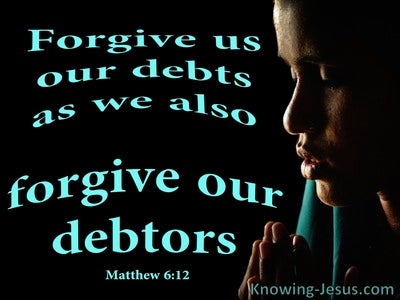 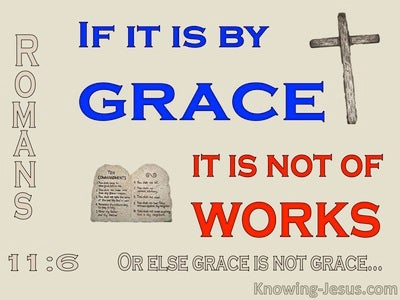 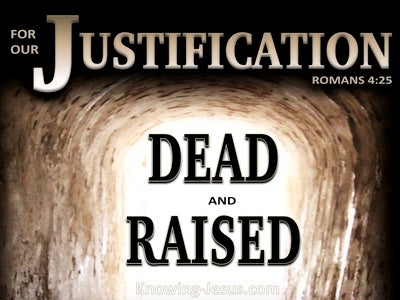 So he called his master's debtors to him, and said to the first, How much owest thou to my master? and he said, an hundred baths of oil.

and his lord had compassion on him, and discharged him, and forgave him the debt.

And Simon answered, I suppose he to whom he forgave most. And Jesus said unto him, Thou hast rightly judged:

Romans 8:12
Verse Concepts
Living For The Material
Respecting Your Body

Therefore, brethren, we are debtors not to the flesh, to live after the flesh:

and not having it to pay, his lord commanded him to be sold, and his wife and children and all that he had; and payment to be made.

and cancelled the obligation we were under by ritual decrees, which was grievous to us, and hath taken it quite away, even nailing it to his cross.

and when he began to reckon, there was brought to him one, who was debtor in ten thousand talents:

And he would not: but went away and threw him into prison till he should pay the debt.

Now to him that worketh the reward is not reckoned as a favor, but as a debt:

A certain creditor had two debtors, the one owed him five hundred denaries, and the other fifty:

But that same servant, as he was going out, met with one of his fellow-servants, who owed him but an hundred pence; and he laid hold on him and seized him by the throat, saying, Pay me what thou owest me:

For I am a debtor both to Greeks and barbarians, both to the learned and the unlearned:

Then he said to another, And how much owest thou? and he said, an hundred measures of wheat: and he said to him, Take thy bill, and write fourscore.

Luke 7:42
Verse Concepts
Unable To Do Other ThingsPeople Forgiving Others
Love And Forgiveness

and they not being able to pay him, he freely forgave them both: tell me therefore, which of them will love him most?

And his lord being highly provoked delivered him to the officers, till he should pay all that was owing to him.

If he hath wronged thee in any thing, or is indebted to thee, place it to my accompt:

and forgive us our debts, as we forgive our debtors;

Then his lord called for him again, and said to him, Thou wicked slave, I forgave thee all that vast debt at thy request,

Romans 15:27
Verse Concepts
Life In A Material WorldSharing In ChristSharingUnity, Of God's People
That Which Is SpiritualFellowship, In The GospelParticipation, In Christ

It pleased them, I say, and they are indeed their debtors; for if the Gentiles have partook of their spiritual things, they ought also to be helpful to them in carnal ones.

who was delivered for our offences, and was raised again for our justification.

Then his lord called for him again, and said to him, Thou wicked slave, I forgave thee all that vast debt at thy request,