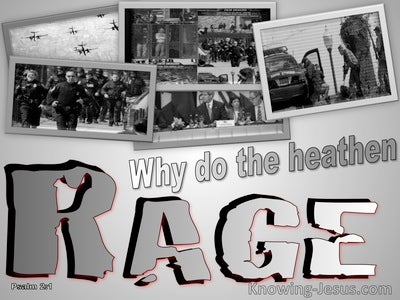 Though they have {plotted} evil against you, [though] they have planned a scheme, they will not prevail.

who plan evil [things] in [their] heart. They stir up wars continually.

Do not drag me away with [the] wicked or with [the] workers of evil, [who] speak of peace with their neighbors, while evil [is] in their heart.

He plans sin on his bed. He puts himself on a way [that is] not good. He does not reject evil.

How long will you attack a man? All of you will be shattered like a leaning wall, a tottering fence.

Woe [to] those who plan wickedness and evil deeds upon their beds! In the light of the morning they did it, because they have power in their hands.

perversion in his heart, he devises evil; at all times he will send out discord.

He who plans to do evil for himself, they will call [him] "master of mischief."

Devising folly [is] a sin, and an abomination to humankind [is] a scoffer.

Why are nations in tumult, and countries plotting in vain?

Those who seek my life lay snares as well, and those intent on my harm speak threats. They also plot deceit all day.

" 'Thus says the Lord Yahweh: "{And then} on that day, things will come up on your mind, and you will devise evil plans.

From you goes out one who plots evil against Yahweh, one who plans wickedness.

And a scoundrel, his weapons [are] evil; he plans evil devices to ruin [the] poor with words of deception even when the speech of [the] needy [is] right.

[The] wicked plans [evil] against the righteous, and gnashes at him [with] his teeth.

The lips and meditation of my assailants [are] against me all day long.

You have seen all their vengeance, all there plans against me.

You have heard their disgrace, O Yahweh, all their plans against me.

The thoughts of the righteous are just; the advice of the wicked is treacherous.

Hosea 7:6
Verse Concepts
Unnamed People Angry With OthersActing All Night
In The Morning

Because they are kindled like an oven, their heart burns within them; all night their anger {smolders}, [in the] morning it blazes like a flaming fire.

And I myself trained and strengthened their arms; but they plan evil against me.

You must not oppress [the] widow, [the] orphan, [the] foreigner, and [the] needy. You must not devise evil in your heart {against one another}.'

Do not devise evil in your hearts [against] your neighbor, and do not love {a false oath}, because all these [are] things I hate," {declares} Yahweh.

a devising heart, plans of deception, feet that hurry to run to evil,

Plans of evil [are] an abomination of Yahweh, but gracious words are pure.

"Oh rebellious children!" {declares} Yahweh, "to make a plan, but not from me, and pour out a libation, but not [from] my Spirit, {so as to add} sin to sin.

And he said to me, "Son of man, these [are] the men {who devise mischief}, and [who are] offering bad counsel in this city,

In [a time of] ease and in [the] rich parts of [the] province, he will come and he will do what {his predecessors} did not do; he will distribute plunder and spoil and possessions to them, and he will devise his plans against fortifications, but [only] {for a time}.

And he will stir up his power and his heart against the king of the south and {with a much greater and stronger army}; but he will not succeed, for they will devise plans against him.

Because Aram has plotted evil against you [with] Ephraim and the son of Remaliah, saying,