19 Bible Verses about God Spoke By The Prophets 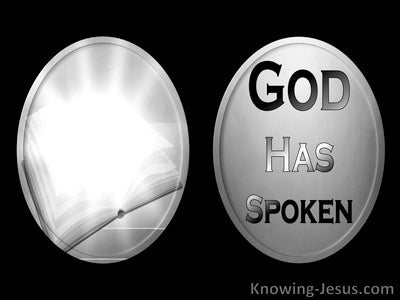 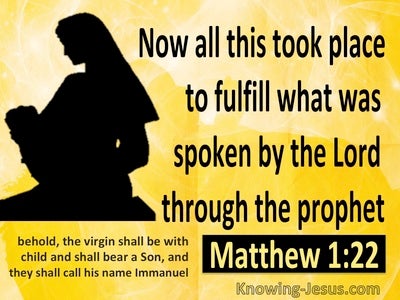 which thou hast commanded by thy slaves the prophets, saying, The land, unto which ye go to possess it, is an unclean land because of the uncleanness of the people of the lands, for the abominations with which they have filled it from one end to another with their uncleanness.

God, having spoken many times and in many ways in time past unto the fathers by the prophets,

as he spoke by the mouth of the saints who from the beginning were his prophets;

And the LORD spoke by his slaves, the prophets, saying,

Ezekiel 38:17
Verse Concepts
Ezekiel InvasionProphets, Role Of
Is It Really?

Thus hath the Lord GOD said: Art thou not he of whom I have spoken in days past by my slaves the prophets of Israel, who prophesied in those times that I would have to bring thee upon them?

and have not listened to the voice of the LORD our God to walk by his laws, which he set before us by the hand of his slaves the prophets.

Are these not the words which the LORD has published by the former prophets when Jerusalem was inhabited and quiet and the cities thereof round about her and when the south and the plain were inhabited?

Zechariah 1:6
Verse Concepts
God's Will Be DoneRepaid For Deeds
Signs Of Repentance

But my words and my statutes, which I commanded my slaves the prophets, did they not take hold of your fathers? Therefore they returned from captivity and said, Like as the LORD of the hosts thought to do unto us, according to our ways and according to our doings, so has he dealt with us.

Yet the LORD testified against Israel and against Judah, by all the prophets and by all the seers, saying, Turn from your evil ways and keep my commandments and my statutes, according to all the law which I commanded your fathers and which I sent to you by the hand of my slaves the prophets.

But ye have said, The LORD has raised us up prophets in Babylon;

Now all this was done that it might be fulfilled which was spoken by the Lord through the prophet, saying,

But God has thus fulfilled those things which he had showed in advance by the mouth of all his prophets, that his Christ should suffer.

whom it is certainly necessary that the heaven must receive until the times of restitution of all things, which God has spoken by the mouth of all his holy prophets since the age began.

but in the day of the voice of the seventh angel when he shall begin to sound the trumpet, the mystery of God shall be finished, as he did evangelize unto his slaves the prophets.

Yet many years didst thou forbear them and didst protest against them with thy spirit by the hand of thy prophets; yet they did not hear; therefore, thou didst give them into the hand of the peoples of the land.

Hosea 6:5
Verse Concepts
The Effect Of The Word Of GodGod Killed His PeoplePeople Cut In PiecesRevelation Through ProphetsGod Killing
Lightning Used MetaphoricallyLight, NaturalGod Is LightLightningMouths