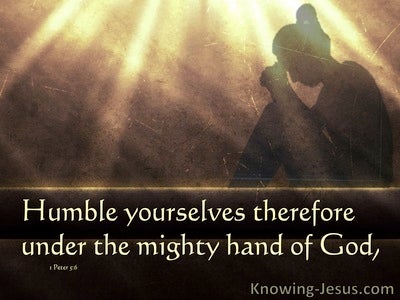 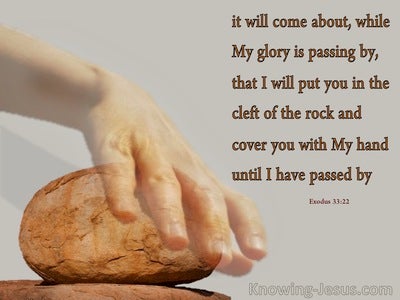 The hand of the Lord rested on me there, and he said to me, "Get up, go out to the valley, and I will speak with you there."

Ezekiel 37:1
Verse Concepts
Led By The SpiritHand Of God
The Spirit Of The LordGod's Hand

The hand of the Lord was on me, and he brought me out by the Spirit of the Lord and placed me in the midst of the valley, and it was full of bones.

In the twenty-fifth year of our exile, at the beginning of the year, on the tenth day of the month, in the fourteenth year after the city was struck down, on this very day, the hand of the Lord was on me, and he brought me there.

In the sixth year, in the sixth month, on the fifth of the month, as I was sitting in my house with the elders of Judah sitting in front of me, the hand of the sovereign Lord seized me.

Now the Lord energized Elijah with power; he tucked his robe into his belt and ran ahead of Ahab all the way to Jezreel.

But now, get me a musician." When the musician played, the Lord energized him,

Jabez called out to the God of Israel, "If only you would greatly bless me and expand my territory! May your hand be with me! Keep me from harm so I might not endure pain!" God answered his prayer.

May you give support to the one you have chosen, to the one whom you raised up for yourself!

David said, "All of this I put in writing as the Lord directed me and gave me insight regarding the details of the blueprints."

All who heard these things kept them in their hearts, saying, "What then will this child be?" For the Lord's hand was indeed with him.

This Ezra is the one who came up from Babylon. He was a scribe who was skilled in the law of Moses which the Lord God of Israel had given. The king supplied him with everything he requested, for the hand of the Lord his God was on him.

He has also conferred his favor on me before the king, his advisers, and all the influential leaders of the king. I gained strength as the hand of the Lord my God was on me, and I gathered leaders from Israel to go up with me.

Due to the fact that the good hand of our God was on us, they brought us a skilled man, from the descendants of Mahli the son of Levi son of Israel. This man was Sherebiah, who was accompanied by his sons and brothers, 18 men,

On the twelfth day of the first month we began traveling from the Ahava Canal to go to Jerusalem. The hand of our God was on us, and he delivered us from our enemy and from bandits along the way.

and a letter for Asaph the keeper of the king's nature preserve, so that he will give me timber for beams for the gates of the fortress adjacent to the temple and for the city wall and for the house to which I go." So the king granted me these requests, for the good hand of my God was on me.

Then I related to them how the good hand of my God was on me and what the king had said to me. Then they replied, "Let's begin rebuilding right away!" So they readied themselves for this good project.

A wind lifted me up and carried me away. I went bitterly, my spirit full of fury, and the hand of the Lord rested powerfully on me.

I was embarrassed to request soldiers and horsemen from the king to protect us from the enemy along the way, because we had said to the king, "The good hand of our God is on everyone who is seeking him, but his great anger is against everyone who forsakes him."

When my glory passes by, I will put you in a cleft in the rock and will cover you with my hand while I pass by.

Then a hand touched me and set me on my hands and knees.

And God will exalt you in due time, if you humble yourselves under his mighty hand