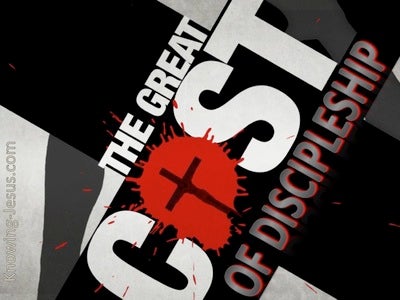 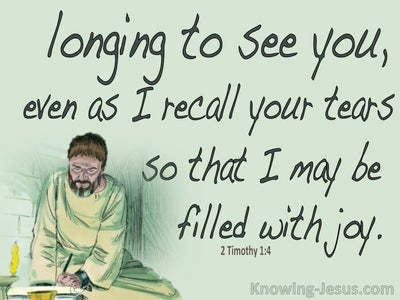 And another also said, Lord, I will follow you; but let me first go bid them farewell, who are at home at my house.

But bade them farewell, saying, I must by all means keep this feast that comes in Jerusalem: but I will return again unto you, if God wills. And he sailed from Ephesus.

The LORD grant you that you may find rest, each of you in the house of her husband. Then she kissed them; and they lifted up their voices, and wept.

And when he had thus spoken, he dismissed the assembly.

If there come any unto you, and bring not this doctrine, receive him not into your house, neither bid him God speed:

And when we had taken our leave one of another, we boarded ship; and they returned home again.

Finally, brethren, farewell. Be restored, be of good comfort, be of one mind, live in peace; and the God of love and peace shall be with you.

And he left the oxen, and ran after Elijah, and said, Let me, I pray you, kiss my father and my mother, and then I will follow you. And he said unto him, Go back again: for what have I done to you?

And another of his disciples said unto him, Lord, allow me first to go and bury my father.

And they all wept much, and fell on Paul's neck, and kissed him,

So likewise, whosoever he be of you that forsakes not all that he has, he cannot be my disciple.

And one of you say unto them, Depart in peace, be warmed and filled; yet you give them not those things which are needful to the body; what does it profit?

And they lifted up their voices, and wept again: and Orpah kissed her mother-in-law; but Ruth clung to her.

And it came to pass, that after we were parted from them, and had set sail, we came with a straight course unto Cos, and the day following unto Rhodes, and from there unto Patara:

Acts 1:15
Verse Concepts
groupsBelievers
A Hundred And Some

And in those days Peter stood up in the midst of the disciples, and said, (the number of names together were about a hundred and twenty,)

And when he had sent them away, he departed into a mountain to pray.

And have not allowed me to kiss my sons and my daughters? you have now done foolishly in so doing.

I had no rest in my spirit, because I found not Titus my brother: but taking my leave of them, I went from there into Macedonia.

And as soon as the lad was gone, David arose out of a place toward the south, and fell on his face to the ground, and bowed himself three times: and they kissed one another, and wept one with another, until David regained control.

And Paul after this tarried there yet a good while, and then took his leave of the brethren, and sailed from there into Syria, and with him Priscilla and Aquila; having shaved his head in Cenchrea: for he had a vow.

And early in the morning Laban rose up, and kissed his sons and his daughters, and blessed them: and Laban departed, and returned unto his place.

Greatly desiring to see you, being mindful of your tears, that I may be filled with joy;

And after the uproar was ceased, Paul called unto him the disciples, and embraced them, and departed to go into Macedonia.

But Jesus said unto him, Follow me; and let the dead bury their dead.

Greet all them that have the rule over you, and all the saints. They of Italy greet you.

And now, brethren, I commend you to God, and to the word of his grace, which is able to build you up, and to give you an inheritance among all them who are sanctified.

That you abstain from anything offered to idols, and from blood, and from things strangled, and from fornication: from which if you keep yourselves, you shall do well. Farewell.

And from Miletus he sent to Ephesus, and called the elders of the church.

Luke 9:60
Verse Concepts
Go And PreachSpiritually Dead
Ministers, Should Not Be

Jesus said unto him, Let the dead bury their dead: but you go and preach the kingdom of God.

And when we had accomplished those days, we departed and went our way; and they all brought us on our way, with wives and children, till we were out of the city: and we kneeled down on the shore, and prayed.