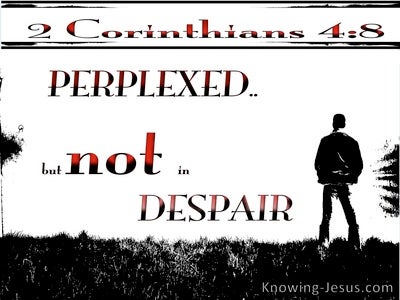 yet because this widow troubles me, I will do her justice, lest by her continual coming she weary me.

But if ye will not drive out the inhabitants of the land from before you, then it shall come to pass that those whom ye let remain of them shall be pricks in your eyes and thorns in your sides and shall afflict you in the land in which ye dwell.

My enemies would daily swallow me up, for they are many that fight against me, O thou most High.

And by thy mercy thou shalt scatter my enemies and destroy all the adversaries of my soul; for I am thy slave.

And the LORD said unto me, Distress not the Moabites, neither contend with them in battle; for I will not give thee of their land for a possession because I have given Ar unto the sons of Lot for an inheritance.

for they treated you as enemies with their wiles, with which they have beguiled you in the matter of Peor, and in the matter of Cozbi, daughter of the prince of Midian, their sister, who was slain in the day of the plague for Peor's sake.

Fathers, provoke not your children lest they become disheartened.

Declare war on the Midianites and smite them;

For, when we were come into Macedonia, our flesh had no rest, but we were troubled on every side; without were fightings, within were fears.

For they persecute him whom thou hast smitten, and they boast that thou hast slain their enemies.

Wilt thou break a leaf driven to and fro? Wilt thou pursue the dry stubble?

Let us go up against Judah and vex it, and let us divide it between us and set a king in the midst of it, even the son of Tabeal:

And when he saw the multitude, he was moved with compassion on them because they fainted and were scattered abroad, as sheep having no shepherd.

and when thou comest near over against the sons of Ammon, do not distress them nor meddle with them, for I will not give thee of the land of the sons of Ammon any possession because I have given it unto the sons of Lot for an inheritance.

Terrors shall make him afraid on every side, and his own feet shall drive him away.

He shall send from the heavens and save me from the reproach of him that would swallow me up. Selah. God shall send forth his mercy and his truth.

And lest the greatness of the revelations should exalt me above measure, there is given to me a thorn in the flesh, a messenger of Satan to buffet me, lest I should be exalted above measure.

The arches have sorely grieved him and shot at him and hated him;

Thou shalt neither mistreat a stranger nor oppress him; for ye were strangers in the land of Egypt.

and those that were tormented with unclean spirits were healed.

And when King David came to Bahurim, behold, a man of the family of the house of Saul came forth, whose name was Shimei, the son of Gera; he came forth cursing

Because he did not remember to show mercy but persecuted the man who is poor in spirit and destitute and broken in heart, that he might slay him.

And he saw them toiling in rowing, for the wind was contrary unto them; and about the fourth watch of the night he came unto them, walking upon the sea, and would have passed by them.

because of the voice of the enemy because of the oppression of the wicked; for they cast iniquity upon me, and in wrath they hate me.

And the devil took him up into a high mountain and showed him all the kingdoms of the sphere of the world in a moment of time.

While he yet spoke, there came from the ruler of the synagogue's house certain who said, Thy daughter is dead: why troublest thou the Master any further?

Now at that time Herod the king stretched forth his hands to mistreat certain of the congregation .

There came also a multitude out of the cities round about unto Jerusalem, bringing sick folks and those who were tormented with unclean spirits, and they were healed every one.

We are troubled on every side, yet not distressed; we are unsure of our lives, but not in despair;

Behold, here is my virgin daughter and his concubine; I will bring them out now, humble them, and do with them what seems good unto you, but unto this man do not commit this vile folly.