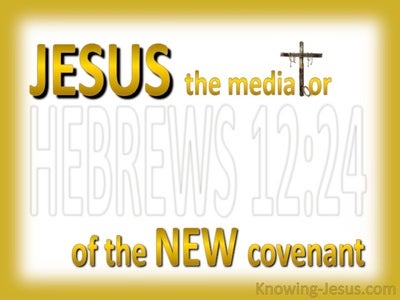 "You must not pollute the land where you live, for blood defiles the land, and the land cannot be cleansed of the blood that is shed there, except by the blood of the person who shed it.

Genesis 4:10
Verse Concepts
RevengeSpilling Your Seed On The GroundCrying
Cries Of Distress To GodWhat Do You Do?

But the Lord said, "What have you done? The voice of your brother's blood is crying out to me from the ground!

They have made their blood flow like water all around Jerusalem, and there is no one to bury them.

Genesis 4:11
Verse Concepts
Other References To Mouths
Abel and Cain

So now, you are banished from the ground, which has opened its mouth to receive your brother's blood from your hand.

"O earth, do not cover my blood, nor let there be a secret place for my cry.

You will become fuel for the fire -- your blood will stain the middle of the land; you will no longer be remembered, for I, the Lord, have spoken.'"

I will drench the land with the flow of your blood up to the mountains, and the ravines will be full of your blood.

For her blood was in it; she poured it on an exposed rock; she did not pour it on the ground to cover it up with dust.

To arouse anger, to take vengeance, I have placed her blood on an exposed rock so that it cannot be covered up.

Ezekiel 28:23
Verse Concepts
Killing Will Happen
Killed With The Sword

I will send a plague into the city and bloodshed into its streets; the slain will fall within it, by the sword that attacks it from every side. Then they will know that I am the Lord.

The blood of the saints and prophets was found in her, along with the blood of all those who had been killed on the earth."

From harm and violence he will defend them; he will value their lives.

This is what the sovereign Lord says: Because your lust was poured out and your nakedness was uncovered in your prostitution with your lovers, and because of all your detestable idols, and because of the blood of your children you have given to them,

so that your feet may stomp in their blood, and your dogs may eat their portion of the enemies' corpses."

But a woman who had been suffering from a hemorrhage for twelve years came up behind him and touched the edge of his cloak.

Now a woman was there who had been suffering from a hemorrhage for twelve years.

Now a woman was there who had been suffering from a hemorrhage for twelve years but could not be healed by anyone.

And when the blood of your witness Stephen was shed, I myself was standing nearby, approving, and guarding the cloaks of those who were killing him.'

and to Jesus, the mediator of a new covenant, and to the sprinkled blood that speaks of something better than Abel's does.