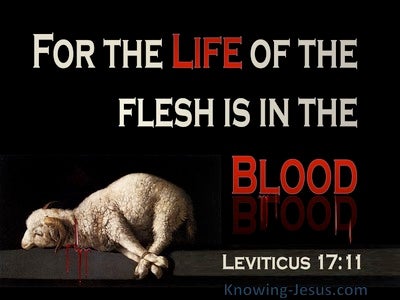 “You shall not murder.

Deuteronomy 5:17
Verse Concepts
Do Not MurderLaw, Ten CommandmentsMurderRespect, For Human Beings
AbortionSanctity Of LifeBlood, as basis of life

‘You shall not murder.

For the life of the flesh is in the blood, and I have given it to you on the altar to make atonement for your souls; for it is the blood by reason of the life that makes atonement.’

“Whoever sheds man’s blood,
By man his blood shall be shed,
For in the image of God
He made man.

“He who strikes a man so that he dies shall surely be put to death.

“You shall not allow a sorceress to live. “Whoever lies with an animal shall surely be put to death. “He who sacrifices to any god, other than to the Lord alone, shall be utterly destroyed.

“If any case is too difficult for you to decide, between one kind of homicide or another, between one kind of lawsuit or another, and between one kind of assault or another, being cases of dispute in your courts, then you shall arise and go up to the place which the Lord your God chooses. So you shall come to the Levitical priest or the judge who is in office in those days, and you shall inquire of them and they will declare to you the verdict in the case. You shall do according to the terms of the verdict which they declare to you from that place which the Lord chooses; and you shall be careful to observe according to all that they teach you.read more.
According to the terms of the law which they teach you, and according to the verdict which they tell you, you shall do; you shall not turn aside from the word which they declare to you, to the right or the left. The man who acts presumptuously by not listening to the priest who stands there to serve the Lord your God, nor to the judge, that man shall die; thus you shall purge the evil from Israel. Then all the people will hear and be afraid, and will not act presumptuously again.

“If any man has a stubborn and rebellious son who will not obey his father or his mother, and when they chastise him, he will not even listen to them, then his father and mother shall seize him, and bring him out to the elders of his city at the gateway of his hometown. They shall say to the elders of his city, ‘This son of ours is stubborn and rebellious, he will not obey us, he is a glutton and a drunkard.’read more.
Then all the men of his city shall stone him to death; so you shall remove the evil from your midst, and all Israel will hear of it and fear.

then they shall bring out the girl to the doorway of her father’s house, and the men of her city shall stone her to death because she has committed an act of folly in Israel by playing the harlot in her father’s house; thus you shall purge the evil from among you. “If a man is found lying with a married woman, then both of them shall die, the man who lay with the woman, and the woman; thus you shall purge the evil from Israel. “If there is a girl who is a virgin engaged to a man, and another man finds her in the city and lies with her,read more.
then you shall bring them both out to the gate of that city and you shall stone them to death; the girl, because she did not cry out in the city, and the man, because he has violated his neighbor’s wife. Thus you shall purge the evil from among you. “But if in the field the man finds the girl who is engaged, and the man forces her and lies with her, then only the man who lies with her shall die. But you shall do nothing to the girl; there is no sin in the girl worthy of death, for just as a man rises against his neighbor and murders him, so is this case. When he found her in the field, the engaged girl cried out, but there was no one to save her.

his corpse shall not hang all night on the tree, but you shall surely bury him on the same day (for he who is hanged is accursed of God), so that you do not defile your land which the Lord your God gives you as an inheritance.

But if he did not lie in wait for him, but God let him fall into his hand, then I will appoint you a place to which he may flee.

Then Moses set apart three cities across the Jordan to the east, that a manslayer might flee there, who unintentionally slew his neighbor without having enmity toward him in time past; and by fleeing to one of these cities he might live:

you shall set aside three cities for yourself in the midst of your land, which the Lord your God gives you to possess. You shall prepare the roads for yourself, and divide into three parts the territory of your land which the Lord your God will give you as a possession, so that any manslayer may flee there. “Now this is the case of the manslayer who may flee there and live: when he kills his friend unintentionally, not hating him previously—read more.
as when a man goes into the forest with his friend to cut wood, and his hand swings the axe to cut down the tree, and the iron head slips off the handle and strikes his friend so that he dies—he may flee to one of these cities and live; otherwise the avenger of blood might pursue the manslayer in the heat of his anger, and overtake him, because the way is long, and take his life, though he was not deserving of death, since he had not hated him previously. Therefore, I command you, saying, ‘You shall set aside three cities for yourself.’ “If the Lord your God enlarges your territory, just as He has sworn to your fathers, and gives you all the land which He promised to give your fathers— if you carefully observe all this commandment which I command you today, to love the Lord your God, and to walk in His ways always—then you shall add three more cities for yourself, besides these three. So innocent blood will not be shed in the midst of your land which the Lord your God gives you as an inheritance, and bloodguiltiness be on you. “But if there is a man who hates his neighbor and lies in wait for him and rises up against him and strikes him so that he dies, and he flees to one of these cities, then the elders of his city shall send and take him from there and deliver him into the hand of the avenger of blood, that he may die. You shall not pity him, but you shall purge the blood of the innocent from Israel, that it may go well with you.

The city shall be under the ban, it and all that is in it belongs to the Lord; only Rahab the harlot and all who are with her in the house shall live, because she hid the messengers whom we sent.

“When you approach a city to fight against it, you shall offer it terms of peace. If it agrees to make peace with you and opens to you, then all the people who are found in it shall become your forced labor and shall serve you. However, if it does not make peace with you, but makes war against you, then you shall besiege it.read more.
When the Lord your God gives it into your hand, you shall strike all the men in it with the edge of the sword. Only the women and the children and the animals and all that is in the city, all its spoil, you shall take as booty for yourself; and you shall use the spoil of your enemies which the Lord your God has given you. Thus you shall do to all the cities that are very far from you, which are not of the cities of these nations nearby.

“Any man from the house of Israel who slaughters an ox or a lamb or a goat in the camp, or who slaughters it outside the camp, and has not brought it to the doorway of the tent of meeting to present it as an offering to the Lord before the tabernacle of the Lord, bloodguiltiness is to be reckoned to that man. He has shed blood and that man shall be cut off from among his people. The reason is so that the sons of Israel may bring their sacrifices which they were sacrificing in the open field, that they may bring them in to the Lord, at the doorway of the tent of meeting to the priest, and sacrifice them as sacrifices of peace offerings to the Lord.read more.
The priest shall sprinkle the blood on the altar of the Lord at the doorway of the tent of meeting, and offer up the fat in smoke as a soothing aroma to the Lord. They shall no longer sacrifice their sacrifices to the goat demons with which they play the harlot. This shall be a permanent statute to them throughout their generations.”’

“However, you may slaughter and eat meat within any of your gates, whatever you desire, according to the blessing of the Lord your God which He has given you; the unclean and the clean may eat of it, as of the gazelle and the deer. Only you shall not eat the blood; you are to pour it out on the ground like water.

“If you happen to come upon a bird’s nest along the way, in any tree or on the ground, with young ones or eggs, and the mother sitting on the young or on the eggs, you shall not take the mother with the young; you shall certainly let the mother go, but the young you may take for yourself, in order that it may be well with you and that you may prolong your days.

Then the Lord spoke to Joshua, saying,

Now when he had gone,

“Thus says the Lord, ‘He who

Then he said to Zebah and Zalmunna, “What kind of men were they whom you killed at Tabor?” And they said, “They were like you, each one

Now it came about at

2 Samuel 1:14
Verse Concepts
The Lord's AnointedKilling Kings
Why Do You Do This?

Then David said to him, “How is it you were not afraid

Then He said to me, “The iniquity of the house of Israel and Judah is very, very great, and the land is

Judges 7:22
Verse Concepts
ChaosThree To Four HundredTrumpets For Battle
Three Hundred And AboveKilling One Another

When they blew 300 trumpets, the

Now it was while they were on the way that the report came to David, saying, “Absalom has struck down all the king’s sons, and not one of them is left.”

2 Samuel 17:9
Verse Concepts
CavesPeople In CavesHiding From People
Killing Will HappenCaves As Places Of Refuge

Behold, he has now hidden himself in one of the

So the Lord said to him, “Therefore whoever kills Cain, vengeance will be taken on him