27 Bible Verses about People Sitting Down 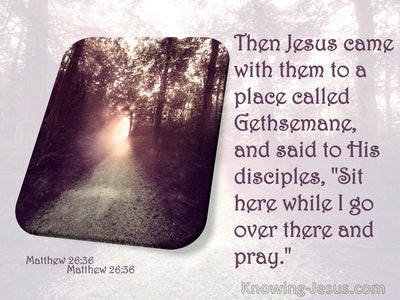 And Jesus said, 'Make the men to sit down;' and there was much grass in the place, the men then sat down, in number, as it were, five thousand,

And Rachel hath taken the teraphim, and putteth them in the furniture of the camel, and sitteth upon them; and Laban feeleth all the tent, and hath not found;

And Pharaoh heareth of this thing, and seeketh to slay Moses, and Moses fleeth from the face of Pharaoh, and dwelleth in the land of Midian, and dwelleth by the well.

And the hands of Moses are heavy, and they take a stone, and set it under him, and he sitteth on it: and Aaron and Hur have taken hold on his hands, on this side one, and on that one, and his hands are stedfast till the going in of the sun;

And Boaz hath gone up to the gate, and sitteth there, and lo, the redeemer is passing by of whom Boaz had spoken, and he saith, 'Turn aside, sit down here, such a one, such a one;' and he turneth aside and sitteth down. And he taketh ten men of the elders of the city, and saith, 'Sit down here;' and they sit down.

And king David cometh in and sitteth before Jehovah, and saith, 'Who am I, Lord Jehovah? and what my house, that Thou hast brought me hitherto?

And David the king cometh in and sitteth before Jehovah, and saith, 'Who am I, O Jehovah God, and what my house, that Thou hast brought me hitherto?

And David is sitting between the two gates, and the watchman goeth unto the roof of the gate, unto the wall, and lifteth up his eyes, and looketh, and lo, a man running by himself.

And Hannah riseth after eating in Shiloh, and after drinking, and Eli the priest is sitting on the throne by the side-post of the temple of Jehovah.

and the king sitteth on his seat, as time by time, on a seat by the wall, and Jonathan riseth, and Abner sitteth at the side of Saul, and David's place is looked after.

2 Kings 4:20
Verse Concepts
Death Of Unnamed IndividualsDeath Of A ChildDeath Of A Mother
Maternal LoveLove, And The World

and he beareth him, and bringeth him in unto his mother, and he sitteth on her knees till the noon, and dieth.

which, when it was filled, having drawn up again upon the beach, and having sat down, they gathered the good into vessels, and the bad they did cast out,

And when he is sitting on the mount of the Olives, the disciples came near to him by himself, saying, 'Tell us, when shall these be? and what is the sign of thy presence, and of the full end of the age?'

And as he is sitting at the mount of the Olives, over-against the temple, Peter, and James, and John, and Andrew, were questioning him by himself,

Then come with them doth Jesus to a place called Gethsemane, and he saith to the disciples, 'Sit ye here, till having gone away, I shall pray yonder.'

And they come to a spot, the name of which is Gethsemane, and he saith to his disciples, 'Sit ye here till I may pray;'

and sitting down, they were watching him there,

and there were there Mary the Magdalene, and the other Mary, sitting over-against the sepulchre.

And Jesus having sat down over-against the treasury, was beholding how the multitude do put brass into the treasury, and many rich were putting in much,

and he said, A hundred baths of oil; and he said to him, Take thy bill, and having sat down write fifty.

and there was there a well of Jacob. Jesus therefore having been weary from the journeying, was sitting thus on the well; it was as it were the sixth hour;

John 6:3
Verse Concepts
Other References To The Disciples

and Jesus went up to the mount, and he was there sitting with his disciples,

on the sabbath-day also we went forth outside of the city, by a river, where there used to be prayer, and having sat down, we were speaking to the women who came together,