31 Bible Verses about Ridicule, Objects Of 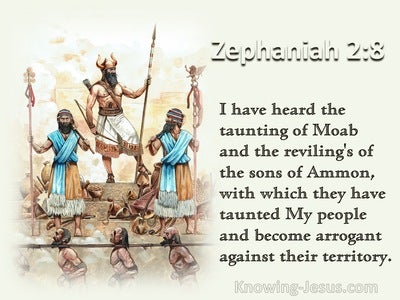 How long, O God, will the adversary revile,
And the enemy spurn Your name forever?
Why do You withdraw Your hand, even Your right hand?
From within Your bosom, destroy them!
Yet God is my king from of old,
Who works deeds of deliverance in the midst of the earth.
read more.
You divided the sea by Your strength;
You broke the heads of the sea monsters in the waters.
You crushed the heads of Leviathan;
You gave him as food for the creatures of the wilderness.
You broke open springs and torrents;
You dried up ever-flowing streams.
Yours is the day, Yours also is the night;
You have prepared the light and the sun.
You have established all the boundaries of the earth;
You have made summer and winter.
Remember this, O Lord, that the enemy has reviled,
And a foolish people has spurned Your name.

Perhaps the Lord your God will hear all the words of Rabshakeh, whom his master the king of Assyria has sent to reproach the living God, and will rebuke the words which the Lord your God has heard. Therefore, offer a prayer for the remnant that is left.’”

Perhaps the Lord your God will hear the words of Rabshakeh, whom his master the king of Assyria has sent to reproach the living God, and will rebuke the words which the Lord your God has heard. Therefore, offer a prayer for the remnant that is left.’”

Now the men who were holding Jesus in custody were mocking Him and beating Him, and they blindfolded Him and were asking Him, saying, “Prophesy, who is the one who hit You?” And they were saying many other things against Him, blaspheming.

Then they spat in His face and beat Him with their fists; and others slapped Him, and said, “Prophesy to us, You Christ; who is the one who hit You?”

And Herod with his soldiers, after treating Him with contempt and mocking Him, dressed Him in a gorgeous robe and sent Him back to Pilate.

Then the soldiers of the governor took Jesus into the Praetorium and gathered the whole Roman cohort around Him. They stripped Him and put a scarlet robe on Him. And after twisting together a crown of thorns, they put it on His head, and a reed in His right hand; and they knelt down before Him and mocked Him, saying, “Hail, King of the Jews!”read more.
They spat on Him, and took the reed and began to beat Him on the head. After they had mocked Him, they took the scarlet robe off Him and put His own garments back on Him, and led Him away to crucify Him.

The soldiers took Him away into the palace (that is, the Praetorium), and they *called together the whole Roman cohort. They *dressed Him up in purple, and after twisting a crown of thorns, they put it on Him; and they began to acclaim Him, “Hail, King of the Jews!”read more.
They kept beating His head with a reed, and spitting on Him, and kneeling and bowing before Him. After they had mocked Him, they took the purple robe off Him and put His own garments on Him. And they *led Him out to crucify Him.

Pilate then took Jesus and scourged Him. And the soldiers twisted together a crown of thorns and put it on His head, and put a purple robe on Him; and they began to come up to Him and say, “Hail, King of the Jews!” and to give Him slaps in the face.

And those passing by were hurling abuse at Him, wagging their heads and saying, “You who are going to destroy the temple and rebuild it in three days, save Yourself! If You are the Son of God, come down from the cross.” In the same way the chief priests also, along with the scribes and elders, were mocking Him and saying,read more.
“He saved others; He cannot save Himself. He is the King of Israel; let Him now come down from the cross, and we will believe in Him. He trusts in God; let God rescue Him now, if He delights in Him; for He said, ‘I am the Son of God.’” The robbers who had been crucified with Him were also insulting Him with the same words.

Those passing by were hurling abuse at Him, wagging their heads, and saying, “Ha! You who are going to destroy the temple and rebuild it in three days, save Yourself, and come down from the cross!” In the same way the chief priests also, along with the scribes, were mocking Him among themselves and saying, “He saved others; He cannot save Himself.read more.
Let this Christ, the King of Israel, now come down from the cross, so that we may see and believe!” Those who were crucified with Him were also insulting Him.

And the people stood by, looking on. And even the rulers were sneering at Him, saying, “He saved others; let Him save Himself if this is the Christ of God, His Chosen One.” The soldiers also mocked Him, coming up to Him, offering Him sour wine, and saying, “If You are the King of the Jews, save Yourself!”

The Lord, the God of their fathers, sent word to them again and again by His messengers, because He had compassion on His people and on His dwelling place; but they continually mocked the messengers of God, despised His words and scoffed at His prophets, until the wrath of the Lord arose against His people, until there was no remedy.

The couriers went throughout all Israel and Judah with the letters from the hand of the king and his princes, even according to the command of the king, saying, “O sons of Israel, return to the Lord God of Abraham, Isaac and Israel, that He may return to those of you who escaped and are left from the hand of the kings of Assyria. Do not be like your fathers and your brothers, who were unfaithful to the Lord God of their fathers, so that He made them a horror, as you see. Now do not stiffen your neck like your fathers, but yield to the Lord and enter His sanctuary which He has consecrated forever, and serve the Lord your God, that His burning anger may turn away from you.read more.
For if you return to the Lord, your brothers and your sons will find compassion before those who led them captive and will return to this land. For the Lord your God is gracious and compassionate, and will not turn His face away from you if you return to Him.” So the couriers passed from city to city through the country of Ephraim and Manasseh, and as far as Zebulun, but they laughed them to scorn and mocked them.

When the day of Pentecost had come, they were all together in one place. And suddenly there came from heaven a noise like a violent rushing wind, and it filled the whole house where they were sitting. And there appeared to them tongues as of fire distributing themselves, and they rested on each one of them.read more.
And they were all filled with the Holy Spirit and began to speak with other tongues, as the Spirit was giving them utterance. Now there were Jews living in Jerusalem, devout men from every nation under heaven. And when this sound occurred, the crowd came together, and were bewildered because each one of them was hearing them speak in his own language. They were amazed and astonished, saying, “Why, are not all these who are speaking Galileans? And how is it that we each hear them in our own language to which we were born? Parthians and Medes and Elamites, and residents of Mesopotamia, Judea and Cappadocia, Pontus and Asia, Phrygia and Pamphylia, Egypt and the districts of Libya around Cyrene, and visitors from Rome, both Jews and proselytes, Cretans and Arabs—we hear them in our own tongues speaking of the mighty deeds of God.” And they all continued in amazement and great perplexity, saying to one another, “What does this mean?” But others were mocking and saying, “They are full of sweet wine.”

So he was reasoning in the synagogue with the Jews and the God-fearing Gentiles, and in the market place every day with those who happened to be present. And also some of the Epicurean and Stoic philosophers were conversing with him. Some were saying, “What would this idle babbler wish to say?” Others, “He seems to be a proclaimer of strange deities,”—because he was preaching Jesus and the resurrection.

and others experienced mockings and scourgings, yes, also chains and imprisonment.

But I am a worm and not a man,
A reproach of men and despised by the people.
All who see me sneer at me;
They separate with the lip, they wag the head, saying,
“Commit yourself to the Lord; let Him deliver him;
Let Him rescue him, because He delights in him.”

“I am a joke to my friends,
The one who called on God and He answered him;
The just and blameless man is a joke.

“They have gaped at me with their mouth,
They have slapped me on the cheek with contempt;
They have massed themselves against me.

“Even young children despise me;
I rise up and they speak against me.

“But now those younger than I mock me,
Whose fathers I disdained to put with the dogs of my flock.

All who pass along the way
Clap their hands in derision at you;
They hiss and shake their heads
At the daughter of Jerusalem,
“Is this the city of which they said,
‘The perfection of beauty,
A joy to all the earth’?”
All your enemies
Have opened their mouths wide against you;
They hiss and gnash their teeth.
They say, “We have swallowed her up!
Surely this is the day for which we waited;
We have reached it, we have seen it.”

I have become a laughingstock to all my people,
Their mocking song all the day.

“I have heard the taunting of Moab
And the revilings of the sons of Ammon,
With which they have taunted My people
And become arrogant against their territory.
“Therefore, as I live,” declares the Lord of hosts,
The God of Israel,
“Surely Moab will be like Sodom
And the sons of Ammon like Gomorrah—
A place possessed by nettles and salt pits,
And a perpetual desolation.
The remnant of My people will plunder them
And the remainder of My nation will inherit them.”
This they will have in return for their pride, because they have taunted and become arrogant against the people of the Lord of hosts.read more.
The Lord will be terrifying to them, for He will starve all the gods of the earth; and all the coastlands of the nations will bow down to Him, everyone from his own place.

Though He scoffs at the scoffers,
Yet He gives grace to the afflicted.

And now do not carry on as scoffers,
Or your fetters will be made stronger;
For I have heard from the Lord God of hosts
Of decisive destruction on all the earth.

He who sits in the heavens laughs,
The Lord scoffs at them.
Then He will speak to them in His anger
And terrify them in His fury, saying,