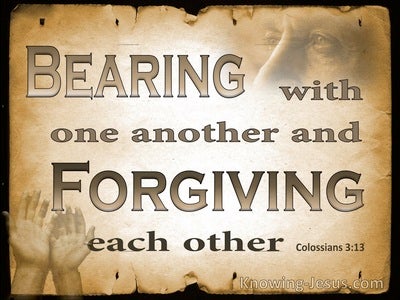 Neither do ye murmur, as also some of them murmured, and were destroyed by the destroyer.

And all the children of Israel will murmur against Moses, and against Aaron; and all the assembly will say to them, Would we died in the land of Egypt! or in this desert would that we died!

And the people shall be as complainers, and it was evil in the ears of Jehovah; and Jehovah will hear, and his anger will kindle, and the fire of Jehovah will burn among them and will consume in the extremity of the camp.

For this thou and all thine assembly being collected together against Jehovah: and Aaron, what is he that ye shall murmur against him?

Evening and morning and noon I will meditate and make a noise, and he will hear my voice.

And the people will murmur against Moses, saying, What shall we drink?

And the people will speak against God, and against Moses, For what brought ye us up from Egypt to die in the desert? for no bread, and no water; and our soul loathed upon this light bread.

According to the number of days which ye searched out the land, forty days, a day a year, a day for a year, shall ye your iniquities; forty years, and ye knew my withdrawal.

Groan not against one another, brethren, that ye be not condemned: behold, the judge stands before the door.

And the scraped together which in its midst will long a longing; and the sons of Israel also will turn back and weep, and they will say, Who will feed us with flesh?

And the morning, and ye saw the glory of Jehovah, in his hearing your murmurings against Jehovah and what are we that ye will murmur against us?

And in those days, the disciples multiplying, there was a murmuring of the Greeks against the Hebrews, because their widows were overlooked in the daily service.

And Moses will say, In Jehovah giving you in the evening flesh to eat, and bread in the morning to satiety; in Jehovah hearing your murmurings which ye murmured against him: and what are we? not against us your murmurings but against Jehovah.

And the sons of Israel will say to them, Who will give to die by the hand of Jehovah in the land of Egypt in our sitting by the pot of flesh, in our eating bread to satiety? for ye brought us forth to this desert to kill all this convocation with hunger.

And they going astray shall know understanding, and they murmuring shall learn knowledge.

To whom wo? to whom want? to whom strife? to whom complaint? to whom wounds gratuitously? to whom dark fleshings of the eyes?

And he will call the name of the place, Temptation, and Strife, for the contention of the sons of Israel, and because they tempted Jehovah, saying, Is Jehovah in the midst of us or not?

Numbers 14:29
Verse Concepts
Maturity, PhysicalTwentyDying In The Wilderness
Death As PunishmentDying In The Desert

In this desert shall your carcasses fall; and all of you being reviewed according to all your number, from the son of twenty years and above, who murmured against me.

I, is my complaint to man? and then wherefore shall not my spirit be shortened?

Why shall a living man murmur? a man for his sin?

We remembered the fish which we ate in Egypt gratuitously; the cucumbers and the melons, and the leeks, and the onions, and the garlics.

Do ye all things without murmurings and discussions:

And the people contended with Moses, and they will say, Give to us water and we will drink. And Moses will say to them, Why will ye contend with me, and why will ye tempt Jehovah?

And Jesus knowing in himself that his disciples murmur for this, said to them, Does this offend you?

Being hospitable to one another without murmurings.

For I said, My bed shall comfort me; my couch shall lift up in my complaint;

If my saying, I will forget my complaint, I will let go my face, and I will be cheerful:

Good to dwell in the land of the desert rather than with a woman of contentions and anger.

That ye be complete and pure, children of God, blameless in the midst of a crooked and perverted generation, among whom ye appear as luminaries in the world;

My soul was weary in my life; I shall leave upon me my complaint; I shall speak in the bitterness of my soul

Wherefore didst thou contend against him? for he will not answer all his words.

If my land shall cry against me, and its, furrows shall weep together;

And ye will murmur in your tents, and say, In Jehovah's hating us he brought us out of the land of Egypt to give us into the hand of the Amorite to destroy us.

And John answered him, saying, Teacher, we saw a certain one casting out demons in thy name, who follows not us: and we checked him, for he follows not us.

Attend to me and answer me; I shall flow down and make a noise in my complaint

And all they having seen, murmured, saying, That he entered in to rest with a sinful man.

And Job will answer and say,

And all the assembly of the sons of Israel will murmur on the morrow against Moses, and against Aaron, saying, Ye killed the people of Jehovah.

From the mouth of the Most High shall not come forth evil and good.

These are murmurers, discontented, going according to their eager desires; and their mouth speaks exceeding bulky things, admiring faces on account of advantage.

Dare any of you, having an affair with another, be judged by the unjust, and not by the holy ones?

And they will murmur in their tents; they heard not to the voice of Jehovah.

Complaining » What to do instead of complaining

Why shall a living man murmur? a man for his sin? We will search out our ways, and examine and turn back even to Jehovah.

Complaining » The reward for complaining

And the people shall be as complainers, and it was evil in the ears of Jehovah; and Jehovah will hear, and his anger will kindle, and the fire of Jehovah will burn among them and will consume in the extremity of the camp.

Complaining » Who are complainers

As Sodom and Gomorrha and the cities about them, debauched in like manner to these, and having gone away after other flesh, are set before a sample of eternal fire, enduring punishment. And likewise indeed these dreaming truly defile the flesh, and despise dominion, and defame glories. But Michael the archangel, when fighting with the accuser, discussed concerning the body of Moses, dared not to bring the judgment of defamation, but said, May the Lord censure thee. read more.
And these truly what things they know not they defame: and what things naturally, as irrational animals, they know, in these they corrupt themselves. Woe to them for they went in the way of Cain, and were poured out in the error of Balaam for a reward, and they were destroyed in the controversy of Core. These are spots in your loves, feasting together fearlessly, taking care of themselves: clouds wanting water, carried about by winds; decayed trees, unfruitful, twice dead, uprooted; Fierce waves of the sea, foaming out their own shames; wandering stars, to whom the obseurity of darkness has been kept forever. And also of these prophesied Enoch, the seventh from Adam, saying, Behold, the Lord came with ten thousands of his holy ones, To do judgment to all, and to convince all their irreligious of all their works of irreligion which they have impiously acted, and of all the hard things which the sinful irreligious spake against him. These are murmurers, discontented, going according to their eager desires; and their mouth speaks exceeding bulky things, admiring faces on account of advantage.