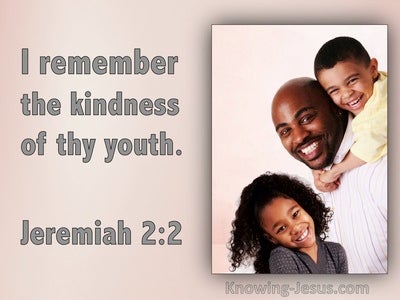 and yet He did not leave Himself without witness, in that He did good and gave you rains from heaven and fruitful seasons, satisfying your hearts with food and gladness.”

Now may God give you of the dew of heaven,
And of the fatness of the earth,
And an abundance of grain and new wine;

“He gives rain on the earth
And sends water on the fields,

Or the anger of the Lord will be kindled against you, and He will shut up the heavens so that there will be no rain and the ground will not yield its fruit; and you will perish quickly from the good land which the Lord is giving you.

“Who has cleft a channel for the flood,
Or a way for the thunderbolt,
To bring rain on a land without people,
On a desert without a man in it,
To satisfy the waste and desolate land
And to make the seeds of grass to sprout?
read more.
“Has the rain a father?
Or who has begotten the drops of dew?

You visit the earth and cause it to overflow;
You greatly enrich it;
The stream of God is full of water;
You prepare their grain, for thus You prepare the earth.
You water its furrows abundantly,
You settle its ridges,
You soften it with showers,
You bless its growth.

Who covers the heavens with clouds,
Who provides rain for the earth,
Who makes grass to grow on the mountains.

“O mountains of Gilboa,
Let not dew or rain be on you, nor fields of offerings;
For there the shield of the mighty was defiled,
The shield of Saul, not anointed with oil.

Now Elijah the Tishbite, who was of the settlers of Gilead, said to Ahab, “As the Lord, the God of Israel lives, before whom I stand, surely there shall be neither dew nor rain these years, except by my word.”

‘They do not say in their heart,
“Let us now fear the Lord our God,
Who gives rain in its season,
Both the autumn rain and the spring rain,
Who keeps for us
The appointed weeks of the harvest.”

Are there any among the idols of the nations who give rain?
Or can the heavens grant showers?
Is it not You, O Lord our God?
Therefore we hope in You,
For You are the one who has done all these things.

He changes rivers into a wilderness
And springs of water into a thirsty ground;
A fruitful land into a salt waste,
Because of the wickedness of those who dwell in it.

“I will lay it waste;
It will not be pruned or hoed,
But briars and thorns will come up.
I will also charge the clouds to rain no rain on it.”

“Go and proclaim in the ears of Jerusalem, saying, ‘Thus says the Lord,
“I remember concerning you the devotion of your youth,
The love of your betrothals,
Your following after Me in the wilderness,
Through a land not sown.
“Israel was holy to the Lord,
The first of His harvest.
All who ate of it became guilty;
Evil came upon them,” declares the Lord.’”

“Yet even now,” declares the Lord,
“Return to Me with all your heart,
And with fasting, weeping and mourning;

That which came as the word of the Lord to Jeremiah in regard to the drought: “Judah mourns
And her gates languish;
They sit on the ground in mourning,
And the cry of Jerusalem has ascended.
“Their nobles have sent their servants for water;
They have come to the cisterns and found no water.
They have returned with their vessels empty;
They have been put to shame and humiliated,
And they cover their heads.
read more.
“Because the ground is cracked,
For there has been no rain on the land;
The farmers have been put to shame,
They have covered their heads.
“For even the doe in the field has given birth only to abandon her young,
Because there is no grass.
“The wild donkeys stand on the bare heights;
They pant for air like jackals,
Their eyes fail
For there is no vegetation.

“A drought on her waters, and they will be dried up!
For it is a land of idols,
And they are mad over fearsome idols.

“It shall come about, if you listen obediently to my commandments which I am commanding you today, to love the Lord your God and to serve Him with all your heart and all your soul, that He will give the rain for your land in its season, the early and late rain, that you may gather in your grain and your new wine and your oil.

And the word of the Lord came to me, saying, “Son of man, say to her, ‘You are a land that is not cleansed or rained on in the day of indignation.’

If you walk in My statutes and keep My commandments so as to carry them out, then I shall give you rains in their season, so that the land will yield its produce and the trees of the field will bear their fruit.

Then he prayed again, and the sky poured rain and the earth produced its fruit.

“Furthermore, I withheld the rain from you
While there were still three months until harvest.
Then I would send rain on one city
And on another city I would not send rain;
One part would be rained on,
While the part not rained on would dry up.

“When the heavens are shut up and there is no rain, because they have sinned against You, and they pray toward this place and confess Your name and turn from their sin when You afflict them, then hear in heaven and forgive the sin of Your servants and of Your people Israel, indeed, teach them the good way in which they should walk. And send rain on Your land, which You have given Your people for an inheritance.

I called for a drought on the land, on the mountains, on the grain, on the new wine, on the oil, on what the ground produces, on men, on cattle, and on all the labor of your hands.”

At the time of the offering of the evening sacrifice, Elijah the prophet came near and said, “O Lord, the God of Abraham, Isaac and Israel, today let it be known that You are God in Israel and that I am Your servant and I have done all these things at Your word. Answer me, O Lord, answer me, that this people may know that You, O Lord, are God, and that You have turned their heart back again.” Then the fire of the Lord fell and consumed the burnt offering and the wood and the stones and the dust, and licked up the water that was in the trench.read more.
When all the people saw it, they fell on their faces; and they said, “The Lord, He is God; the Lord, He is God.” Then Elijah said to them, “Seize the prophets of Baal; do not let one of them escape.” So they seized them; and Elijah brought them down to the brook Kishon, and slew them there. Now Elijah said to Ahab, “Go up, eat and drink; for there is the sound of the roar of a heavy shower.” So Ahab went up to eat and drink. But Elijah went up to the top of Carmel; and he crouched down on the earth and put his face between his knees. He said to his servant, “Go up now, look toward the sea.” So he went up and looked and said, “There is nothing.” And he said, “Go back” seven times. It came about at the seventh time, that he said, “Behold, a cloud as small as a man’s hand is coming up from the sea.” And he said, “Go up, say to Ahab, ‘Prepare your chariot and go down, so that the heavy shower does not stop you.’” In a little while the sky grew black with clouds and wind, and there was a heavy shower. And Ahab rode and went to Jezreel. Then the hand of the Lord was on Elijah, and he girded up his loins and outran Ahab to Jezreel.

Elijah was a man with a nature like ours, and he prayed earnestly that it would not rain, and it did not rain on the earth for three years and six months.

It happened after a while that the brook dried up, because there was no rain in the land.

Ask rain from the Lord at the time of the spring rain—
The Lord who makes the storm clouds;
And He will give them showers of rain, vegetation in the field to each man.

He led you through the great and terrible wilderness, with its fiery serpents and scorpions and thirsty ground where there was no water; He brought water for you out of the rock of flint.

“The afflicted and needy are seeking water, but there is none,
And their tongue is parched with thirst;
I, the Lord, will answer them Myself,
As the God of Israel I will not forsake them.

Go forth from Babylon! Flee from the Chaldeans!
Declare with the sound of joyful shouting, proclaim this,
Send it out to the end of the earth;
Say, “The Lord has redeemed His servant Jacob.”
They did not thirst when He led them through the deserts.
He made the water flow out of the rock for them;
He split the rock and the water gushed forth.

I cared for you in the wilderness,
In the land of drought.

One of them named Agabus stood up and began to indicate by the Spirit that there would certainly be a great famine all over the world. And this took place in the reign of Claudius. And in the proportion that any of the disciples had means, each of them determined to send a contribution for the relief of the brethren living in Judea.

“Arise, go to Zarephath, which belongs to Sidon, and stay there; behold, I have commanded a widow there to provide for you.”

Now it happened after many days that the word of the Lord came to Elijah in the third year, saying, “Go, show yourself to Ahab, and I will send rain on the face of the earth.” So Elijah went to show himself to Ahab. Now the famine was severe in Samaria. Ahab called Obadiah who was over the household. (Now Obadiah feared the Lord greatly;read more.
for when Jezebel destroyed the prophets of the Lord, Obadiah took a hundred prophets and hid them by fifties in a cave, and provided them with bread and water.)