32 Bible Verses about Fools, In Teaching Of Jesus Christ 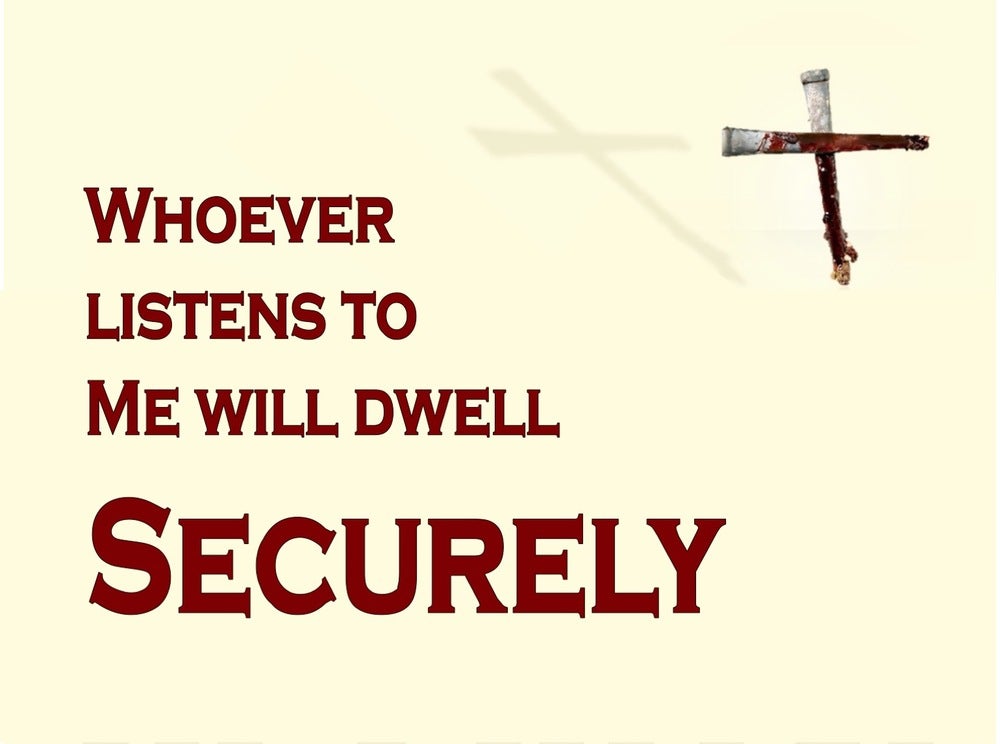 Let them alone; they are blind guides of the blind. And if a blind man guides a blind man, both will fall into a pit.”

Luke 6:39
Verse Concepts
People Falling From A HeightDitchesHoles In The GroundBlindness, Symbolic
BlindnessPitsParables Of Christ

And He also spoke a parable to them: “A blind man cannot guide a blind man, can he? Will they not both fall into a pit?

But the Lord said to him, “Now you Pharisees clean the outside of the cup and of the platter; but inside of you, you are full of robbery and wickedness. You foolish ones, did not He who made the outside make the inside also?

And He said to them, “O foolish men and slow of heart to believe in all that the prophets have spoken!

Jesus said, “Are you still lacking in understanding also? Do you not understand that everything that goes into the mouth passes into the stomach, and is eliminated? But the things that proceed out of the mouth come from the heart, and those defile the man.read more.
For out of the heart come evil thoughts, murders, adulteries, fornications, thefts, false witness, slanders. These are the things which defile the man; but to eat with unwashed hands does not defile the man.”

And He was saying, “That which proceeds out of the man, that is what defiles the man. For from within, out of the heart of men, proceed the evil thoughts, fornications, thefts, murders, adulteries, deeds of coveting and wickedness, as well as deceit, sensuality, envy, slander, pride and foolishness.read more.
All these evil things proceed from within and defile the man.”

And Jesus, aware of this, *said to them, “Why do you discuss the fact that you have no bread? Do you not yet see or understand? Do you have a hardened heart?

Do you not yet understand or remember the five loaves of the five thousand, and how many baskets full you picked up?

Mark 9:32
Verse Concepts
Not Understanding SayingsFear, Of Unknown
Not Asking Others

But they did not understand this statement, and they were afraid to ask Him.

After that, He appeared in a different form to two of them while they were walking along on their way to the country. They went away and reported it to the others, but they did not believe them either. Afterward He appeared to the eleven themselves as they were reclining at the table; and He reproached them for their unbelief and hardness of heart, because they had not believed those who had seen Him after He had risen.

“Though he piles up silver like dust
And prepares garments as plentiful as the clay,
He may prepare it, but the just will wear it
And the innocent will divide the silver.
“He has built his house like the spider’s web,
Or as a hut which the watchman has made.
read more.
“He lies down rich, but never again;
He opens his eyes, and it is no longer.

The king reflected and said, ‘Is this not Babylon the great, which I myself have built as a royal residence by the might of my power and for the glory of my majesty?’ While the word was in the king’s mouth, a voice came from heaven, saying, ‘King Nebuchadnezzar, to you it is declared: sovereignty has been removed from you,

But the one who has heard and has not acted accordingly, is like a man who built a house on the ground without any foundation; and the torrent burst against it and immediately it collapsed, and the ruin of that house was great.”

“Then they will call on me, but I will not answer;
They will seek me diligently but they will not find me,
Because they hated knowledge
And did not choose the fear of the Lord.
“They would not accept my counsel,
They spurned all my reproof.
read more.
“So they shall eat of the fruit of their own way
And be satiated with their own devices.
“For the waywardness of the naive will kill them,
And the complacency of fools will destroy them.
“But he who listens to me shall live securely
And will be at ease from the dread of evil.”

“I have spread out My hands all day long to a rebellious people,
Who walk in the way which is not good, following their own thoughts,

‘Now hear this, O foolish and senseless people,
Who have eyes but do not see;
Who have ears but do not hear.
‘Do you not fear Me?’ declares the Lord.
‘Do you not tremble in My presence?
For I have placed the sand as a boundary for the sea,
An eternal decree, so it cannot cross over it.
Though the waves toss, yet they cannot prevail;
Though they roar, yet they cannot cross over it.
‘But this people has a stubborn and rebellious heart;
They have turned aside and departed.
read more.
‘They do not say in their heart,
“Let us now fear the Lord our God,
Who gives rain in its season,
Both the autumn rain and the spring rain,
Who keeps for us
The appointed weeks of the harvest.”
‘Your iniquities have turned these away,
And your sins have withheld good from you.

This wicked people, who refuse to listen to My words, who walk in the stubbornness of their hearts and have gone after other gods to serve them and to bow down to them, let them be just like this waistband which is totally worthless.

“Then the kingdom of heaven will be comparable to ten virgins, who took their lamps and went out to meet the bridegroom. Five of them were foolish, and five were prudent. For when the foolish took their lamps, they took no oil with them,read more.
but the prudent took oil in flasks along with their lamps. Now while the bridegroom was delaying, they all got drowsy and began to sleep. But at midnight there was a shout, ‘Behold, the bridegroom! Come out to meet him.’ Then all those virgins rose and trimmed their lamps. The foolish said to the prudent, ‘Give us some of your oil, for our lamps are going out.’ But the prudent answered, ‘No, there will not be enough for us and you too; go instead to the dealers and buy some for yourselves.’ And while they were going away to make the purchase, the bridegroom came, and those who were ready went in with him to the wedding feast; and the door was shut. Later the other virgins also came, saying, ‘Lord, lord, open up for us.’ But he answered, ‘Truly I say to you, I do not know you.’ Be on the alert then, for you do not know the day nor the hour.

Therefore, be on the alert—for you do not know when the master of the house is coming, whether in the evening, at midnight, or when the rooster crows, or in the morning— in case he should come suddenly and find you asleep.

“Be dressed in readiness, and keep your lamps lit. Be like men who are waiting for their master when he returns from the wedding feast, so that they may immediately open the door to him when he comes and knocks.

Proverbs 1:32
Verse Concepts
Death For Other ReasonsapostasyComplacency
UnderestimationFolly, Effects Of