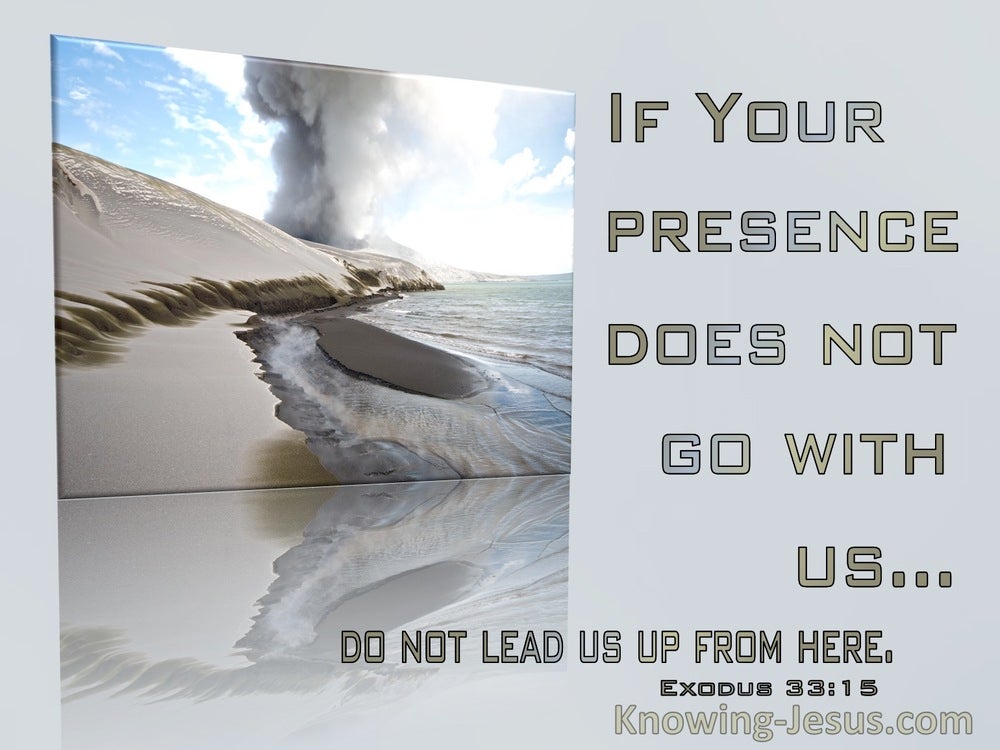 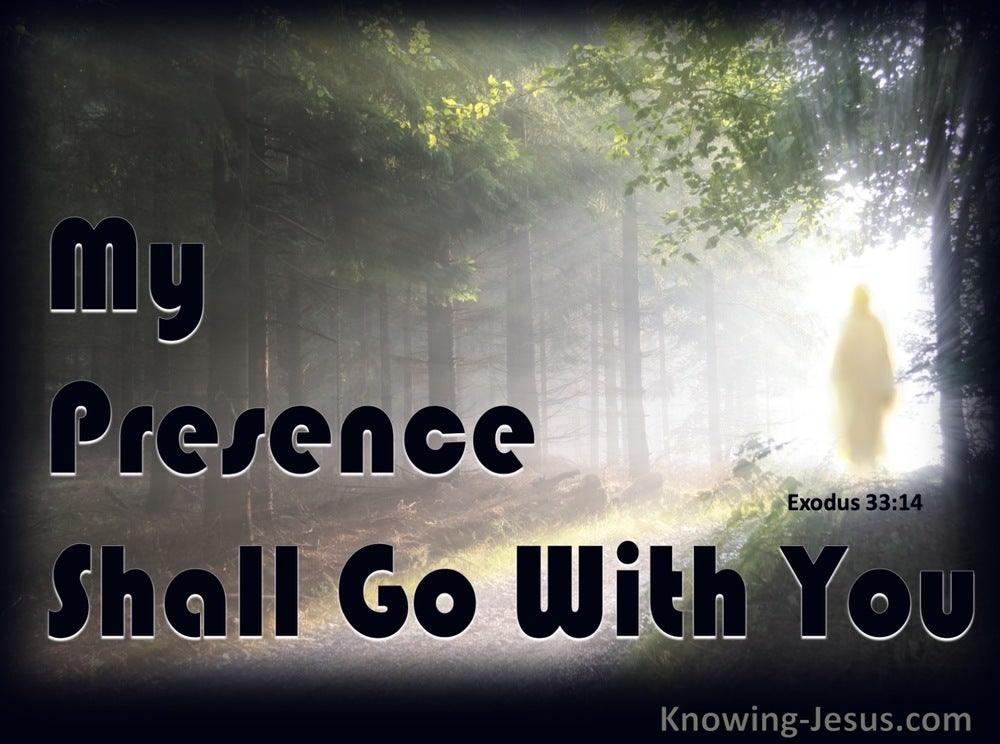 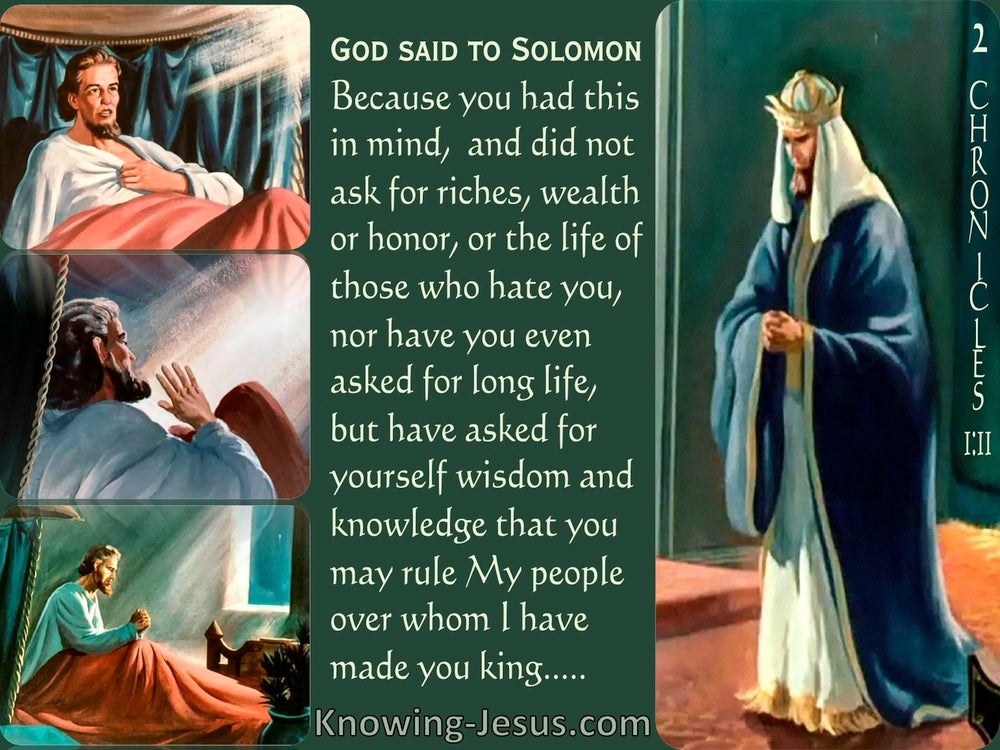 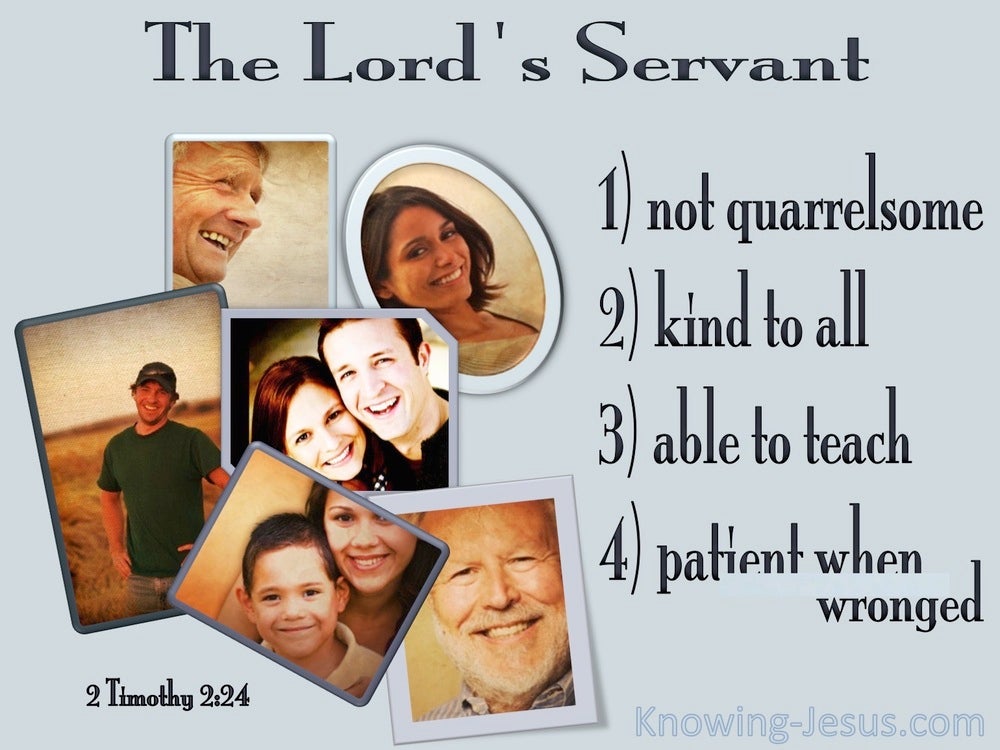 But go now, lead the people where I told you. Behold, My angel shall go before you; nevertheless in the day when I punish, I will punish them for their sin.”

Then Moses said to the Lord, “See, You say to me, ‘Bring up this people!’ But You Yourself have not let me know whom You will send with me. Moreover, You have said, ‘I have known you by name, and you have also found favor in My sight.’ Now therefore, I pray You, if I have found favor in Your sight, let me know Your ways that I may know You, so that I may find favor in Your sight. Consider too, that this nation is Your people.” And He said, “My presence shall go with you, and I will give you rest.”read more.
Then he said to Him, “If Your presence does not go with us, do not lead us up from here. For how then can it be known that I have found favor in Your sight, I and Your people? Is it not by Your going with us, so that we, I and Your people, may be distinguished from all the other people who are upon the face of the earth?” The Lord said to Moses, “I will also do this thing of which you have spoken; for you have found favor in My sight and I have known you by name.”

Then the Lord said to me, ‘Arise, proceed on your journey ahead of the people, that they may go in and possess the land which I swore to their fathers to give them.’

Deuteronomy 31:2
Verse Concepts
Going Out And Coming In

And he said to them, “I am a hundred and twenty years old today; I am no longer able to come and go, and the Lord has said to me, ‘You shall not cross this Jordan.’

Then Moses spoke to the Lord, saying, “May the Lord, the God of the spirits of all flesh, appoint a man over the congregation, who will go out and come in before them, and who will lead them out and bring them in, so that the congregation of the Lord will not be like sheep which have no shepherd.”read more.
So the Lord said to Moses, “Take Joshua the son of Nun, a man in whom is the Spirit, and lay your hand on him;

Joshua the son of Nun, who stands before you, he shall enter there; encourage him, for he will cause Israel to inherit it.

But charge Joshua and encourage him and strengthen him, for he shall go across at the head of this people, and he will give them as an inheritance the land which you will see.’

Be strong and courageous, for you shall give this people possession of the land which I swore to their fathers to give them.

He said to them, “Look at me and do likewise. And behold, when I come to the outskirts of the camp, do as I do.

Then all the tribes of Israel came to David at Hebron and said, “Behold, we are your bone and your flesh. Previously, when Saul was king over us, you were the one who led Israel out and in. And the Lord said to you, ‘You will shepherd My people Israel, and you will be a ruler over Israel.’”

Then all Israel gathered to David at Hebron and said, “Behold, we are your bone and your flesh. In times past, even when Saul was king, you were the one who led out and brought in Israel; and the Lord your God said to you, ‘You shall shepherd My people Israel, and you shall be prince over My people Israel.’”

He also chose David His servant
And took him from the sheepfolds;
From the care of the ewes with suckling lambs He brought him
To shepherd Jacob His people,
And Israel His inheritance.
So he shepherded them according to the integrity of his heart,
And guided them with his skillful hands.

In Gibeon the Lord appeared to Solomon in a dream at night; and God said, “Ask what you wish Me to give you.” Then Solomon said, “You have shown great lovingkindness to Your servant David my father, according as he walked before You in truth and righteousness and uprightness of heart toward You; and You have reserved for him this great lovingkindness, that You have given him a son to sit on his throne, as it is this day. Now, O Lord my God, You have made Your servant king in place of my father David, yet I am but a little child; I do not know how to go out or come in.read more.
Your servant is in the midst of Your people which You have chosen, a great people who are too many to be numbered or counted. So give Your servant an understanding heart to judge Your people to discern between good and evil. For who is able to judge this great people of Yours?” It was pleasing in the sight of the Lord that Solomon had asked this thing. God said to him, “Because you have asked this thing and have not asked for yourself long life, nor have asked riches for yourself, nor have you asked for the life of your enemies, but have asked for yourself discernment to understand justice, behold, I have done according to your words. Behold, I have given you a wise and discerning heart, so that there has been no one like you before you, nor shall one like you arise after you. I have also given you what you have not asked, both riches and honor, so that there will not be any among the kings like you all your days.

In that night God appeared to Solomon and said to him, “Ask what I shall give you.” Solomon said to God, “You have dealt with my father David with great lovingkindness, and have made me king in his place. Now, O Lord God, Your promise to my father David is fulfilled, for You have made me king over a people as numerous as the dust of the earth.read more.
Give me now wisdom and knowledge, that I may go out and come in before this people, for who can rule this great people of Yours?” God said to Solomon, “Because you had this in mind, and did not ask for riches, wealth or honor, or the life of those who hate you, nor have you even asked for long life, but you have asked for yourself wisdom and knowledge that you may rule My people over whom I have made you king, wisdom and knowledge have been granted to you. And I will give you riches and wealth and honor, such as none of the kings who were before you has possessed nor those who will come after you.”

True instruction was in his mouth and unrighteousness was not found on his lips; he walked with Me in peace and uprightness, and he turned many back from iniquity. For the lips of a priest should preserve knowledge, and men should seek instruction from his mouth; for he is the messenger of the Lord of hosts.

“Then I will give you shepherds after My own heart, who will feed you on knowledge and understanding.

“Then I Myself will gather the remnant of My flock out of all the countries where I have driven them and bring them back to their pasture, and they will be fruitful and multiply. I will also raise up shepherds over them and they will tend them; and they will not be afraid any longer, nor be terrified, nor will any be missing,” declares the Lord.

And He gave some as apostles, and some as prophets, and some as evangelists, and some as pastors and teachers, for the equipping of the saints for the work of service, to the building up of the body of Christ; until we all attain to the unity of the faith, and of the knowledge of the Son of God, to a mature man, to the measure of the stature which belongs to the fullness of Christ.

The Lord’s bond-servant must not be quarrelsome, but be kind to all, able to teach, patient when wronged, with gentleness correcting those who are in opposition, if perhaps God may grant them repentance leading to the knowledge of the truth, and they may come to their senses and escape from the snare of the devil, having been held captive by him to do his will.

For I have chosen him, so that he may command his children and his household after him to keep the way of the Lord by doing righteousness and justice, so that the Lord may bring upon Abraham what He has spoken about him.”

I have directed you in the way of wisdom;
I have led you in upright paths.
When you walk, your steps will not be impeded;
And if you run, you will not stumble.
Take hold of instruction; do not let go.
Guard her, for she is your life.

My son, observe the commandment of your father
And do not forsake the teaching of your mother;
Bind them continually on your heart;
Tie them around your neck.
When you walk about, they will guide you;
When you sleep, they will watch over you;
And when you awake, they will talk to you.
read more.
For the commandment is a lamp and the teaching is light;
And reproofs for discipline are the way of life

A wise son accepts his father’s discipline,
But a scoffer does not listen to rebuke.

Train up a child in the way he should go,
Even when he is old he will not depart from it.

Fathers, do not provoke your children to anger, but bring them up in the discipline and instruction of the Lord.

(But from my youth he grew up with me as with a father,
And from infancy I guided her),

The heart of the wise instructs his mouth
And adds persuasiveness to his lips.

This was because an extraordinary spirit, knowledge and insight, interpretation of dreams, explanation of enigmas and solving of difficult problems were found in this Daniel, whom the king named Belteshazzar. Let Daniel now be summoned and he will declare the interpretation.” Then Daniel was brought in before the king. The king spoke and said to Daniel, “Are you that Daniel who is one of the exiles from Judah, whom my father the king brought from Judah? Now I have heard about you that a spirit of the gods is in you, and that illumination, insight and extraordinary wisdom have been found in you.read more.
Just now the wise men and the conjurers were brought in before me that they might read this inscription and make its interpretation known to me, but they could not declare the interpretation of the message. But I personally have heard about you, that you are able to give interpretations and solve difficult problems. Now if you are able to read the inscription and make its interpretation known to me, you will be clothed with purple and wear a necklace of gold around your neck, and you will have authority as the third ruler in the kingdom.” Then Daniel answered and said before the king, “Keep your gifts for yourself or give your rewards to someone else; however, I will read the inscription to the king and make the interpretation known to him.