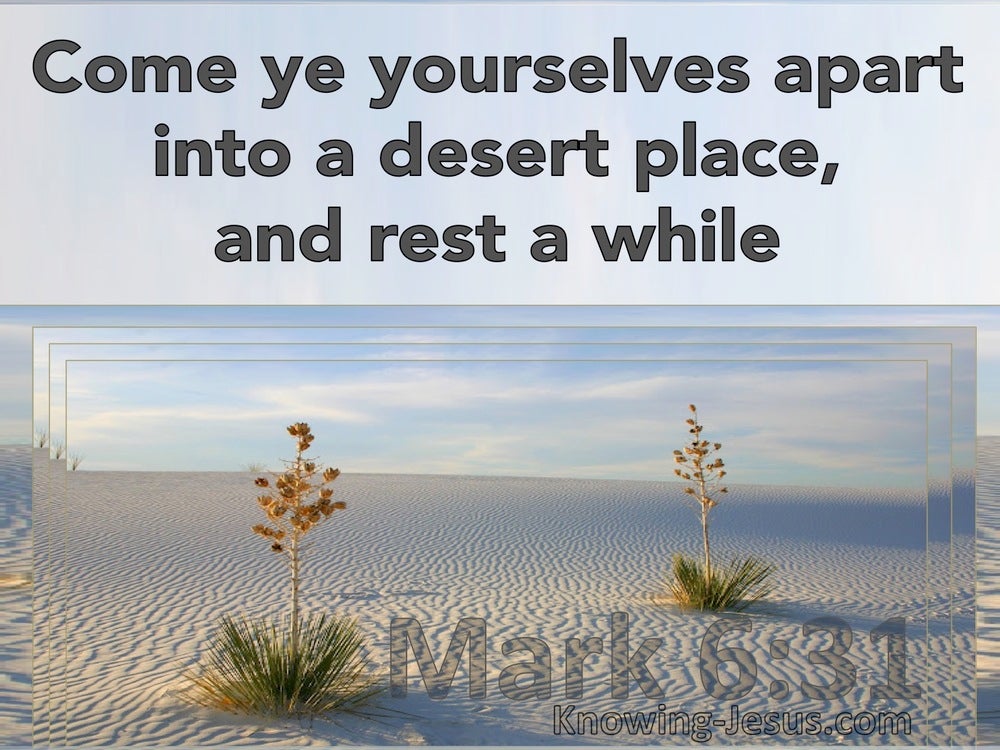 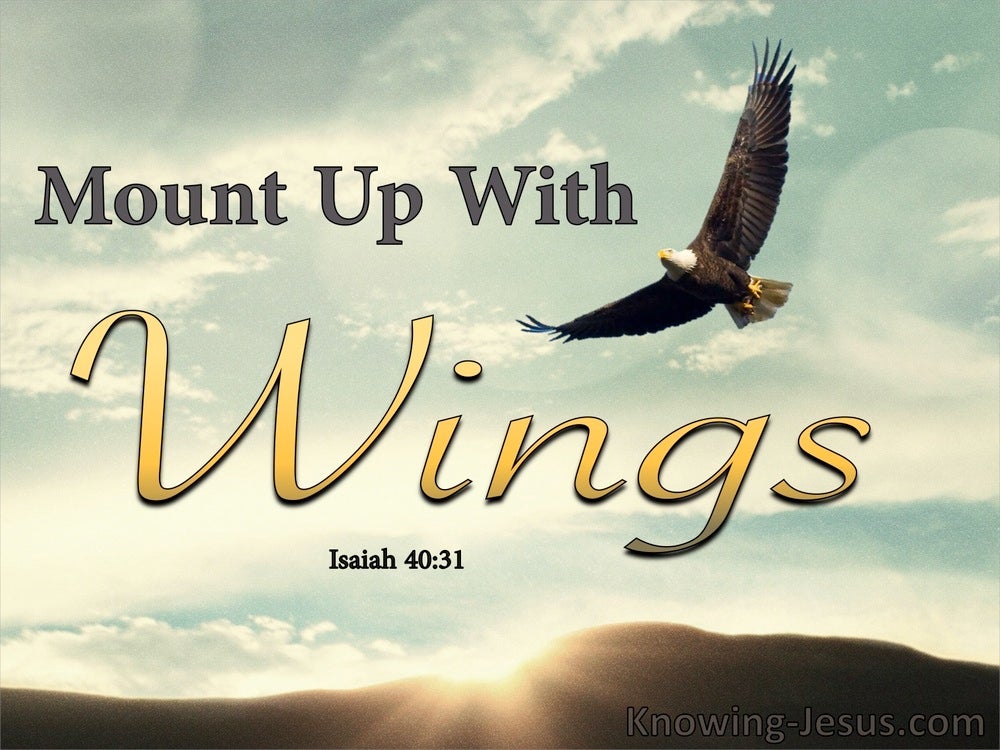 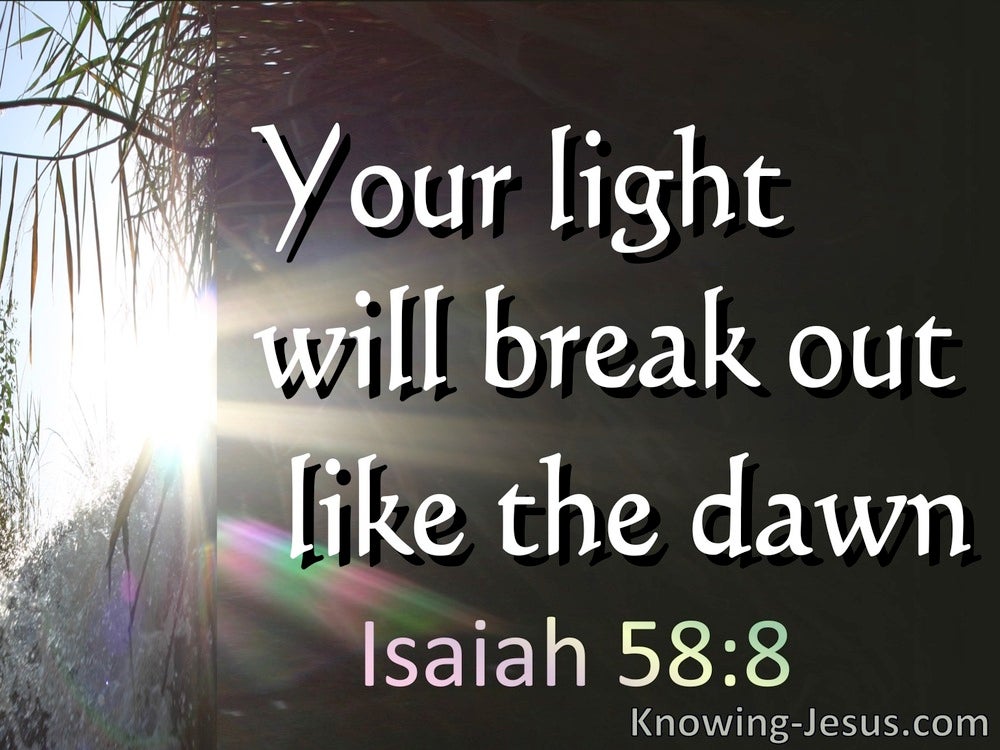 And He *said to them, “Come away by yourselves to a secluded place and rest a while.” (For there were many people coming and going, and they did not even have time to eat.)

“Six days you are to do your work, but on the seventh day you shall cease from labor so that your ox and your donkey may rest, and the son of your female slave, as well as your stranger, may refresh themselves.

‘For six days work may be done, but on the seventh day there is a sabbath of complete rest, a holy convocation. You shall not do any work; it is a sabbath to the Lord in all your dwellings.

It so happened when they were in high spirits, that they said, “Call for Samson, that he may amuse us.” So they called for Samson from the prison, and he entertained them. And they made him stand between the pillars.

God was with the lad, and he grew; and he lived in the wilderness and became an archer.

So the next day they rose early and offered burnt offerings, and brought peace offerings; and the people sat down to eat and to drink, and rose up to play.

and you shall sacrifice peace offerings and eat there, and rejoice before the Lord your God.

Among those nations you shall find no rest, and there will be no resting place for the sole of your foot; but there the Lord will give you a trembling heart, failing of eyes, and despair of soul.

Then Samson said to them, “Let me now propound a riddle to you; if you will indeed tell it to me within the seven days of the feast, and find it out, then I will give you thirty linen wraps and thirty changes of clothes. But if you are unable to tell me, then you shall give me thirty linen wraps and thirty changes of clothes.” And they said to him, “Propound your riddle, that we may hear it.” So he said to them,
“Out of the eater came something to eat,
And out of the strong came something sweet.”
But they could not tell the riddle in three days.read more.
Then it came about on the fourth day that they said to Samson’s wife, “Entice your husband, so that he will tell us the riddle, or we will burn you and your father’s house with fire. Have you invited us to impoverish us? Is this not so?” Samson’s wife wept before him and said, “You only hate me, and you do not love me; you have propounded a riddle to the sons of my people, and have not told it to me.” And he said to her, “Behold, I have not told it to my father or mother; so should I tell you?” However she wept before him seven days while their feast lasted. And on the seventh day he told her because she pressed him so hard. She then told the riddle to the sons of her people. So the men of the city said to him on the seventh day before the sun went down,
“What is sweeter than honey?
And what is stronger than a lion?”And he said to them,“If you had not plowed with my heifer,
You would not have found out my riddle.”

While they were celebrating, behold, the men of the city, certain worthless fellows, surrounded the house, pounding the door; and they spoke to the owner of the house, the old man, saying, “Bring out the man who came into your house that we may have relations with him.” Then the man, the owner of the house, went out to them and said to them, “No, my fellows, please do not act so wickedly; since this man has come into my house, do not commit this act of folly. Here is my virgin daughter and his concubine. Please let me bring them out that you may ravish them and do to them whatever you wish. But do not commit such an act of folly against this man.”read more.
But the men would not listen to him. So the man seized his concubine and brought her out to them; and they raped her and abused her all night until morning, then let her go at the approach of dawn. As the day began to dawn, the woman came and fell down at the doorway of the man’s house where her master was, until full daylight.

Then Abner said to Joab, “Now let the young men arise and hold a contest before us.” And Joab said, “Let them arise.”

Then on the second day the heads of fathers’ households of all the people, the priests and the Levites were gathered to Ezra the scribe that they might gain insight into the words of the law. They found written in the law how the Lord had commanded through Moses that the sons of Israel should live in booths during the feast of the seventh month. So they proclaimed and circulated a proclamation in all their cities and in Jerusalem, saying, “Go out to the hills, and bring olive branches and wild olive branches, myrtle branches, palm branches and branches of other leafy trees, to make booths, as it is written.”read more.
So the people went out and brought them and made booths for themselves, each on his roof, and in their courts and in the courts of the house of God, and in the square at the Water Gate and in the square at the Gate of Ephraim. The entire assembly of those who had returned from the captivity made booths and lived in them. The sons of Israel had indeed not done so from the days of Joshua the son of Nun to that day. And there was great rejoicing.

“They send forth their little ones like the flock,
And their children skip about.

There the ships move along,
And Leviathan, which You have formed to sport in it.

I said to myself, “Come now, I will test you with pleasure. So enjoy yourself.” And behold, it too was futility. I said of laughter, “It is madness,” and of pleasure, “What does it accomplish?” I explored with my mind how to stimulate my body with wine while my mind was guiding me wisely, and how to take hold of folly, until I could see what good there is for the sons of men to do under heaven the few years of their lives.

Though youths grow weary and tired,
And vigorous young men stumble badly,
Yet those who wait for the Lord
Will gain new strength;
They will mount up with wings like eagles,
They will run and not get tired,
They will walk and not become weary.

‘Why have we fasted and You do not see?
Why have we humbled ourselves and You do not notice?’
Behold, on the day of your fast you find your desire,
And drive hard all your workers.
“Behold, you fast for contention and strife and to strike with a wicked fist.
You do not fast like you do today to make your voice heard on high.
“Is it a fast like this which I choose, a day for a man to humble himself?
Is it for bowing one’s head like a reed
And for spreading out sackcloth and ashes as a bed?
Will you call this a fast, even an acceptable day to the Lord?
read more.
“Is this not the fast which I choose,
To loosen the bonds of wickedness,
To undo the bands of the yoke,
And to let the oppressed go free
And break every yoke?
“Is it not to divide your bread with the hungry
And bring the homeless poor into the house;
When you see the naked, to cover him;
And not to hide yourself from your own flesh?
“Then your light will break out like the dawn,
And your recovery will speedily spring forth;
And your righteousness will go before you;
The glory of the Lord will be your rear guard.
“Then you will call, and the Lord will answer;
You will cry, and He will say, ‘Here I am.’
If you remove the yoke from your midst,
The pointing of the finger and speaking wickedness,
And if you give yourself to the hungry
And satisfy the desire of the afflicted,
Then your light will rise in darkness
And your gloom will become like midday.
“And the Lord will continually guide you,
And satisfy your desire in scorched places,
And give strength to your bones;
And you will be like a watered garden,
And like a spring of water whose waters do not fail.
“Those from among you will rebuild the ancient ruins;
You will raise up the age-old foundations;
And you will be called the repairer of the breach,
The restorer of the streets in which to dwell. “If because of the sabbath, you turn your foot
From doing your own pleasure on My holy day,
And call the sabbath a delight, the holy day of the Lord honorable,
And honor it, desisting from your own ways,
From seeking your own pleasure
And speaking your own word,
Then you will take delight in the Lord,
And I will make you ride on the heights of the earth;
And I will feed you with the heritage of Jacob your father,
For the mouth of the Lord has spoken.”

Who improvise to the sound of the harp,
And like David have composed songs for themselves,

“But to what shall I compare this generation? It is like children sitting in the market places, who call out to the other children, and say, ‘We played the flute for you, and you did not dance; we sang a dirge, and you did not mourn.’

At the same time they also learn to be idle, as they go around from house to house; and not merely idle, but also gossips and busybodies, talking about things not proper to mention.