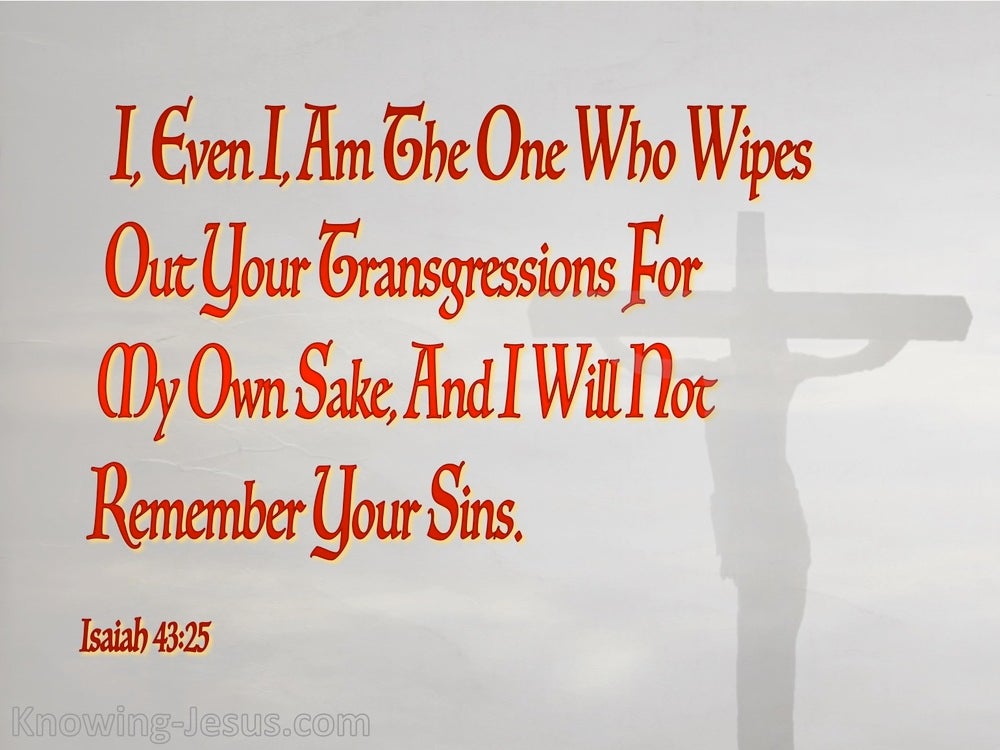 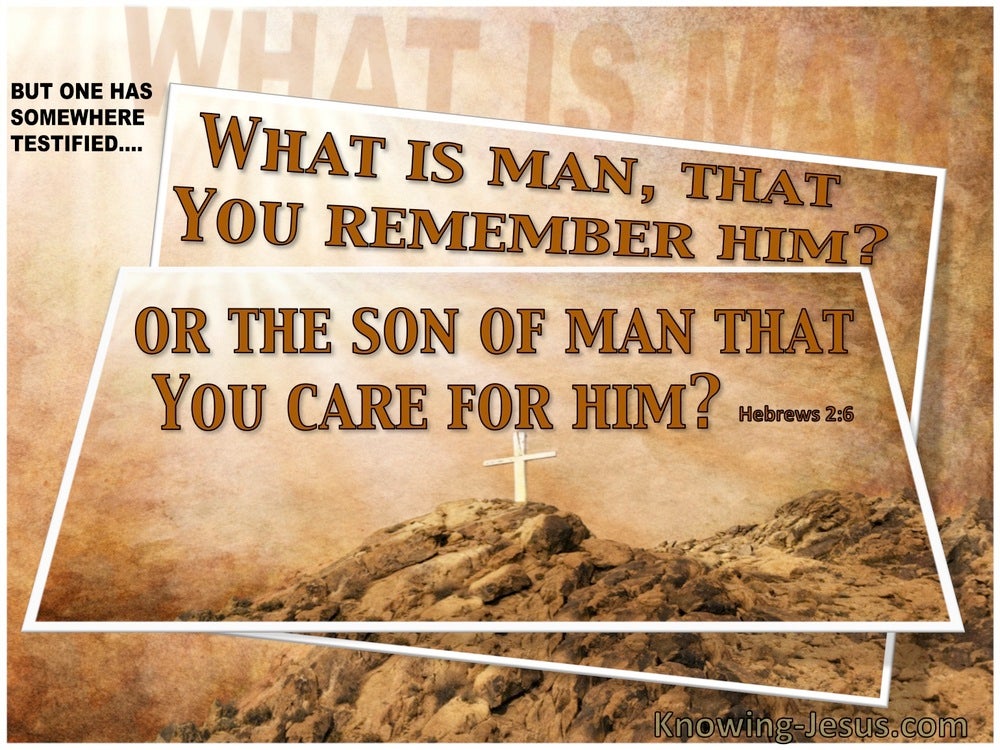 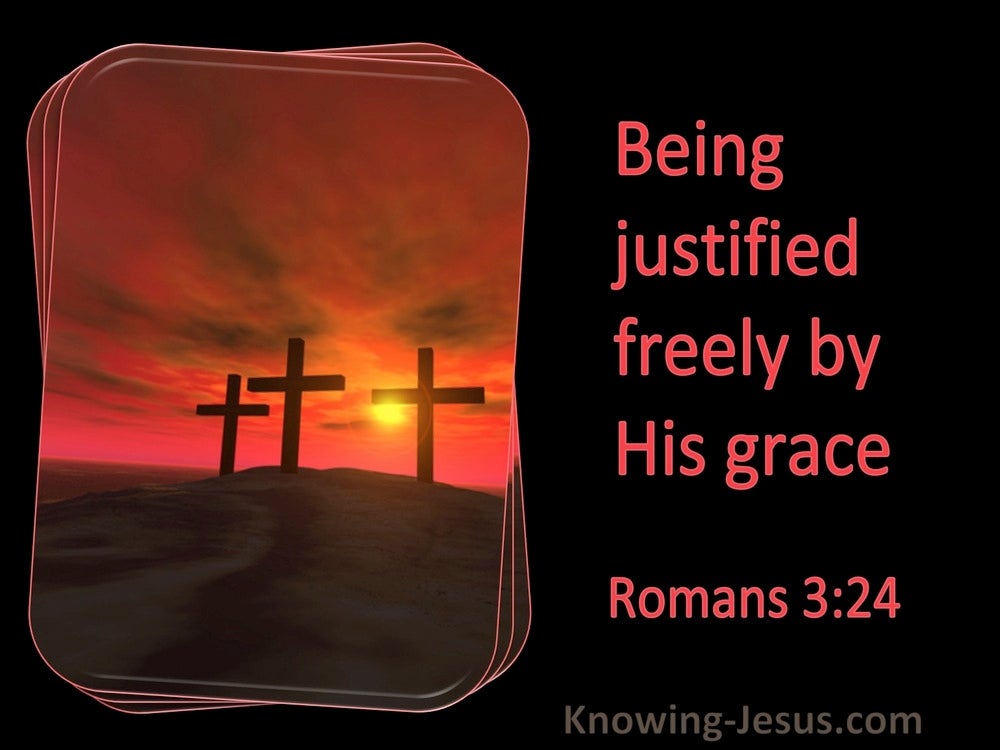 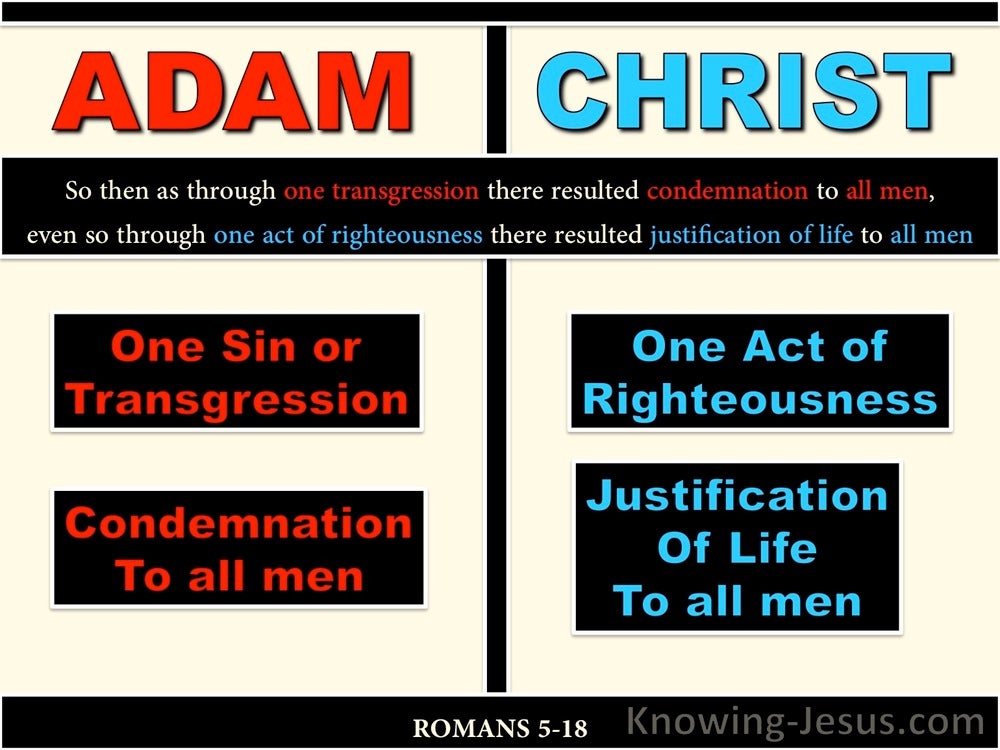 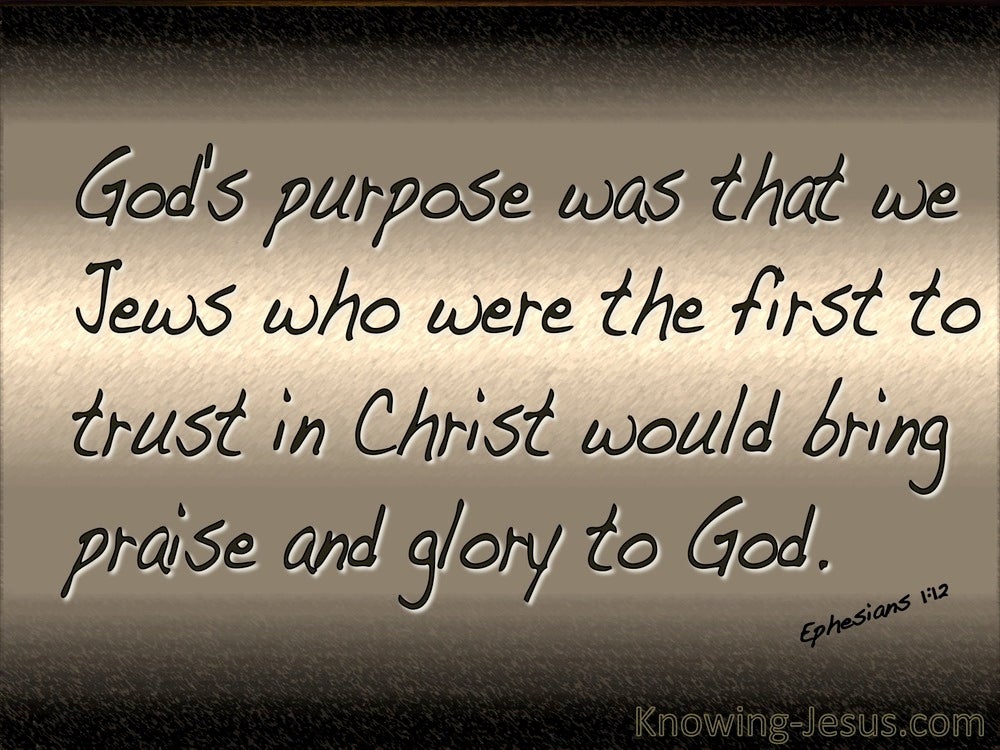 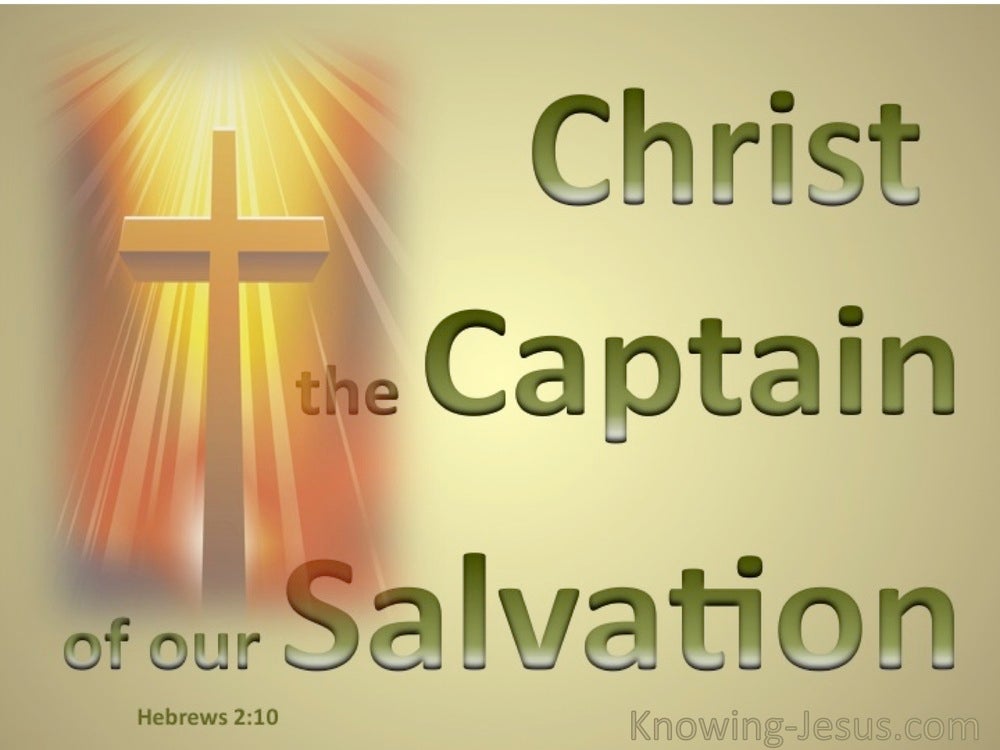 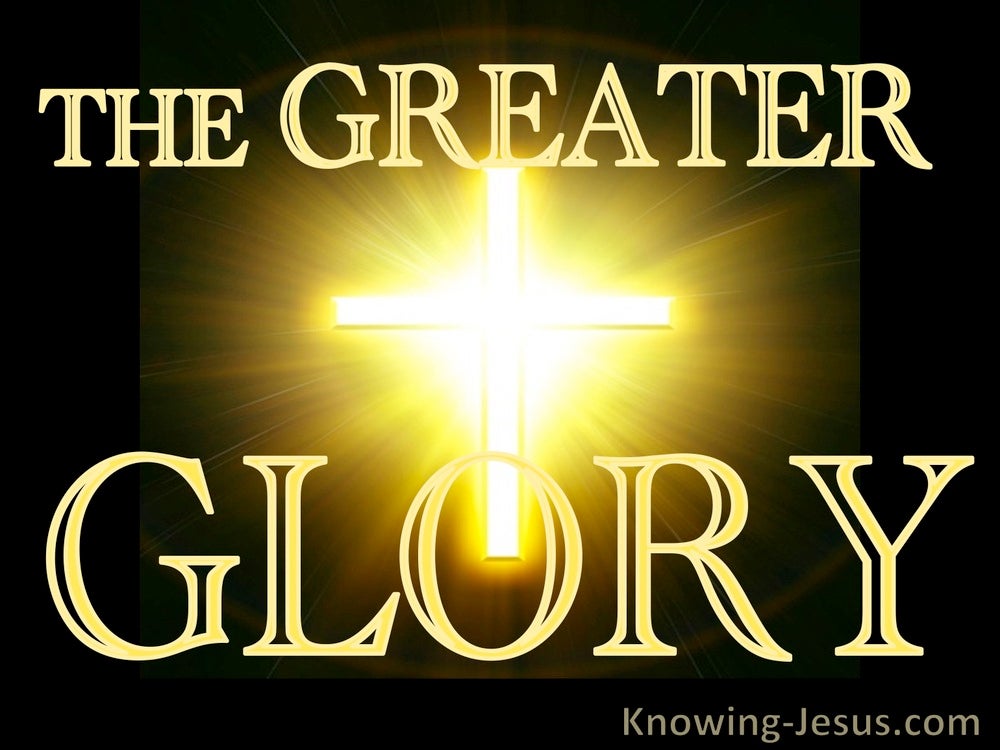 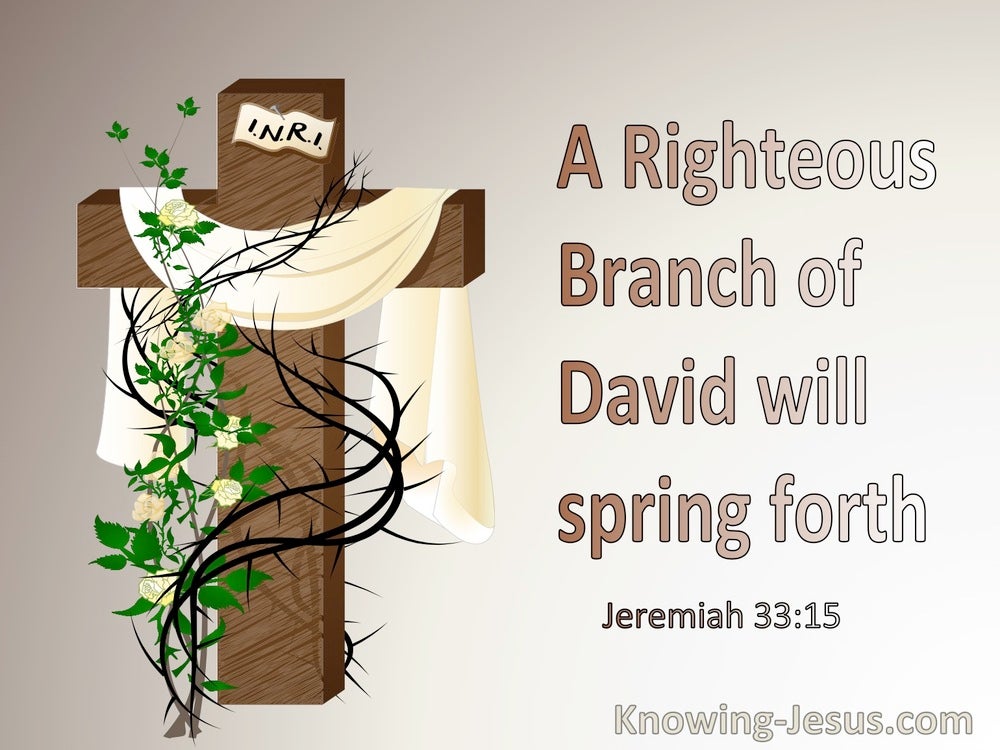 As far as the east is from the west,
So far has He removed our transgressions from us.

“Lo, for my own welfare I had great bitterness;
It is You who has kept my soul from the pit of nothingness,
For You have cast all my sins behind Your back.

“I, even I, am the one who wipes out your transgressions for My own sake,
And I will not remember your sins.

Ezekiel 20:44
Verse Concepts
For The Sake Of His Name

“My lovingkindness I will keep for him forever,
And My covenant shall be confirmed to him.

But one has testified somewhere, saying,
“What is man, that You remember him?
Or the son of man, that You are concerned about him?
“You have made him for a little while lower than the angels;
You have crowned him with glory and honor,
And have appointed him over the works of Your hands;
You have put all things in subjection under his feet.”For in subjecting all things to him, He left nothing that is not subject to him. But now we do not yet see all things subjected to him.

What is man that You take thought of him,
And the son of man that You care for him?
Yet You have made him a little lower than God,
And You crown him with glory and majesty!
You make him to rule over the works of Your hands;
You have put all things under his feet,

Everyone who is called by My name,
And whom I have created for My glory,
Whom I have formed, even whom I have made.”

for all have sinned and fall short of the glory of God, being justified as a gift by His grace through the redemption which is in Christ Jesus;

It was for this He called you through our gospel, that you may gain the glory of our Lord Jesus Christ.

and if children, heirs also, heirs of God and fellow heirs with Christ, if indeed we suffer with Him so that we may also be glorified with Him.

Ephesians 1:12
Verse Concepts
The Hope Of The GospelTrusting God's PlanGod's Glory In The ChurchShowing Forth His Praise
Glory, Revelation OfBeing FirstHope, As Confidence

to the end that we who were the first to hope in Christ would be to the praise of His glory.

“Then I will restore your judges as at the first,
And your counselors as at the beginning;
After that you will be called the city of righteousness,
A faithful city.”

“Foreigners will build up your walls,
And their kings will minister to you;
For in My wrath I struck you,
And in My favor I have had compassion on you.

“I will strengthen the house of Judah,
And I will save the house of Joseph,
And I will bring them back,
Because I have had compassion on them;
And they will be as though I had not rejected them,
For I am the Lord their God and I will answer them.
“Ephraim will be like a mighty man,
And their heart will be glad as if from wine;
Indeed, their children will see it and be glad,
Their heart will rejoice in the Lord.
“I will whistle for them to gather them together,
For I have redeemed them;
And they will be as numerous as they were before.

Hosea 2:23
Verse Concepts
You Are Our GodThe Gentiles ConversionGod Will Show Mercy
Gentiles, In OtOutsiders

“I will sow her for Myself in the land.
I will also have compassion on her who had not obtained compassion,
And I will say to those who were not My people,
‘You are My people!’
And they will say, ‘You are my God!’”

As He says also in Hosea,
“I will call those who were not My people, ‘My people,’
And her who was not beloved, ‘beloved.’”

“Therefore, behold, I will allure her,
Bring her into the wilderness
And speak kindly to her.
“Then I will give her her vineyards from there,
And the valley of Achor as a door of hope.
And she will sing there as in the days of her youth,
As in the day when she came up from the land of Egypt.
“It will come about in that day,” declares the Lord,
“That you will call Me Ishi
And will no longer call Me Baali.
read more.
“For I will remove the names of the Baals from her mouth,
So that they will be mentioned by their names no more.
“In that day I will also make a covenant for them
With the beasts of the field,
The birds of the sky
And the creeping things of the ground.
And I will abolish the bow, the sword and war from the land,
And will make them lie down in safety.
“I will betroth you to Me forever;
Yes, I will betroth you to Me in righteousness and in justice,
In lovingkindness and in compassion,
And I will betroth you to Me in faithfulness.
Then you will know the Lord.

“Thus says the Lord, ‘Yet again there will be heard in this place, of which you say, “It is a waste, without man and without beast,” that is, in the cities of Judah and in the streets of Jerusalem that are desolate, without man and without inhabitant and without beast, the voice of joy and the voice of gladness, the voice of the bridegroom and the voice of the bride, the voice of those who say,
“Give thanks to the Lord of hosts,
For the Lord is good,
For His lovingkindness is everlasting”;
and of those who bring a thank offering into the house of the Lord. For I will restore the fortunes of the land as they were at first,’ says the Lord. “Thus says the Lord of hosts, ‘There will again be in this place which is waste, without man or beast, and in all its cities, a habitation of shepherds who rest their flocks.read more.
In the cities of the hill country, in the cities of the lowland, in the cities of the Negev, in the land of Benjamin, in the environs of Jerusalem and in the cities of Judah, the flocks will again pass under the hands of the one who numbers them,’ says the Lord. ‘Behold, days are coming,’ declares the Lord, ‘when I will fulfill the good word which I have spoken concerning the house of Israel and the house of Judah. In those days and at that time I will cause a righteous Branch of David to spring forth; and He shall execute justice and righteousness on the earth. In those days Judah will be saved and Jerusalem will dwell in safety; and this is the name by which she will be called: the Lord is our righteousness.’

However, the hair of his head began to grow again after it was shaved off.

Therefore, thus says the Lord,
“If you return, then I will restore you—
Before Me you will stand;
And if you extract the precious from the worthless,
You will become My spokesman.
They for their part may turn to you,
But as for you, you must not turn to them.

“But at the end of that period, I, Nebuchadnezzar, raised my eyes toward heaven and my reason returned to me, and I blessed the Most High and praised and honored Him who lives forever;
For His dominion is an everlasting dominion,
And His kingdom endures from generation to generation.
“All the inhabitants of the earth are accounted as nothing,
But He does according to His will in the host of heaven
And among the inhabitants of earth;
And no one can ward off His hand
Or say to Him, ‘What have You done?’
At that time my reason returned to me. And my majesty and splendor were restored to me for the glory of my kingdom, and my counselors and my nobles began seeking me out; so I was reestablished in my sovereignty, and surpassing greatness was added to me.

Now the word of the Lord came to Jonah the second time, saying, “Arise, go to Nineveh the great city and proclaim to it the proclamation which I am going to tell you.”

within three more days Pharaoh will lift up your head and restore you to your office; and you will put Pharaoh’s cup into his hand according to your former custom when you were his cupbearer.

Saul listened to the voice of Jonathan, and Saul vowed, “As the Lord lives, he shall not be put to death.” Then Jonathan called David, and Jonathan told him all these words. And Jonathan brought David to Saul, and he was in his presence as formerly.

David said to him, “Do not fear, for I will surely show kindness to you for the sake of your father Jonathan, and will restore to you all the land of your grandfather Saul; and you shall eat at my table regularly.”

So I bought her for myself for fifteen shekels of silver and a homer and a half of barley. Then I said to her, “You shall stay with me for many days. You shall not play the harlot, nor shall you have a man; so I will also be toward you.”

But the father said to his slaves, ‘Quickly bring out the best robe and put it on him, and put a ring on his hand and sandals on his feet; and bring the fattened calf, kill it, and let us eat and celebrate; for this son of mine was dead and has come to life again; he was lost and has been found.’ And they began to celebrate.