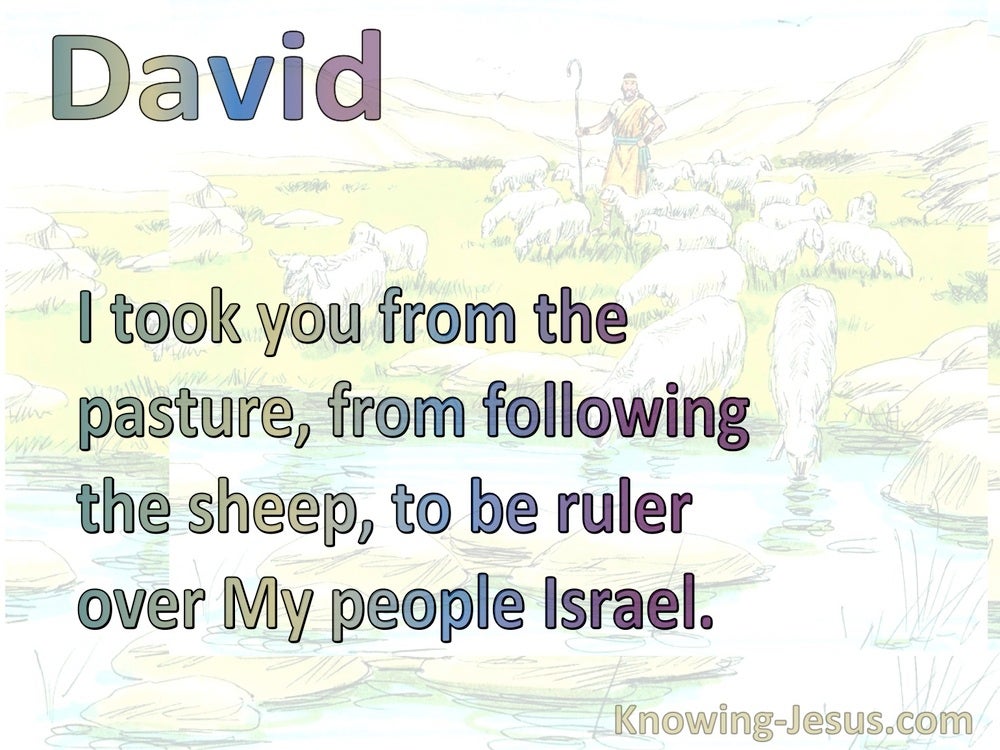 For not from the east, nor from the west,
Nor from the desert comes exaltation;

You shall be over my house, and according to your command all my people shall do homage; only in the throne I will be greater than you.”

So Haman took the robe and the horse, and arrayed Mordecai, and led him on horseback through the city square, and proclaimed before him, “Thus it shall be done to the man whom the king desires to honor.”

Then Belshazzar gave orders, and they clothed Daniel with purple and put a necklace of gold around his neck, and issued a proclamation concerning him that he now had authority as the third ruler in the kingdom.

and over them three commissioners (of whom Daniel was one), that these satraps might be accountable to them, and that the king might not suffer loss.

After these events King Ahasuerus promoted Haman, the son of Hammedatha the Agagite, and advanced him and established his authority over all the princes who were with him.

Then Haman recounted to them the glory of his riches, and the number of his sons, and every instance where the king had magnified him and how he had promoted him above the princes and servants of the king.

Luxury is not fitting for a fool;
Much less for a slave to rule over princes.

Under a slave when he becomes king,
And a fool when he is satisfied with food,

I have seen slaves riding on horses and princes walking like slaves on the land.

Now, therefore, it was not you who sent me here, but God; and He has made me a father to Pharaoh and lord of all his household and ruler over all the land of Egypt.

“Now therefore, thus you shall say to My servant David, ‘Thus says the Lord of hosts, “I took you from the pasture, from following the sheep, to be ruler over My people Israel.

Go, say to Jeroboam, ‘Thus says the Lord God of Israel, “Because I exalted you from among the people and made you leader over My people Israel,

But God is the Judge;
He puts down one and exalts another.

Psalm 78:70
Verse Concepts
No More Tending The FlockSheepfoldsCovenant, God's with DavidMinistry, Nature Of
God's Election Of DavidServanthood, In Life Of BelieversServants Of The Lord

He also chose David His servant
And took him from the sheepfolds;

Then the king promoted Daniel and gave him many great gifts, and he made him ruler over the whole province of Babylon and chief prefect over all the wise men of Babylon. And Daniel made request of the king, and he appointed Shadrach, Meshach and Abed-nego over the administration of the province of Babylon, while Daniel was at the king’s court.

It was at this time that He went off to the mountain to pray, and He spent the whole night in prayer to God. And when day came, He called His disciples to Him and chose twelve of them, whom He also named as apostles: Simon, whom He also named Peter, and Andrew his brother; and James and John; and Philip and Bartholomew;read more.
and Matthew and Thomas; James the son of Alphaeus, and Simon who was called the Zealot;

For not from the east, nor from the west,
Nor from the desert comes exaltation;
But God is the Judge;
He puts down one and exalts another.

Then this Daniel began distinguishing himself among the commissioners and satraps because he possessed an extraordinary spirit, and the king planned to appoint him over the entire kingdom.

“He has brought down rulers from their thrones,
And has exalted those who were humble.

Then Belshazzar gave orders, and they

Now the man Jeroboam was a valiant warrior, and when

and over them three commissioners (of whom

It came about that from the time he made him overseer in his house and over all that he owned, the Lord

Then Haman recounted to them the glory of his riches, and the

After these events King Ahasuerus

Now, therefore, it was not you who sent me here, but God; and He has made me a

“Now therefore, thus you shall say to My servant David, ‘Thus says the Lord of hosts, “

Promotion » Instances of » Jeroboam, from a slave to the throne

Then Jeroboam the son of Nebat, an Ephraimite of Zeredah, Solomon's servant, whose mother's name was Zeruah, a widow, also rebelled against the king. Now this was the reason why he rebelled against the king: Solomon built the Millo, and closed up the breach of the city of his father David. Now the man Jeroboam was a valiant warrior, and when Solomon saw that the young man was industrious, he appointed him over all the forced labor of the house of Joseph. read more.
It came about at that time, when Jeroboam went out of Jerusalem, that the prophet Ahijah the Shilonite found him on the road. Now Ahijah had clothed himself with a new cloak; and both of them were alone in the field. Then Ahijah took hold of the new cloak which was on him and tore it into twelve pieces. He said to Jeroboam, "Take for yourself ten pieces; for thus says the LORD, the God of Israel, 'Behold, I will tear the kingdom out of the hand of Solomon and give you ten tribes (but he will have one tribe, for the sake of My servant David and for the sake of Jerusalem, the city which I have chosen from all the tribes of Israel), because they have forsaken Me, and have worshiped Ashtoreth the goddess of the Sidonians, Chemosh the god of Moab, and Milcom the god of the sons of Ammon; and they have not walked in My ways, doing what is right in My sight and observing My statutes and My ordinances, as his father David did. 'Nevertheless I will not take the whole kingdom out of his hand, but I will make him ruler all the days of his life, for the sake of My servant David whom I chose, who observed My commandments and My statutes; but I will take the kingdom from his son's hand and give it to you, even ten tribes.

Promotion » Instances of » Baasha, "out of the dust" to the throne

Now the word of the LORD came to Jehu the son of Hanani against Baasha, saying, "Inasmuch as I exalted you from the dust and made you leader over My people Israel, and you have walked in the way of Jeroboam and have made My people Israel sin, provoking Me to anger with their sins,

Promotion » Instances of » Joseph, from imprisoned slave to prince

Promotion » As a reward of merit

Now David had said, “Whoever strikes down a Jebusite first shall be chief and commander.”

Promotion » Instances of » Daniel, from a captive to premier

therefore, you women will no longer see

“Now you, son of man, set your face against the daughters of your people who are