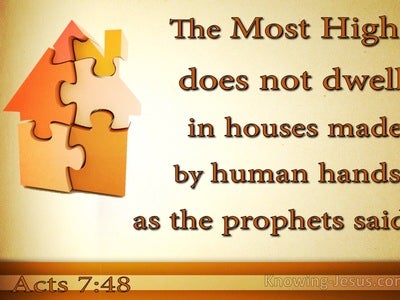 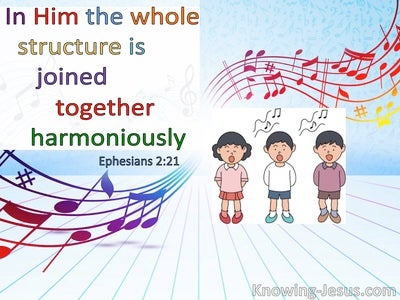 Because our sons are as plants, Becoming great in their youth, Our daughters as hewn stones, Polished -- the likeness of a palace,

of each the work shall become manifest, for the day shall declare it, because in fire it is revealed, and the work of each, what kind it is, the fire shall prove;

'God, who did make the world, and all things in it, this One, of heaven and of earth being Lord, in temples made with hands doth not dwell,

and Jesus was advancing in wisdom, and in stature, and in favour with God and men.

'But the Most High in sanctuaries made with hands doth not dwell, according as the prophet saith:

in whom all the building fitly framed together doth increase to an holy sanctuary in the Lord,

And David the king saith to all the assembly, 'Solomon my son -- the one on whom God hath fixed -- is young and tender, and the work is great, for not for man is the palace, but for Jehovah God;

Ezekiel 43:11
Verse Concepts
Plans For A New TempleShame Of Bad Conduct
The Law Given To IsraelDesign

For we have known that if our earthly house of the tabernacle may be thrown down, a building from God we have, an house not made with hands -- age-during -- in the heavens,

in visions of God He hath brought me in unto the land of Israel, and causeth me to rest on a very high mountain, and upon it is as the frame of a city on the south.

and the building of its wall was jasper, and the city is pure gold -- like to pure glass;

'And they have made for Me a sanctuary, and I have tabernacled in their midst;

'If I enter into the tent of my house, If I go up on the couch of my bed,

for if the things I threw down, these again I build up, a transgressor I set myself forth;

and this is that which thou dost with it: three hundred cubits is the length of the ark, fifty cubits its breadth, and thirty cubits its height;

And David saith, 'Solomon my son is a youth and tender, and the house to be built to Jehovah is to be made exceedingly great, for name and for beauty to all the lands; let me prepare, I pray Thee, for it;' and David prepareth in abundance before his death.

'Make for thyself an ark of gopher-wood; rooms dost thou make with the ark, and thou hast covered it within and without with cypress;

Then, therefore, ye are no more strangers and foreigners, but fellow-citizens of the saints, and of the household of God,

He leaneth on his house -- and it standeth not: He taketh hold on it -- and it abideth not.

All these are of precious stone, according to the measures of hewn work, sawn with a saw, within and without, even from the foundation unto the coping, and at the outside, unto the great court.

and he hath a son, and his name is Saul, a choice youth and goodly, and there is not a man among the sons of Israel goodlier than he -- from his shoulder and upward, higher than any of the people.

Then we have asked of these elders, thus we have said to them, Who hath made for you a decree this house to build, and this wall to finish?

At that time come to them hath Tatnai, governor beyond the river, and Shethar-Boznai, and their companions, and thus they are saying to them, 'Who hath made for you a decree this house to build, and this wall to finish?'

And he buildeth the couch against all the house, five cubits is its height, and it taketh hold of the house by cedar-wood.

And four shoulders are unto the four corners of the one base; out of the base are its shoulders.

and to Solomon my son give a perfect heart, to keep Thy commands, Thy testimonies, and Thy statutes, and to do the whole, even to build the palace for which I have prepared.'

Matthew 4:5
Verse Concepts
Top Of ThingsStatus Of The TempleThe DevilResisting Temptation
Holiness, As Set Apart For GodSuffering, Of Jesus ChristNames For Jerusalem

Then doth the Devil take him to the holy city, and doth set him on the pinnacle of the temple,

Then thus we have said to them, 'What are the names of the men who are building this building?'