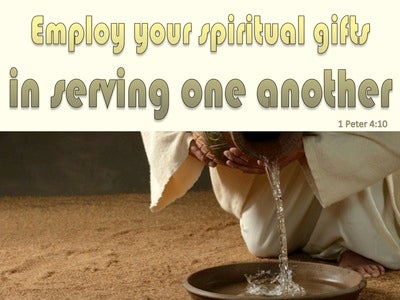 "For it is like a man, going on a journey, who called his own servants, and entrusted his goods to them.

For to everyone who has will be given, and he will have abundance, but from him who does not have, even that which he has will be taken away.

Immediately the one who received the five talents went and traded with them, and made another five talents.

"His lord said to him, 'Well done, good and faithful servant. You have been faithful over a few things, I will set you over many things. Enter into the joy of your lord.'

Great hailstones, about the weight of a talent, came down out of the sky on people. People blasphemed God because of the plague of the hail, for this plague is exceedingly severe.

In like manner he who got the two gained another two.

I was afraid, and went away and hid your talent in the earth. See, you have what is yours.'

Take away therefore the talent from him, and give it to him who has the ten talents.

When he had begun to reconcile, one was brought to him who owed him ten thousand talents.

Amaziah said to the man of God, "But what shall we do for the hundred talents which I have given to the army of Israel?" The man of God answered, "The LORD is able to give you much more than this."

"Now after a long time the lord of those servants came, and reconciled accounts with them.

"His lord said to him, 'Well done, good and faithful servant. You have been faithful over a few things, I will set you over many things. Enter into the joy of your lord.'

Naaman said, "Be pleased to take two talents." He urged him, and bound two talents of silver in two bags, with two changes of clothing, and laid them on two of his servants; and they carried them before him.

A man's gift makes room for him, and brings him before great men.

Throw out the unprofitable servant into the outer darkness, where there will be weeping and gnashing of teeth.'

1 Kings 20:39
Verse Concepts
Fine As PenaltyMissing Someone
Equality Of PunishmentCoinage

As the king passed by, he cried to the king; and he said, "Your servant went out into the midst of the battle; and behold, a man turned aside, and brought a man to me, and said, 'Guard this man. If by any means he be missing, then your life shall be for his life, or else you shall pay a talent of silver.'

He took the crown of their king from off his head; and its weight was a talent of gold, and in it were precious stones; and it was set on David's head. He brought out the spoil of the city, a very great amount.

The lord of that servant, being moved with compassion, released him, and forgave him the debt.

Another came, saying, 'Lord, look, your mina, which I kept laid away in a handkerchief,

The king of Egypt deposed him at Jerusalem, and fined the land one hundred talents of silver and a talent of gold.

They came to Ophir, and fetched from there gold, four hundred and twenty talents, and brought it to king Solomon.

The brass of the offering was seventy talents, and two thousand four hundred shekels.

Now the weight of gold that came to Solomon in one year was six hundred sixty-six talents of gold,

(and behold, a talent of lead was lifted up); and this is a woman sitting in the midst of the ephah basket."

It shall be made of a talent of pure gold, with all these accessories.

He made the most holy house: its length, according to the breadth of the house, was twenty cubits, and its breadth twenty cubits; and he overlaid it with fine gold, amounting to six hundred talents.

When he had begun to reconcile, one was brought to him who owed him ten thousand talents.

For who makes you different? And what do you have that you did not receive? But if you did receive it, why do you boast as if you had not received it?