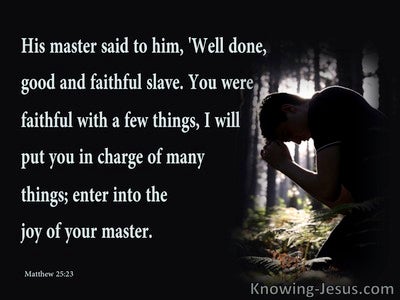 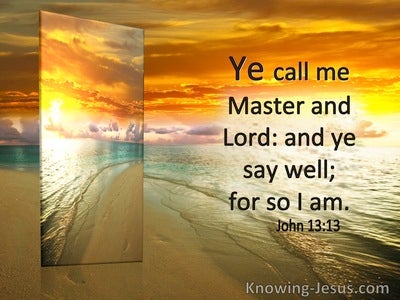 Every person is to be in subjection to the governing authorities. For there is no authority except from God, and those which exist are established by God.

“This sentence is by the decree of the angelic watchers
And the decision is a command of the holy ones,
In order that the living may know
That the Most High is ruler over the realm of mankind,
And bestows it on whom He wishes
And sets over it the lowliest of men.”

Jesus answered, “You would have no authority over Me, unless it had been given you from above; for this reason he who delivered Me to you has the greater sin.”

For I also am a man placed under authority, with soldiers under me; and I say to this one, ‘Go!’ and he goes, and to another, ‘Come!’ and he comes, and to my slave, ‘Do this!’ and he does it.”

Then let them gather all the food of these good years that are coming, and store up the grain for food in the cities under Pharaoh’s authority, and let them guard it.

You shall put some of your authority on him, in order that all the congregation of the sons of Israel may obey him.

So I took the heads of your tribes, wise and experienced men, and appointed them heads over you, leaders of thousands and of hundreds, of fifties and of tens, and officers for your tribes.

Would, therefore, that this people were under my authority! Then I would remove Abimelech.” And he said to Abimelech, “Increase your army and come out.”

We also inform you that it is not allowed to impose tax, tribute or toll on any of the priests, Levites, singers, doorkeepers, Nethinim or servants of this house of God.

Next to them Melatiah the Gibeonite and Jadon the Meronothite, the men of Gibeon and of Mizpah, also made repairs for the official seat of the governor of the province beyond the River.

And I will clothe him with your tunic
And tie your sash securely about him.
I will entrust him with your authority,
And he will become a father to the inhabitants of Jerusalem and to the house of Judah.

Then the king commanded Ebed-melech the Ethiopian, saying, “Take thirty men from here under your authority and bring up Jeremiah the prophet from the cistern before he dies.”

His master said to him, ‘Well done, good and faithful slave. You were faithful with a few things, I will put you in charge of many things; enter into the joy of your master.’

And he said to him, ‘Well done, good slave, because you have been faithful in a very little thing, you are to be in authority over ten cities.’

It is like a man away on a journey, who upon leaving his house and putting his slaves in charge, assigning to each one his task, also commanded the doorkeeper to stay on the alert.

So they watched Him, and sent spies who pretended to be righteous, in order that they might catch Him in some statement, so that they could deliver Him to the rule and the authority of the governor.

And when he learned that He belonged to Herod’s jurisdiction, he sent Him to Herod, who himself also was in Jerusalem at that time.

and here he has authority from the chief priests to bind all who call on Your name.”

Submit yourselves for the Lord’s sake to every human institution, whether to a king as the one in authority,

So Pilate *said to Him, “You do not speak to me? Do You not know that I have authority to release You, and I have authority to crucify You?” Jesus answered, “You would have no authority over Me, unless it had been given you from above; for this reason he who delivered Me to you has the greater sin.”

But Jesus called them to Himself and said, “You know that the rulers of the Gentiles lord it over them, and their great men exercise authority over them. It is not this way among you, but whoever wishes to become great among you shall be your servant, and whoever wishes to be first among you shall be your slave;read more.
just as the Son of Man did not come to be served, but to serve, and to give His life a ransom for many.”

*got up from supper, and *laid aside His garments; and taking a towel, He girded Himself. Then He *poured water into the basin, and began to wash the disciples’ feet and to wipe them with the towel with which He was girded. So He *came to Simon Peter. He *said to Him, “Lord, do You wash my feet?”read more.
Jesus answered and said to him, “What I do you do not realize now, but you will understand hereafter.” Peter *said to Him, “Never shall You wash my feet!” Jesus answered him, “If I do not wash you, you have no part with Me.” Simon Peter *said to Him, “Lord, then wash not only my feet, but also my hands and my head.” Jesus *said to him, “He who has bathed needs only to wash his feet, but is completely clean; and you are clean, but not all of you.” For He knew the one who was betraying Him; for this reason He said, “Not all of you are clean.” So when He had washed their feet, and taken His garments and reclined at the table again, He said to them, “Do you know what I have done to you? You call Me Teacher and Lord; and you are right, for so I am. If I then, the Lord and the Teacher, washed your feet, you also ought to wash one another’s feet. For I gave you an example that you also should do as I did to you.

For even if I boast somewhat further about our authority, which the Lord gave for building you up and not for destroying you, I will not be put to shame,

For this reason I am writing these things while absent, so that when present I need not use severity, in accordance with the authority which the Lord gave me for building up and not for tearing down.

Do we not have a right to eat and drink? Do we not have a right to take along a believing wife, even as the rest of the apostles and the brothers of the Lord and Cephas? Or do only Barnabas and I not have a right to refrain from working?read more.
Who at any time serves as a soldier at his own expense? Who plants a vineyard and does not eat the fruit of it? Or who tends a flock and does not use the milk of the flock? I am not speaking these things according to human judgment, am I? Or does not the Law also say these things? For it is written in the Law of Moses, “You shall not muzzle the ox while he is threshing.” God is not concerned about oxen, is He? Or is He speaking altogether for our sake? Yes, for our sake it was written, because the plowman ought to plow in hope, and the thresher to thresh in hope of sharing the crops. If we sowed spiritual things in you, is it too much if we reap material things from you? If others share the right over you, do we not more? Nevertheless, we did not use this right, but we endure all things so that we will cause no hindrance to the gospel of Christ. Do you not know that those who perform sacred services eat the food of the temple, and those who attend regularly to the altar have their share from the altar? So also the Lord directed those who proclaim the gospel to get their living from the gospel. But I have used none of these things. And I am not writing these things so that it will be done so in my case; for it would be better for me to die than have any man make my boast an empty one. For if I preach the gospel, I have nothing to boast of, for I am under compulsion; for woe is me if I do not preach the gospel. For if I do this voluntarily, I have a reward; but if against my will, I have a stewardship entrusted to me. What then is my reward? That, when I preach the gospel, I may offer the gospel without charge, so as not to make full use of my right in the gospel.

Does any one of you, when he has a case against his neighbor, dare to go to law before the unrighteous and not before the saints? Or do you not know that the saints will judge the world? If the world is judged by you, are you not competent to constitute the smallest law courts? Do you not know that we will judge angels? How much more matters of this life?read more.
So if you have law courts dealing with matters of this life, do you appoint them as judges who are of no account in the church? I say this to your shame. Is it so, that there is not among you one wise man who will be able to decide between his brethren, but brother goes to law with brother, and that before unbelievers? Actually, then, it is already a defeat for you, that you have lawsuits with one another. Why not rather be wronged? Why not rather be defrauded?

But food will not commend us to God; we are neither the worse if we do not eat, nor the better if we do eat. But take care that this liberty of yours does not somehow become a stumbling block to the weak. For if someone sees you, who have knowledge, dining in an idol’s temple, will not his conscience, if he is weak, be strengthened to eat things sacrificed to idols?read more.
For through your knowledge he who is weak is ruined, the brother for whose sake Christ died. And so, by sinning against the brethren and wounding their conscience when it is weak, you sin against Christ. Therefore, if food causes my brother to stumble, I will never eat meat again, so that I will not cause my brother to stumble.