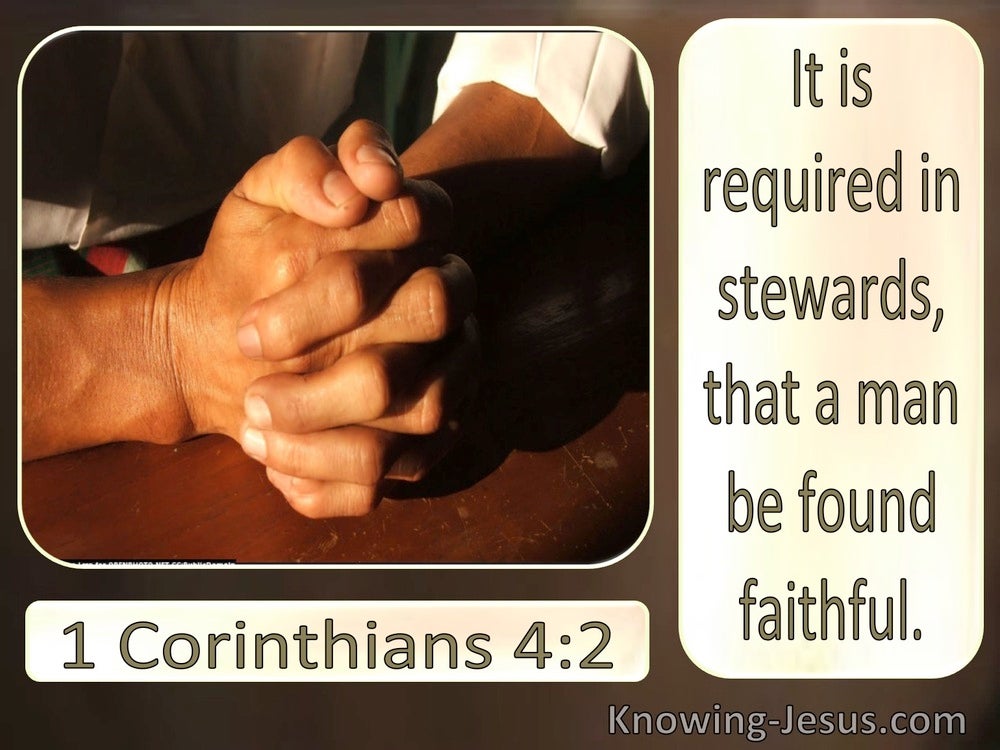 So He said, “A nobleman went to a distant country to receive a kingdom for himself, and then return. And he called ten of his slaves, and gave them ten minas and said to them, ‘Do business with this until I come back.’ But his citizens hated him and sent a delegation after him, saying, ‘We do not want this man to reign over us.’read more.
When he returned, after receiving the kingdom, he ordered that these slaves, to whom he had given the money, be called to him so that he might know what business they had done. The first appeared, saying, ‘Master, your mina has made ten minas more.’ And he said to him, ‘Well done, good slave, because you have been faithful in a very little thing, you are to be in authority over ten cities.’ The second came, saying, ‘Your mina, master, has made five minas.’ And he said to him also, ‘And you are to be over five cities.’

They in turn gave it to the carpenters and to the builders to buy quarried stone and timber for couplings and to make beams for the houses which the kings of Judah had let go to ruin. The men did the work faithfully with foremen over them to supervise: Jahath and Obadiah, the Levites of the sons of Merari, Zechariah and Meshullam of the sons of the Kohathites, and the Levites, all who were skillful with musical instruments.

In charge of the storehouses I appointed Shelemiah the priest, Zadok the scribe, and Pedaiah of the Levites, and in addition to them was Hanan the son of Zaccur, the son of Mattaniah; for they were considered reliable, and it was their task to distribute to their kinsmen.

Like the cold of snow in the time of harvest
Is a faithful messenger to those who send him,
For he refreshes the soul of his masters.

Only no accounting shall be made with them for the money delivered into their hands, for they deal faithfully.”

So he left everything he owned in Joseph’s charge; and with him there he did not concern himself with anything except the food which he ate.Now Joseph was handsome in form and appearance.

Moreover, they did not require an accounting from the men into whose hand they gave the money to pay to those who did the work, for they dealt faithfully.

Urge bondslaves to be subject to their own masters in everything, to be well-pleasing, not argumentative, not pilfering, but showing all good faith so that they will adorn the doctrine of God our Savior in every respect.

Slaves, be obedient to those who are your masters according to the flesh, with fear and trembling, in the sincerity of your heart, as to Christ;

So you too, when you do all the things which are commanded you, say, ‘We are unworthy slaves; we have done only that which we ought to have done.’”

Slaves, in all things obey those who are your masters on earth, not with external service, as those who merely please men, but with sincerity of heart, fearing the Lord.

Thus I was: by day the heat consumed me and the frost by night, and my sleep fled from my eyes. These twenty years I have been in your house; I served you fourteen years for your two daughters and six years for your flock, and you changed my wages ten times.

Now such persons we command and exhort in the Lord Jesus Christ to work in quiet fashion and eat their own bread. But as for you, brethren, do not grow weary of doing good.

All who are under the yoke as slaves are to regard their own masters as worthy of all honor so that the name of God and our doctrine will not be spoken against. Those who have believers as their masters must not be disrespectful to them because they are brethren, but must serve them all the more, because those who partake of the benefit are believers and beloved. Teach and preach these principles.

“‘A son honors his father, and a servant his master. Then if I am a father, where is My honor? And if I am a master, where is My respect?’ says the Lord of hosts to you, O priests who despise My name. But you say, ‘How have we despised Your name?’

not by way of eyeservice, as men-pleasers, but as slaves of Christ, doing the will of God from the heart. With good will render service, as to the Lord, and not to men,

Urge bondslaves to be subject to their own masters in everything, to be well-pleasing, not argumentative,

So the servant placed his hand under the thigh of Abraham his master, and swore to him concerning this matter.

Then three of the thirty chief men went down and came to David in the harvest time to the cave of Adullam, while the troop of the Philistines was camping in the valley of Rephaim. David was then in the stronghold, while the garrison of the Philistines was then in Bethlehem. David had a craving and said, “Oh that someone would give me water to drink from the well of Bethlehem which is by the gate!”read more.
So the three mighty men broke through the camp of the Philistines, and drew water from the well of Bethlehem which was by the gate, and took it and brought it to David. Nevertheless he would not drink it, but poured it out to the Lord; and he said, “Be it far from me, O Lord, that I should do this. Shall I drink the blood of the men who went in jeopardy of their lives?” Therefore he would not drink it. These things the three mighty men did.

Then his servants came near and spoke to him and said, “My father, had the prophet told you to do some great thing, would you not have done it? How much more then, when he says to you, ‘Wash, and be clean’?”

He who tends the fig tree will eat its fruit,
And he who cares for his master will be honored.

His master said to him, ‘Well done, good and faithful slave. You were faithful with a few things, I will put you in charge of many things; enter into the joy of your master.’

Abraham said to his servant, the oldest of his household, who had charge of all that he owned, “Please place your hand under my thigh, and I will make you swear by the Lord, the God of heaven and the God of earth, that you shall not take a wife for my son from the daughters of the Canaanites, among whom I live, but you will go to my country and to my relatives, and take a wife for my son Isaac.”

But Laban said to him, “If now it pleases you, stay with me; I have divined that the Lord has blessed me on your account.” He continued, “Name me your wages, and I will give it.” But he said to him, “You yourself know how I have served you and how your cattle have fared with me.read more.
For you had little before I came and it has increased to a multitude, and the Lord has blessed you wherever I turned. But now, when shall I provide for my own household also?”

The Lord was with Joseph, so he became a successful man. And he was in the house of his master, the Egyptian. Now his master saw that the Lord was with him and how the Lord caused all that he did to prosper in his hand. So Joseph found favor in his sight and became his personal servant; and he made him overseer over his house, and all that he owned he put in his charge.

Genesis 24:7
Verse Concepts
Angels Going At God's BiddingBringing People Out Of Other PlacesTaking A WifeOaths, Divine
Angels, Ministry To BelieversAbrahamLand, As A Divine Gift

The Lord, the God of heaven, who took me from my father’s house and from the land of my birth, and who spoke to me and who swore to me, saying, ‘To your descendants I will give this land,’ He will send His angel before you, and you will take a wife for my son from there.

Yet your father has cheated me and changed my wages ten times; however, God did not allow him to hurt me.

Now his master saw that the Lord was with him and how the Lord caused all that he did to prosper in his hand.

Blessed is that slave whom his master finds so doing when he comes.

“The patriarchs became jealous of Joseph and sold him into Egypt. Yet God was with him, and rescued him from all his afflictions, and granted him favor and wisdom in the sight of Pharaoh, king of Egypt, and he made him governor over Egypt and all his household.