20 Bible Verses about Travelling With God 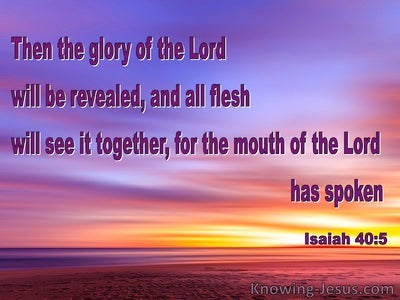 Now when Abram was ninety-nine years old, the Lord appeared to Abram and said to him,
“I am God Almighty;
Walk before Me, and be blameless.

These are the records of the generations of Noah. Noah was a righteous man, blameless in his time; Noah walked with God.

For You have delivered my soul from death,
Indeed my feet from stumbling,
So that I may walk before God
In the light of the living.

How blessed are the people who know the joyful sound!
O Lord, they walk in the light of Your countenance.

Though all the peoples walk
Each in the name of his god,
As for us, we will walk
In the name of the Lord our God forever and ever.

“And I will strengthen them in the Lord,
And in His name they will walk,” declares the Lord.

“Behold, I will do something new,
Now it will spring forth;
Will you not be aware of it?
I will even make a roadway in the wilderness,
Rivers in the desert.

Moses told his father-in-law all that the Lord had done to Pharaoh and to the Egyptians for Israel’s sake, all the hardship that had befallen them on the journey, and how the Lord had delivered them.

“The breaker goes up before them;
They break out, pass through the gate and go out by it.
So their king goes on before them,
And the Lord at their head.”

The Lord was going before them in a pillar of cloud by day to lead them on the way, and in a pillar of fire by night to give them light, that they might travel by day and by night.

“Behold, I am going to send an angel before you to guard you along the way and to bring you into the place which I have prepared.

But for all this, you did not trust the Lord your God, who goes before you on your way, to seek out a place for you to encamp, in fire by night and cloud by day, to show you the way in which you should go.

Jeremiah 2:17
Verse Concepts
God Has GuidedLife, Of Faith
Fruits Of SinActing For Oneself

“Have you not done this to yourself
By your forsaking the Lord your God
When He led you in the way?