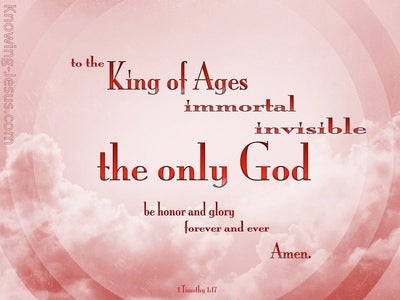 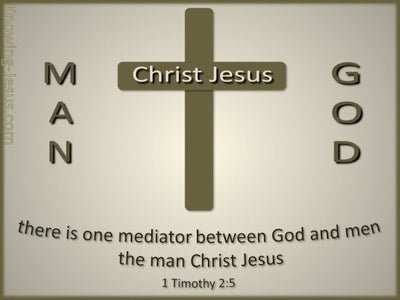 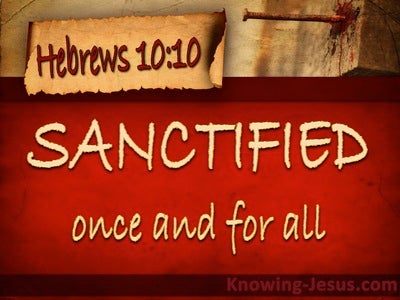 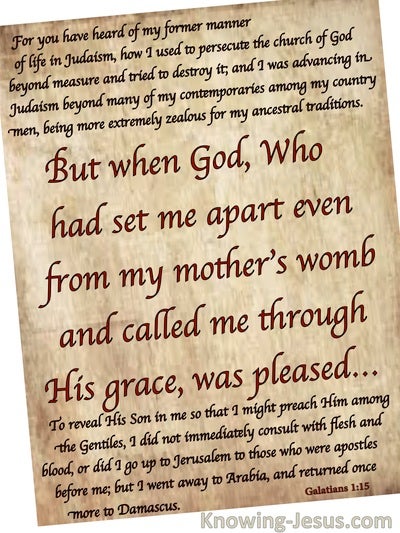 To the King eternal, immortal, invisible, the only God, be honor and glory forever and ever! Amen.

which will be brought about in His own time by the blessed, only Sovereign, the King of kings, the Lord of lords, who alone possesses immortality and dwells in unapproachable light, whom no man has ever seen or can see. To Him be honor and eternal dominion. Amen.

"Why is He talking this way? He is blaspheming. Who can forgive sins but God alone?"

John 12:28
Verse Concepts
Relationship Of Father And SonGod Speaks From Heaven
Other References To God's Name

Father, glorify your name." Then a voice came out of heaven, "I have already glorified it and I will again glorify it."

I have glorified you down here upon the earth by completing the work which you have given me to do.

While they were worshiping the Lord and fasting, the Holy Spirit said, "Set apart for me Barnabas and Saul, for the work to which I have called them."

one God and Father of all, who is over us all, who pervades us all, and who is within us all.

but if you show partiality, you are committing sin, because you are convicted by the law as lawbreakers.

and teach them to practice all the commands that I have given you. And I myself will surely be with you all the days, down to the very close of an age."

The spiritual blessing of the Lord Jesus Christ, the love of God, and the common sharing of the Holy Spirit be with you all.

"For God loved the world so much that He gave His Only Son, so that anyone who trusts in Him may never perish but have eternal life.

No one has ever seen God; the only son, Deity Himself, who lies upon His Father's breast, has made him known.

Yes, He is the exact likeness of the unseen God, His first-born Son who existed before any created thing,

It was bit by bit and in many different ways that God in olden times spoke to our forefathers through the prophets, but in these latter days He has spoken to us through a Son, whom He had appointed lawful owner of everything, and through whom He had made the worlds. He is the reflection of God's glory and the perfect representation of His being, and continues to uphold the universe by His mighty word. After He had procured man's purification from sins, He took His seat at the right hand of God's majesty,

For there is but one God and one intermediary between God and men, the man Christ Jesus

So the Word became human and lived a little while among us, and we actually saw His glory, the glory of One who is an only Son from His Father, and He was full of spiritual blessing and truth.

But, as the case with Him now stands, He has entered upon a priestly service as much superior to theirs as the covenant of which He is the Mediator is superior to theirs, superior because it has been enacted upon superior promises.

who does not need, as did the Levitical priests, to offer sacrifices, first for his own sins and then for those of the people; this latter is just what He did once for all when He offered up Himself.

For by the death He died He once for all ended His relation to sin, and by the life He now is living He lives in unbroken relation to God.

and not with blood of goats and calves, but with His own blood He once for all went into the real sanctuary and secured our eternal redemption.

It is by this will of God that we are consecrated through the offering of Jesus' body once for all.

There is no salvation by anyone else, for no one else in all the wide world has been appointed among men as our only medium by which to be saved."

Jesus answered him, "I am the way and the truth and the life. No one can come to the Father except through me.

for no one can lay any other foundation than the one that is laid, that is, Jesus Christ Himself.

and that from childhood you have known the sacred Scriptures which can give you wisdom that leads to salvation through the faith that leans on Christ Jesus. All Scripture is inspired by God, and useful for teaching, for reproof, for correction, for training in doing what is right,

It was bit by bit and in many different ways that God in olden times spoke to our forefathers through the prophets, but in these latter days He has spoken to us through a Son, whom He had appointed lawful owner of everything, and through whom He had made the worlds.

But when God, who had already set me apart from my birth, and had called me by His unmerited favor,

Let everyone who has ears listen to what the Spirit says to the churches. I will give to him who conquers some of the hidden manna, and I will give him a white stone with a new name written on it which no one knows except the man who receives it."'"

The doorkeeper opens the door to him, and the sheep obey his voice; and he calls his own sheep by name, and leads them out.

But if a man loves God, God is known by him.

but now, since you have come to know God, or rather have come to be known by Him, how can you turn back to your own crude notions, so weak and worthless, and wish to become slaves to them again?

But God's foundation stands unshaken, with these inscriptions: "The Lord knows the people who belong to Him" and "Everyone who bears the name of the Lord must abstain from evil."

So, as to eating things that have been sacrificed to idols, we are sure that an idol is nothing in the world, and that there is no God but One.