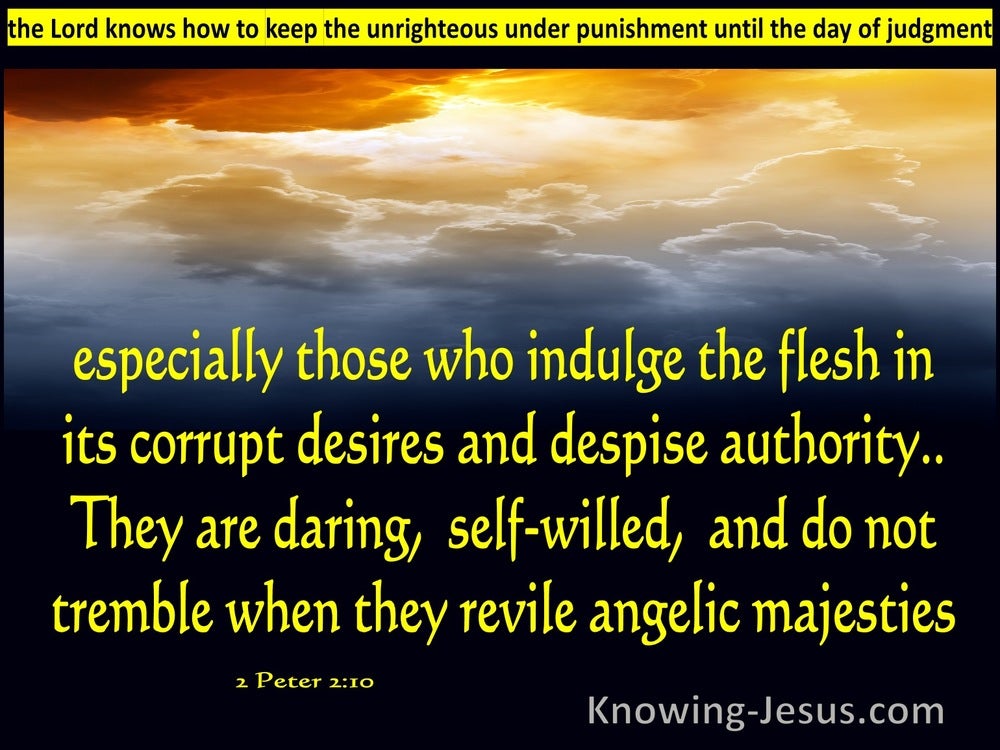 for Demas, having loved this present world, has deserted me and gone to Thessalonica; Crescens has gone to Galatia, Titus to Dalmatia.

Many a man proclaims his own loyalty,
But who can find a trustworthy man?

and especially those who indulge the flesh in its corrupt desires and despise authority.Daring, self-willed, they do not tremble when they revile angelic majesties, whereas angels who are greater in might and power do not bring a reviling judgment against them before the Lord. But these, like unreasoning animals, born as creatures of instinct to be captured and killed, reviling where they have no knowledge, will in the destruction of those creatures also be destroyed,

In Hades he lifted up his eyes, being in torment, and *saw Abraham far away and Lazarus in his bosom. And he cried out and said, ‘Father Abraham, have mercy on me, and send Lazarus so that he may dip the tip of his finger in water and cool off my tongue, for I am in agony in this flame.’ But Abraham said, ‘Child, remember that during your life you received your good things, and likewise Lazarus bad things; but now he is being comforted here, and you are in agony.read more.
And besides all this, between us and you there is a great chasm fixed, so that those who wish to come over from here to you will not be able, and that none may cross over from there to us.’ And he said, ‘Then I beg you, father, that you send him to my father’s house— for I have five brothers—in order that he may warn them, so that they will not also come to this place of torment.’