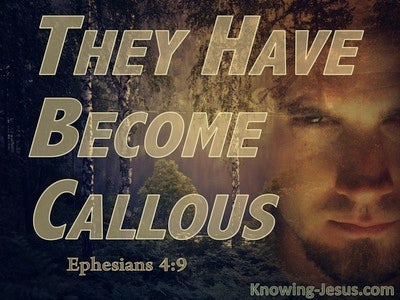 No one who may have been set apart among men shall be ransomed; he shall surely be put to death.

Why are the nations in an uproar
And the peoples devising a vain thing?
The kings of the earth take their stand
And the rulers take counsel together
Against the Lord and against His Anointed, saying,
“Let us tear their fetters apart
And cast away their cords from us!”

The wicked are estranged from the womb;
These who speak lies go astray from birth.

Thus they became unclean in their practices,
And played the harlot in their deeds.

Your silver has become dross,
Your drink diluted with water.

For wickedness burns like a fire;
It consumes briars and thorns;
It even sets the thickets of the forest aflame
And they roll upward in a column of smoke.

“Yet I planted you a choice vine,
A completely faithful seed.
How then have you turned yourself before Me
Into the degenerate shoots of a foreign vine?

“Keep your feet from being unshod
And your throat from thirst;
But you said, ‘It is hopeless!
No! For I have loved strangers,
And after them I will walk.’

“They bend their tongue like their bow;
Lies and not truth prevail in the land;
For they proceed from evil to evil,
And they do not know Me,” declares the Lord.

“Then I said concerning her who was worn out by adulteries, ‘Will they now commit adultery with her when she is thus?’

There is swearing, deception, murder, stealing and adultery.
They employ violence, so that bloodshed follows bloodshed.

Since Ephraim has multiplied altars for sin,
They have become altars of sinning for him.

For they sow the wind
And they reap the whirlwind.
The standing grain has no heads;
It yields no grain.
Should it yield, strangers would swallow it up.

“You who hate good and love evil,
Who tear off their skin from them
And their flesh from their bones,

For the coming of the Son of Man will be just like the days of Noah. For as in those days before the flood they were eating and drinking, marrying and giving in marriage, until the day that Noah entered the ark,

and they, having become callous, have given themselves over to sensuality for the practice of every kind of impurity with greediness.

suffering wrong as the wages of doing wrong. They count it a pleasure to revel in the daytime. They are stains and blemishes, reveling in their deceptions, as they carouse with you, having eyes full of adultery that never cease from sin, enticing unstable souls, having a heart trained in greed, accursed children; forsaking the right way, they have gone astray, having followed the way of Balaam, the son of Beor, who loved the wages of unrighteousness;read more.
but he received a rebuke for his own transgression, for a mute donkey, speaking with a voice of a man, restrained the madness of the prophet. These are springs without water and mists driven by a storm, for whom the black darkness has been reserved. For speaking out arrogant words of vanity they entice by fleshly desires, by sensuality, those who barely escape from the ones who live in error, promising them freedom while they themselves are slaves of corruption; for by what a man is overcome, by this he is enslaved. For if, after they have escaped the defilements of the world by the knowledge of the Lord and Savior Jesus Christ, they are again entangled in them and are overcome, the last state has become worse for them than the first. For it would be better for them not to have known the way of righteousness, than having known it, to turn away from the holy commandment handed on to them. It has happened to them according to the true proverb, “A dog returns to its own vomit,” and, “A sow, after washing, returns to wallowing in the mire.”