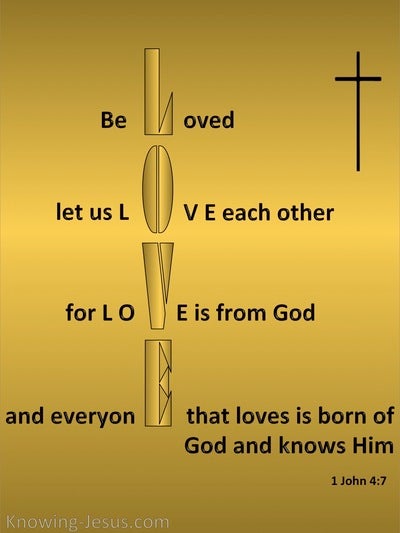 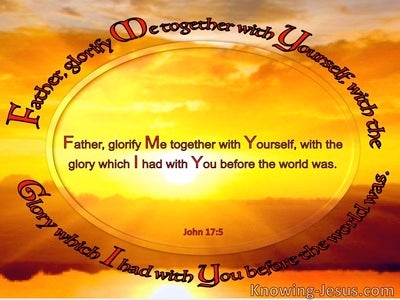 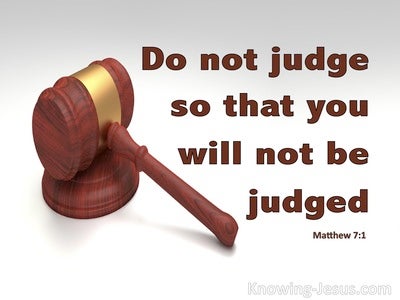 But as you excel in everything -- in faith, in speech, in knowledge, and in all eagerness and in the love from us that is in you -- make sure that you excel in this act of kindness too.

In everything, treat others as you would want them to treat you, for this fulfills the law and the prophets.

I rejoiced greatly because I have found some of your children living according to the truth, just as the Father commanded us.

At the present time, your abundance will meet their need, so that one day their abundance may also meet your need, and thus there may be equality,

Dear friends, let us love one another, because love is from God, and everyone who loves has been fathered by God and knows God.

Now as a fair exchange -- I speak as to my children -- open wide your hearts to us also.

For if you love those who love you, what reward do you have? Even the tax collectors do the same, don't they?

Listen! I am standing at the door and knocking! If anyone hears my voice and opens the door I will come into his home and share a meal with him, and he with me.

Do not be deceived. God will not be made a fool. For a person will reap what he sows,

"I am the good shepherd. I know my own and my own know me --

And now, Father, glorify me at your side with the glory I had with you before the world was created.

I have told you these things so that my joy may be in you, and your joy may be complete.

Instead, be kind to one another, compassionate, forgiving one another, just as God in Christ also forgave you.

"Do not judge so that you will not be judged.

Treat others in the same way that you would want them to treat you.

Some have strayed from these and turned away to empty discussion.

King Hiram of Tyre sent messengers to Solomon when he heard that he had been anointed king in his father's place. (Hiram had always been an ally of David.) Solomon then sent this message to Hiram: "You know that my father David was unable to build a temple to honor the Lord his God, for he was busy fighting battles on all fronts while the Lord subdued his enemies. read more.
But now the Lord my God has made me secure on all fronts; there is no adversary or dangerous threat. So I have decided to build a temple to honor the Lord my God, as the Lord instructed my father David, 'Your son, whom I will put on your throne in your place, is the one who will build a temple to honor me.' So now order some cedars of Lebanon to be cut for me. My servants will work with your servants. I will pay your servants whatever you say is appropriate, for you know that we have no one among us who knows how to cut down trees like the Sidonians." When Hiram heard Solomon's message, he was very happy. He said, "The Lord is worthy of praise today because he has given David a wise son to rule over this great nation." Hiram then sent this message to Solomon: "I received the message you sent to me. I will give you all the cedars and evergreens you need. My servants will bring the timber down from Lebanon to the sea. I will send it by sea in raft-like bundles to the place you designate. There I will separate the logs and you can carry them away. In exchange you will supply the food I need for my royal court." So Hiram supplied the cedars and evergreens Solomon needed, and Solomon supplied Hiram annually with 20,000 cors of wheat as provision for his royal court, as well as 20,000 baths of pure olive oil. So the Lord gave Solomon wisdom, as he had promised him. And Hiram and Solomon were at peace and made a treaty.