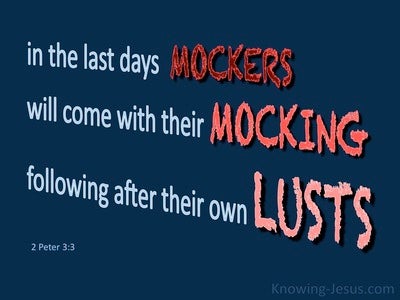 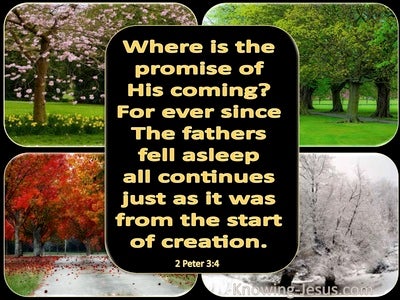 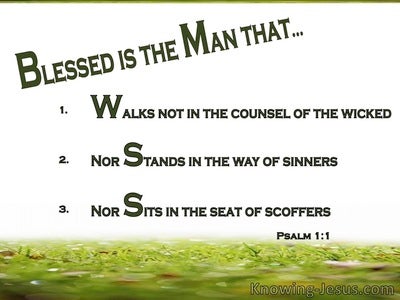 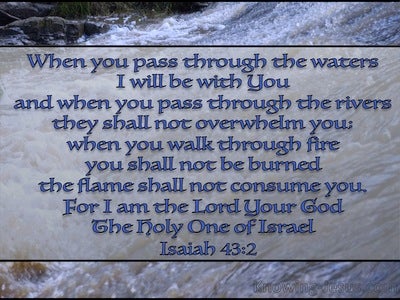 Of this, first, taking note - that there will come, in the last of the days, with scoffing, scoffers, after their own covetings, going on, and saying - Where is the promise of his presence? For, since the fathers fell asleep, all things, thus remain, from the beginning of creation.

See, ye despisers, and marvel, and disappear: in that, a work, am, I, working in your days, - a work, which in nowise will ye believe, though one relate it in full unto you.

How that they used to say to you - In the last time, there shall be mockers, - according to their own ungodly covetings, going on.

And they say - How doth GOD know? And is there knowledge in the Most High?

Who say - Let his work quicken - let it hasten, That we may see, - And let the purpose of Israel's Holy One, draw near and come. That we may know!

Lo! they, are saying unto me, - Where is the word of Yahweh? Pray thee let it come to pass!

But, certain both of the Epicurean and of the Stoic philosophers, were encountering him; and some were saying - What might this picker-up-of-scraps wish to be saying? And, others - Of foreign demons, he seemeth to be a declarer: because, of Jesus and the Resurrection, he was announcing the joyful tidings.

Of this, first, taking note - that there will come, in the last of the days, with scoffing, scoffers, after their own covetings, going on,

Do not reprove a scoffer, lest he hate thee, Reprove a wise man, and he will love thee.

A scoffer, loveth not, one who reproveth him, unto the wise, doth he not go.

Men given to mockery, inflame a city, - but, wise men, turn away anger.

A haughty insolent one - Scoffer is his name, is he that acteth in a transport of pride.

The purpose of folly, is sin, and, an abomination to mankind, is a buffoon.

and saying - Where is the promise of his presence? For, since the fathers fell asleep, all things, thus remain, from the beginning of creation.

The runners, therefore, went with letters from the hand of the king and his rulers, throughout all Israel and Judah, and according to the commandment of the king, saying, - Ye sons of Israel, return ye unto Yahweh, God of Abraham, Isaac and Israel, and he will return unto the remnant, that which is left to you, out of the hand of the kings of Assyria. And be not ye like your fathers, or like your brethren, who acted unfaithfully with Yahweh, God of your fathers, - who therefore delivered them up for an astonishment, as, ye yourselves, can see. Now, do not stiffen your neck, like your fathers, - stretch forth the hand unto Yahweh, and enter into his sanctuary which he hath hallowed unto times age-abiding, and serve Yahweh your God, that he may turn from you the glow of his anger.read more.
For, by your returning unto Yahweh, your brethren and your children, shall find compassion before their captors, so as to return unto this land. For, gracious and compassionate, is Yahweh your God, and will not turn away his face from you, if ye will return unto him. So the runners were passing from city to city throughout the land of Ephraim and Manasseh, even unto Zebulun, - -but they were laughing them to scorn, and mocking them.

yet became they mockers of the messengers of God, and despisers of his words, and mimics of his prophets, - until the mounting up of the wrath of Yahweh against his people, until there was no healing.

Yet they said unto GOD, Depart from us, and, In the knowledge of thy ways, find we no pleasure. What is the Almighty, that we should serve him? Or what shall we profit, that we should urge him?

My tears have been my food day and night, While it hath been said unto me all the day, Where is thy God?

Yea they spake against Elohim, - They said, Can GOD prepare a table in the desert? Lo! he hath smitten a rock, And waters, have gushed out, Yea, torrents, have rushed along, - Food also, can he give? Or provide flesh for his people?

Because they had rebelled against the sayings of GOD, - and, the counsel of the Most High, they had spurned; And he bowed down, with labour, their heart, They staggered, with no one to help,

Psalm 9:12
Verse Concepts
God ReprovingmindfulnessGod Remembering The Needy
Cries Of Distress To GodAvenger of bloodSuffering, Of The Innocent

When he was making inquisition for blood, of them, had he remembrance, he forgat not the outcry of the oppressed.

How long, O Yahweh, wilt thou wholly forget me? How long wilt thou hide thy face from me?

The purpose of the poor, ye would put to shame, because, Yahweh, is his refuge. Oh that, out of Zion, were granted the salvation of Israel! When Yahweh bringeth back the captives of his people, Jacob, shall exult, Israel, be glad.

For they have held out, against thee, a wicked thing, They have devised a scheme they cannot accomplish. For thou wilt cause them to turn their back, Upon thy bow-strings, wilt thou make ready against their face. Be exalted, O Yahweh, in thy strength! With song and with string will we sound forth thy power.

Psalm 22:10
Verse Concepts
You Are Our GodBaby dedication
From The WombFrom Birth

Upon thee, was I cast from the time I was born, From the womb of my mother, my GOD, hast thou been.

Alas! for them Who draw on themselves punishment with cords of falsehood, - And as with waggon-bands, penalty: Who say - Let his work quicken - let it hasten, That we may see, - And let the purpose of Israel's Holy One, draw near and come. That we may know!

Shall the axe boast itself against him that heweth therewith? Or, the saw, magnify itself, against him that wieldeth it? As if a rod, could wield, them who lift it up! As if a staff, could raise, what is, not wood!

For the tyrant, hath vanished, And the scoffer, is no more, Yea cut off are all who watch for iniquity: -

Jerusalem hath remembered in the days of her humiliation and her fleeings - all her precious things, which have existed from the days of old, - Now that her people have been falling into the hand of the adversary, with none to help her, the adversaries have seen her, have mocked over her sabbath-keepings.

Then said he unto me, Hast thou seen Son of man what the elders of the house of Israel, are doing in the dark, every man in his image-chambers? for they are saying - Yahweh doth not see us! Yahweh hath forsaken the land!

And he said unto me the iniquity of the house of Israel and Judah, is exceeding, great, and the land is filled with shed blood, and the city is full of over-reaching, - for they have said. Yahweh hath forsaken the land, - and Yahweh doth not see.

Then said he unto me, Son of man, These, are the men who are devising iniquity, and who are counselling wicked counsel in this city; who are saying, Not near! let us build houses, - It, is the caldron, and, we, are the flesh!

And can ye then say, The way of The Lord will not be equal? Every man - according to his own ways so will I judge you O house of Israel?

In the day of our king, the rulers, have made themselves ill, with the heat of wine, - he hath extended his hand with scoffers.

Faith » Obstacles that test the faith of believers » Scoffers

Hindrances » Obstacles that test the faith of believers » Scoffers