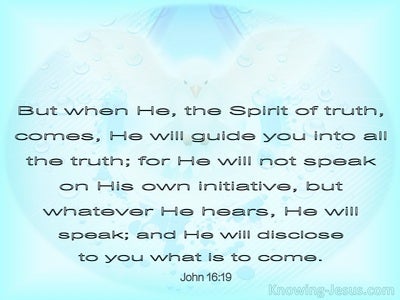 Only, fools are the princes of Zoan, The counsel of the wise ones of the counsellors of Pharaoh hath become brutish. How say ye unto Pharaoh, 'A son of the wise am I, a son of kings of antiquity?'

Without counsel is the making void of purposes, And in a multitude of counsellors it is established.

The way of a fool is right in his own eyes, And whoso is hearkening to counsel is wise.

A vain man through pride causeth debate, And with the counselled is wisdom.

A scorner loveth not his reprover, Unto the wise he goeth not.

Hear counsel and receive instruction, So that thou art wise in thy latter end.

Purposes by counsel thou dost establish, And with plans make thou war.

For by plans thou makest for thyself war, And deliverance is in a multitude of counsellors.

Without counsels do a people fall, And deliverance is in a multitude of counsellors.

And ye slight all my counsel, And my reproof ye have not desired. I also in your calamity do laugh, I deride when your fear cometh,

They have not consented to my counsel, They have despised all my reproof, And they eat of the fruit of their way, And from their own counsels they are filled.

And they say, Come, And we devise against Jeremiah devices, For law doth not perish from the priest, Nor counsel from the wise, Nor the word from the prophet, Come, and we smite him with the tongue, And we do not attend to any of his words.

but the centurion to the pilot and to the shipowner gave credence more than to the things spoken by Paul;

And there having been long fasting, then Paul having stood in the midst of them, said, 'It behoved you, indeed, O men -- having hearkened to me -- not to set sail from Crete, and to save this hurt and damage;

Lo, not in their hand is their good, (The counsel of the wicked Hath been far from me.)

The thoughts of the righteous are justice, The counsels of the wicked -- deceit.

And He saith unto me, 'Son of man, these are the men who are devising iniquity, and who are giving evil counsel in this city; who are saying, It is not near -- to build houses, it is the pot, and we the flesh. Therefore prophesy concerning them, prophesy, son of man.'

And when they say unto you, 'Seek unto those having familiar spirits, And unto wizards, who chatter and mutter, Doth not a people seek unto its God? -- For the living unto the dead! To the law and to the testimony! If not, let them say after this manner, 'That there is no dawn to it.'

And the anger of Jehovah burneth against Amaziah, and He sendeth unto him a prophet, and he saith unto him, 'Why hast thou sought the gods of the people that have not delivered their people out of thy hand?' And it cometh to pass, in his speaking unto him, that he saith to him, 'For a counsellor to the king have we appointed thee? cease for thee; why do they smite thee?' And the prophet ceaseth, and saith, 'I have known that God hath counselled to destroy thee, because thou hast done this, and hast not hearkened to my counsel.'

And emptied out hath been in its midst the spirit of Egypt. And its counsel I swallow up, And they have sought unto the idols, And unto the charmers, And unto those having familiar spirits, And unto the wizards.

And the father-in-law of Moses saith unto him, 'The thing which thou art doing is not good; thou dost surely wear away, both thou, and this people which is with thee, for the thing is too heavy for thee, thou art not able to do it by thyself. 'Now, hearken to my voice, I counsel thee, and God is with thee: be thou for the people over-against God, and thou hast brought in the things unto God;read more.
and thou hast warned them concerning the statutes and the laws, and hast made known to them the way in which they go, and the work which they do. And thou -- thou dost provide out of all the people men of ability, fearing God, men of truth, hating dishonest gain, and hast placed these over them, heads of thousands, heads of hundreds, heads of fifties, and heads of tens, and they have judged the people at all times; and it hath come to pass, every great matter they bring in unto thee, and every small matter they judge themselves; and lighten it from off thyself, and they have borne with thee. If thou dost this thing, and God hath commanded thee, then thou hast been able to stand, and all this people also goeth in unto its place in peace.' And Moses hearkeneth to the voice of his father-in-law, and doth all that he said,

Thee, O God of my fathers, I am thanking and praising, for wisdom and might Thou hast given to me; and now, Thou hast caused me to know that which we have sought from Thee, for the king's matter Thou hast caused us to know.'

and now I say to you, Refrain from these men, and let them alone, because if this counsel or this work may be of men, it will be overthrown, and if it be of God, ye are not able to overthrow it, lest perhaps also ye be found fighting against God.'

and an opinion in this do I give: for this to you is expedient, who not only to do, but also to will, did begin before -- a year ago, and now also finish doing it, that even as there is the readiness of the will, so also the finishing, out of that which ye have, for if the willing mind is present, according to that which any one may have it is well-accepted, not according to that which he hath not;

lo, they -- they have been to the sons of Israel, through the word of Balaam, to cause a trespass against Jehovah in the matter of Peor, and the plague is in the company of Jehovah.

and David declared, saying, 'Ahithophel is among the conspirators with Absalom;' and David saith, 'Make foolish, I pray Thee, the counsel of Ahithophel, O Jehovah.'

And Ahithophel said unto Absalom, 'Let me choose, I pray thee, twelve thousand men, and I arise and pursue after David to-night,

And the king taketh counsel, and maketh two calves of gold, and saith unto them, 'Enough to you of going up to Jerusalem; lo, thy gods, O Israel, which brought thee up out of the land of Egypt.' And he setteth the one in Beth-El, and the other he hath put in Dan, and this thing becometh a sin, and the people go before the one -- unto Dan.

and a certain one of them, Caiaphas, being chief priest of that year, said to them, 'Ye have not known anything, nor reason that it is good for us that one man may die for the people, and not the whole nation perish.' And this he said not of himself, but being chief priest of that year, he did prophesy that Jesus was about to die for the nation,read more.
and not for the nation only, but that also the children of God, who have been scattered abroad, he may gather together into one. From that day, therefore, they took counsel together that they may kill him;

And Abimelech hath gone unto him from Gerar, and Ahuzzath his friend, and Phichol head of his host;

and Absalom sendeth Ahithophel the Gilonite, a counsellor of David, out of his city, out of Gilo, in his sacrificing sacrifices; and the conspiracy is strong, and the people are going and increasing with Absalom.

I bless Jehovah who hath counselled me; Also in the nights my reins instruct me.

And Jehoshaphat saith unto the king of Israel, 'Seek, I pray thee, to-day, the word of Jehovah;'

I cause thee to act wisely, And direct thee in the way that thou goest, I cause mine eye to take counsel concerning thee.

and the Comforter, the Holy Spirit, whom the Father will send in my name, he will teach you all things, and remind you of all things that I said to you.

and when He may come -- the Spirit of truth -- He will guide you to all the truth, for He will not speak from Himself, but as many things as He will hear He will speak, and the coming things He will tell you;