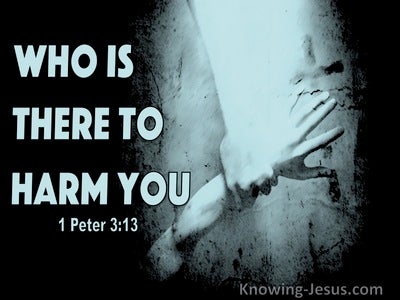 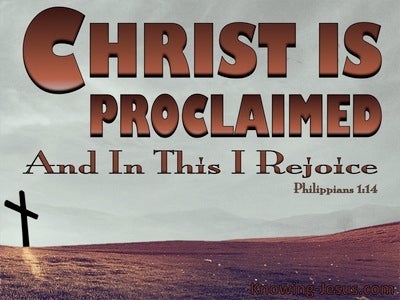 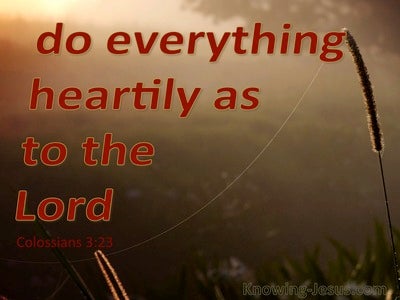 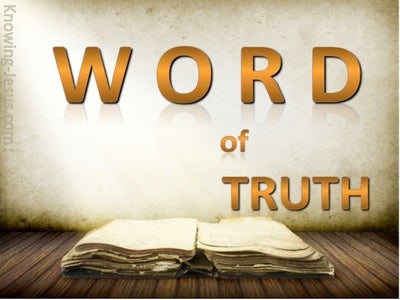 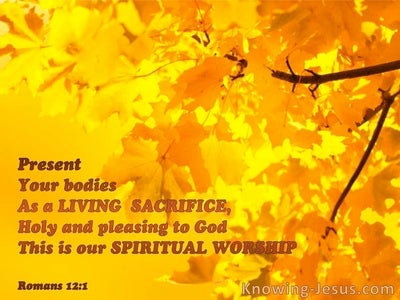 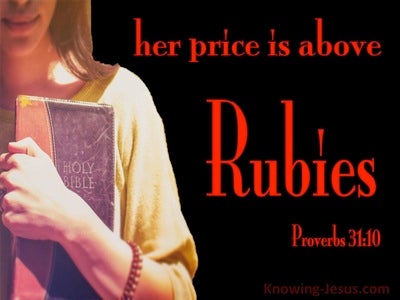 with good-will serving, as to the Lord, and not to men,

what then? in every way, whether in pretence or in truth, Christ is proclaimed -- and in this I rejoice, yea, and shall rejoice.

for I have known your readiness of mind, which in your behalf I boast of to Macedonians, that Achaia hath been prepared a year ago, and the zeal of you did stir up the more part,

only, of the poor that we should be mindful, which also I was diligent -- this very thing -- to do.

so that, brethren, earnestly desire to prophesy, and to speak with tongues do not forbid;

And thanks to God, who is putting the same diligence for you in the heart of Titus, because indeed the exhortation he accepted, and being more diligent, of his own accord he went forth unto you,

be diligent to present thyself approved to God -- a workman irreproachable, rightly dividing the word of the truth;

and it is good to be zealously regarded, in what is good, at all times, and not only in my being present with you;

I call upon you, therefore, brethren, through the compassions of God, to present your bodies a sacrifice -- living, sanctified, acceptable to God -- your intelligent service;

A woman of worth who doth find? Yea, far above rubies is her price. The heart of her husband hath trusted in her, And spoil he lacketh not. She hath done him good, and not evil, All days of her life.read more.
She hath sought wool and flax, And with delight she worketh with her hands. She hath been as ships of the merchant, From afar she bringeth in her bread. Yea, she riseth while yet night, And giveth food to her household, And a portion to her damsels. She hath considered a field, and taketh it, From the fruit of her hands she hath planted a vineyard. She hath girded with might her loins, And doth strengthen her arms. She hath perceived when her merchandise is good, Her lamp is not extinguished in the night. Her hands she hath sent forth on a spindle, And her hands have held a distaff.

And Elisha the prophet hath called to one of the sons of the prophets, and saith to him, 'Gird up thy loins, and take this vial of oil in thy hand, and go to Ramoth-Gilead, and thou hast gone in there, and see thou there Jehu son of Jehoshaphat, son of Nimshi, and thou hast gone in, and caused him to rise out of the midst of his brethren, and brought him in to the inner part of an inner-chamber, and taken the vial of oil, and poured on his head, and said, Thus said Jehovah, I have anointed thee for king unto Israel; and thou hast opened the door, and fled, and dost not wait.' read more.
And the young man goeth -- the young man the prophet -- to Ramoth-Gilead, and cometh in, and lo, chiefs of the force are sitting, and he saith, 'I have a word unto thee, O chief!' and Jehu saith, 'Unto which of all of us?' and he saith, 'Unto thee, O chief.' And he riseth and cometh in to the house, and he poureth the oil on his head, and saith to him, 'Thus said Jehovah, God of Israel, I have anointed thee for king unto the people of Jehovah, unto Israel, and thou hast smitten the house of Ahab thy lord, and I have required the blood of My servants the prophets, and the blood of all the servants of Jehovah, from the hand of Jezebel; and perished hath all the house of Ahab, and I have cut off to Ahab those sitting on the wall, and restrained, and left, in Israel, and I have given up the house of Ahab like the house of Jeroboam son of Nebat, and as the house of Baasha son of Ahijah, and Jezebel do the dogs eat in the portion of Jezreel, and there is none burying;' and he openeth the door and fleeth. And Jehu hath gone out unto the servants of his lord, and one saith to him, 'Is there peace? wherefore came this madman unto thee?' and he saith unto them, 'Ye have known the man and his talk.' And they say, 'False, declare, we pray thee, to us;' and he saith, 'Thus and thus spake he unto me, saying, Thus said Jehovah, I have anointed thee for king unto Israel.' And they haste and take each his garment, and put it under him at the top of the stairs, and blow with a trumpet, and say, 'Reigned hath Jehu!' And Jehu son of Jehoshaphat, son of Nimshi, conspireth against Joram -- (and Joram was keeping in Ramoth-Gilead, he and all Israel, from the presence of Hazael king of Aram,

And Ahab hath seventy sons in Samaria, and Jehu writeth letters, and sendeth to Samaria, unto the heads of Jezreel, the elders, and unto the supporters of Ahab, saying, And now, at the coming in of this letter unto you, and with you are sons of your lord, and with you are the chariots and the horses, and a fenced city, and the armour, and ye have seen the best and the uprightest of the sons of your lord, and have set him on the throne of his father, and fight ye for the house of your lord.' read more.
And they fear very greatly, and say, 'Lo, the two kings have not stood before him, and how do we stand -- we?' And he who is over the house, and he who is over the city, and the elders, and the supporters, send unto Jehu, saying, 'Thy servants we are, and all that thou sayest unto us we do; we do not make any one king -- that which is good in thine eyes do.' And he writeth unto them a letter a second time, saying, 'If ye are for me, and to my voice are hearkening, take the heads of the men -- the sons of your lord, and come unto me about this time to-morrow, to Jezreel;' and the sons of the king are seventy men, with the great ones of the city those bringing them up. And it cometh to pass, at the coming in of the letter unto them, that they take the sons of the king, and slaughter seventy men, and put their heads in baskets, and send unto him to Jezreel, and the messenger cometh in, and declareth to him, saying, 'They have brought in the heads of the sons of the king,' and he saith, 'Make them two heaps at the opening of the gate till the morning.' And it cometh to pass in the morning, that he goeth out, and standeth, and saith unto all the people, 'Righteous are ye; lo, I have conspired against my lord, and slay him -- and who smote all these? Know ye now, that nothing doth fall of the word of Jehovah to the earth that Jehovah spake against the house of Ahab, and Jehovah hath done that which He spake by the hand of His servant Elijah.' And Jehu smiteth all those left to the house of Ahab in Jezreel, and all his great men, and his acquaintances, and his priests, till he hath not left to him a remnant. And he riseth, and cometh in and goeth to Samaria; he is at the shepherds' shearing-house in the way, and Jehu hath found the brethren of Ahaziah king of Judah, and saith, 'Who are ye?' and they say, 'Brethren of Ahaziah we are, and we go down to salute the sons of the king, and the sons of the mistress.' And he saith, 'Catch them alive;' and they catch them alive, and slaughter them at the pit of the shearing-house, forty and two men, and he hath not left a man of them. And he goeth thence, and findeth Jehonadab son of Rechab -- to meet him, and blesseth him, and saith unto him, 'Is thy heart right, as my heart is with thy heart?' and Jehonadab saith, 'It is;' -- 'Then it is; give thy hand;' and he giveth his hand, and he causeth him to come up into him into the chariot, and saith, 'Come with me, and look on my zeal for Jehovah;' and they cause him to ride in his chariot. And he cometh in to Samaria, and smiteth all those left to Ahab in Samaria, till his destroying him, according to the word of Jehovah that He spake unto Elisha. And Jehu gathereth the whole of the people, and saith unto them, 'Ahab served Baal a little -- Jehu doth serve him much: and now, all the prophets of Baal, all his servants, and all his priests, call ye unto me; let not a man be lacking, for a great sacrifice I have for Baal; every one who is lacking -- he doth not live;' and Jehu hath done it in subtilty, in order to destroy the servants of Baal. And Jehu saith, 'Sanctify a restraint for Baal;' and they proclaim it. And Jehu sendeth into all Israel, and all the servants of Baal come in, and there hath not been left a man who hath not come in; and they come in to the house of Baal, and the house of Baal is full -- mouth to mouth. And he saith to him who is over the wardrobe, 'Bring out clothing to all servants of Baal;' and he bringeth out to them the clothing. And Jehu goeth in, and Jehonadab son of Rechab, to the house of Baal, and saith to the servants of Baal, 'Search and see, lest there be here with you of the servants of Jehovah -- but, the servants of Baal by themselves.' And they come in to make sacrifices and burnt-offerings, and Jehu hath set for himself in an out-place eighty men, and saith, 'The man who letteth escape any of the men whom I am bringing in unto your hand -- his soul for his soul.' And it cometh to pass at his finishing to make the burnt-offering, that Jehu saith to the runners, and to the captains, 'Go in, smite them, let none come out;' and they smite them by the mouth of the sword, and the runners and the captains cast them out; and they go unto the city, to the house of Baal, and bring out the standing-pillars of the house of Baal, and burn them, and break down the standing-pillar of Baal, and break down the house of Baal, and appoint it for a draught-house unto this day. And Jehu destroyeth Baal out of Israel,