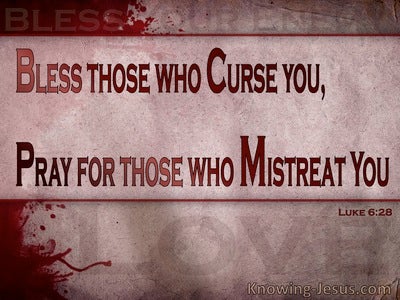 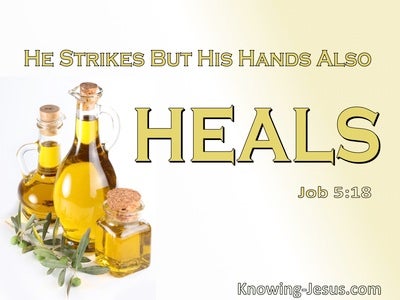 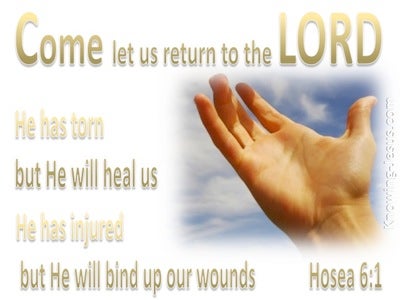 For thus said Jehovah: Incurable is thy breach, grievous thy stroke,

They are ashamed and confounded together, Who are seeking my soul to destroy it, They are turned backward, And are ashamed, who are desiring my evil.

And it is very displeasing to Moses, and he saith unto Jehovah, 'Turn not Thou unto their present; not one ass from them have I taken, nor have I afflicted one of them.'

because I am with thee, and no one shall set on thee to do thee evil; because I have much people in this city;'

Let them be ashamed and confounded Who are seeking my soul, Let them be turned backward and blush Who are desiring my evil.

Jeremiah 25:6
Verse Concepts
Do Not Have Other godshurting
MonotheismDifferent Gods

And ye do not go after other gods to serve them, and to bow yourselves to them, nor do ye provoke Me to anger with the work of your hands, and I do no evil to you;

my God hath sent His messenger, and hath shut the lions' mouths, and they have not injured me: because that before Him purity hath been found in me; and also before thee, O king, injury I have not done.'

For He doth pain, and He bindeth up, He smiteth, and His hands heal.

Despised in his eyes is a rejected one, And those fearing Jehovah he doth honour. He hath sworn to suffer evil, and changeth not;

A kind man is rewarding his own soul, And the fierce is troubling his own flesh.

and it was said to them that they may not injure the grass of the earth, nor any green thing, nor any tree, but -- the men only who have not the seal of God upon their foreheads,

serpents they shall take up; and if any deadly thing they may drink, it shall not hurt them; on the ailing they shall lay hands, and they shall be well.'

They are ashamed and blush, those seeking my soul, Turned backward and confounded, Those devising my evil.

They have afflicted with fetters his feet, Iron hath entered his soul,

my hand is to God to do evil with you, but the God of your father yesternight hath spoken unto me, saying, Take heed to thyself from speaking with Jacob from good unto evil.

For a breach of the daughter of my people have I been broken, I have been black, astonishment hath seized me.

'And when men strive, and have smitten a pregnant woman, and her children have come out, and there is no mischief, he is certainly fined, as the husband of the woman doth lay upon him, and he hath given through the judges;

for their authorities are in their mouth, and in their tails, for their tails are like serpents, having heads, and with them they do injure;

'Strike not against Mine anointed, And to My prophets do not evil.'

All hating me whisper together against me, Against me they devise evil to me:

For they have pursued him Thou hast smitten, And recount of the pain of Thy pierced ones.

I, Jehovah, am its keeper, every moment I water it, Lest any lay a charge against it, Night and day I keep it!

They are ashamed and confounded together, Who are rejoicing at my evil. They put on shame and confusion, Who are magnifying themselves against me.

Ecclesiastes 8:9
Verse Concepts
Under The Sun
Lording It

All this I have seen so as to give my heart to every work that hath been done under the sun; a time that man hath ruled over man to his own evil.

and I heard a voice in the midst of the four living creatures saying, 'A measure of wheat for a denary, and three measures of barley for a denary,' and 'The oil and the wine thou mayest not injure.'

and they have tails like to scorpions, and stings were in their tails; and their authority is to injure men five months;

Faithful are the wounds of a lover, And abundant the kisses of an enemy.

bless those cursing you, and pray for those accusing you falsely;

Whoso is removing stones is grieved by them, Whoso is cleaving trees endangered by them.

And whoso is missing me, is wronging his soul, All hating me have loved death!

For they sleep not if they do not evil, And their sleep hath been taken violently away, If they cause not some to stumble.

By day the sun doth not smite thee, Nor the moon by night.

'Come, and we turn back unto Jehovah, For He hath torn, and He doth heal us, He doth smite, and He bindeth us up.

A lying tongue hateth its bruised ones, And a flattering mouth worketh an overthrow!

And they heal the breach of the daughter of my people slightly, Saying, 'Peace, peace!' and there is no peace.

The lost I seek, and the driven away bring back, And the broken I bind up, and the sick I strengthen, And the fat and the strong I destroy, I feed it with judgment.

He answered and hath said, 'Lo, I am seeing four men loose, walking in the midst of the fire, and they have no hurt; and the appearance of the fourth is like to a son of the gods.'

My tongue also all the day uttereth Thy righteousness, Because ashamed -- because confounded, Have been those seeking my evil!

He who is having an ear -- let him hear what the Spirit saith to the assemblies: He who is overcoming may not be injured of the second death.

On the hands they bear thee up, Lest thou smite against a stone thy foot.

if thou dost really afflict him, surely if he at all cry unto Me, I certainly hear his cry;

They are ashamed, they are consumed, Who are opposing my soul, They are covered with reproach and blushing, Who are seeking my evil,

Forgiving Others Who Hurt You

For, if ye may forgive men their trespasses He also will forgive you -- your Father who is in the heavens;

For even thy brethren and the house of thy father, Even they dealt treacherously against thee, Even they -- they called after thee fully, Trust not in them, when they speak to thee good things.