31 Bible Verses about Working Hard And Not Being Lazy 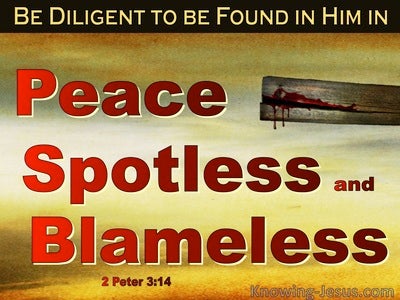 Poor is he who is working -- a slothful hand, And the hand of the diligent maketh rich.

The hand of the diligent ruleth, And slothfulness becometh tributary.

Near the field of a slothful man I passed by, And near the vineyard of a man lacking heart.

The slothful roasteth not his hunting, And the wealth of a diligent man is precious.

Because of winter the slothful plougheth not, He asketh in harvest, and there is nothing.

The purposes of the diligent are only to advantage, And of every hasty one, only to want.

He also that is remiss in his work, A brother he is to a destroyer.

By slothfulness is the wall brought low, And by idleness of the hands doth the house drop.

Go unto the ant, O slothful one, See her ways and be wise;

The way of the slothful is as a hedge of briers, And the path of the upright is raised up.

that ye may not become slothful, but followers of those who through faith and patient endurance are inheriting the promises.

In all labour there is advantage, And a thing of the lips is only to want.

Till when, O slothful one, dost thou lie? When dost thou arise from thy sleep?

concerning whom we have much discourse and of hard explanation to say, since ye have become dull of hearing,

For the quaffer and glutton become poor, And drowsiness clotheth with rags.

Hast thou seen a man speedy in his business? Before kings he doth station himself, He stations not himself before obscure men!

Whoso is gathering in summer is a wise son, Whoso is sleeping in harvest is a son causing shame.

for even when we were with you, this we did command you, that if any one is not willing to work, neither let him eat,

for we hear of certain walking among you disorderly, nothing working, but over working,

as also in all the epistles, speaking in them concerning these things, among which things are certain hard to be understood, which the untaught and unstable do wrest, as also the other Writings, unto their own destruction.

Ecclesiastes 10:15
Verse Concepts
struggleStrugglesNot Knowing Where
The Work Of FoolsCompasses

The labour of the foolish wearieth him, In that he hath not known to go unto the city.

let the service be heavy on the men, and let them work at it, and not be dazzled by lying words.'

and the eyes of Leah are tender, and Rachel hath been fair of form and fair of appearance.

wherefore, beloved, these things waiting for, be diligent, spotless and unblameable, by Him to be found in peace,

All that thy hand findeth to do, with thy power do, for there is no work, and device, and knowledge, and wisdom in Sheol whither thou art going.