50 Bible Verses about The Elderly 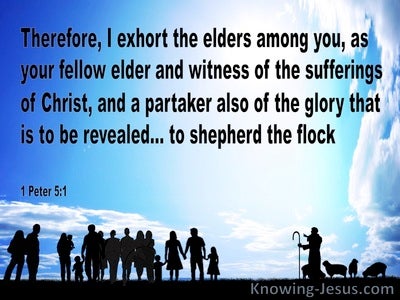 With the very aged is wisdom, And with length of days understanding.

The multitude are not wise, Nor do the aged understand judgment.

Remember days of old -- Understand the years of many generations -- Ask thy father, and he doth tell thee; Thine elders, and they say to thee:

for the Pharisees, and all the Jews, if they do not wash the hands to the wrist, do not eat, holding the tradition of the elders,

The well-leading elders of double honour let them be counted worthy, especially those labouring in word and teaching,

Above elders I understand more, For Thy precepts I have kept.

Known in the gates is her husband, In his sitting with elders of the land.

And it cometh to pass, in the sixth year, in the sixth month, in the fifth of the month, I am sitting in my house, and elders of Judah are sitting before me, and fall on me there doth a hand of the Lord Jehovah,

Against an elder an accusation receive not, except upon two or three witnesses.

I said: Days do speak, And multitude of years teach wisdom.

And Moses goeth up, Aaron also, Nadab and Abihu, and seventy of the elders of Israel,

Cast me not off at the time of old age, According to the consumption of my power forsake me not.

is any infirm among you? let him call for the elders of the assembly, and let them pray over him, having anointed him with oil, in the name of the Lord,

a nation -- fierce of countenance -- which accepteth not the face of the aged, and the young doth not favour;

And Jehovah saith unto Moses, 'Gather to Me seventy men of the elders of Israel, whom thou hast known that they are elders of the people, and its authorities; and thou hast taken them unto the tent of meeting, and they have stationed themselves there with thee,

An aged person thou mayest not rebuke, but be entreating as a father; younger persons as brethren;

be not careless of the gift in thee, that was given thee through prophecy, with laying on of the hands of the eldership;

aged, young man, and virgin, and infant, and women, ye do slay -- to destruction; and against any man on whom is the mark ye do not go nigh, and from My sanctuary ye begin.'

Acts 21:18
Verse Concepts
eldersGoing To Church
elders, in the church

and on the morrow Paul was going in with us unto James, all the elders also came,

and having appointed to them by vote elders in every assembly, having prayed with fastings, they commended them to the Lord in whom they had believed.

And he forsaketh the counsel of the aged men that they counselled him, and consulteth with the lads who have grown up with him, those standing before him,

Turning aside the lip of the stedfast, And the reason of the aged He taketh away.

Those sinning, reprove before all, that the others also may have fear;

Gather the people, sanctify an assembly, Assemble the aged, Gather infants and sucklings of the breasts, Go out let a bridegroom from his inner chamber, And a bride out of her closet.

The beauty of young men is their strength, And the honour of old men is grey hairs.

if any one is blameless, of one wife a husband, having children stedfast, not under accusation of riotous living or insubordinate --

Elders who are among you, I exhort, who am a fellow-elder, and a witness of the sufferings of the Christ, and of the glory about to be revealed a partaker,

And fall down did the elders -- the twenty and four -- and the four living creatures, and they did bow before God who is sitting upon the throne, saying, 'Amen, Alleluia.'

1 Samuel 15:30
Verse Concepts
We Have Sinned

And he saith, 'I have sinned; now, honour me, I pray thee, before the elders of my people, and before Israel, and turn back with me; and I have bowed myself to Jehovah thy God.'

Hear counsel and receive instruction, So that thou art wise in thy latter end.

Still they bring forth in old age, Fat and flourishing are they,

Even to old age I am He, and to grey hairs I carry, I made, and I bear, yea, I carry and deliver.

'Go, and thou hast gathered the elders of Israel, and hast said unto them: Jehovah, God of your fathers, hath appeareth unto me, God of Abraham, Isaac, and Jacob, saying, I have certainly inspected you, and that which is done to you in Egypt;

And I have made youths their heads, And sucklings rule over them.

Genesis 21:2
Verse Concepts
The Time AppointedsarahcouplesbabyAgeHaving A Baby
ConceptionArriving On TimeHope For Old PeopleBarrenness, Examples OfThe Promise Of A Baby

and Sarah conceiveth, and beareth a son to Abraham, to his old age, at the appointed time that God hath spoken of with him;

And He bringeth me in unto an opening of the court, and I look, and lo, a hole in the wall;

And king Rehoboam consulteth with the elders who have been standing in the presence of Solomon his father, in his being alive, saying, 'How are ye counselling to answer this people?'

Topics on The Elderly

Caring For The Elderly

Even to old age I am He, and to grey hairs I carry, I made, and I bear, yea, I carry and deliver.