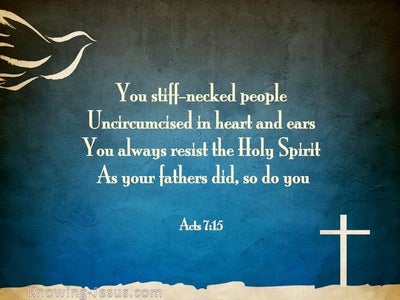 I adorned you with ornaments, put bracelets on your hands and a necklace around your neck.

“Your neck is like the tower of David,
Built with rows of stones
On which are hung a thousand shields,
All the round shields of the mighty men.

Then Pharaoh took off his signet ring from his hand and put it on Joseph’s hand, and clothed him in garments of fine linen and put the gold necklace around his neck.

Then he fell on his brother Benjamin’s neck and wept, and Benjamin wept on his neck.

Joshua 10:24
Verse Concepts
Those Subjected To PeopleFeet
SubjectionCare Of Feet

When they brought these kings out to Joshua, Joshua called for all the men of Israel, and said to the chiefs of the men of war who had gone with him, “Come near, put your feet on the necks of these kings.” So they came near and put their feet on their necks.

“By your sword you shall live,
And your brother you shall serve;
But it shall come about when you become restless,
That you will break his yoke from your neck.”

Isaiah 8:8
Verse Concepts
God With You
Present, The

“Then it will sweep on into Judah, it will overflow and pass through,
It will reach even to the neck;
And the spread of its wings will fill the breadth of your land, O Immanuel.

Isaiah 52:2
Verse Concepts
Get Up!jerusalemdiscriminationziondignitydust
Beauty And Self WorthfreedaughtersChainsBreaking Chains

Exodus 33:5
Verse Concepts
God Might Kill His PeoplejewelryCharacter Of Wicked
CosmeticsPeople Stripping Off

For the Lord had said to Moses, “Say to the sons of Israel, ‘You are an obstinate people; should I go up in your midst for one moment, I would destroy you. Now therefore, put off your ornaments from you, that I may know what I shall do with you.’”

“You men who are stiff-necked and uncircumcised in heart and ears are always resisting the Holy Spirit; you are doing just as your fathers did.

The Lord said to Moses, “I have seen this people, and behold, they are an obstinate people.

Psalm 75:5
Verse Concepts
Do Not Be ProudarroganceBragging
Horns WeakenedSelf Will

Do not lift up your horn on high,
Do not speak with insolent pride.’”

Do not let kindness and truth leave you;
Bind them around your neck,
Write them on the tablet of your heart.

My son, observe the commandment of your father
And do not forsake the teaching of your mother;
Bind them continually on your heart;
Tie them around your neck.

but whoever causes one of these little ones who believe in Me to stumble, it would be better for him to have a heavy millstone hung around his neck, and to be drowned in the depth of the sea.

“But they, our fathers, acted arrogantly;
They became stubborn and would not listen to Your commandments.

He said, “If now I have found favor in Your sight, O Lord, I pray, let the Lord go along in our midst, even though the people are so obstinate, and pardon our iniquity and our sin, and take us as Your own possession.”

“Know, then, it is not because of your righteousness that the Lord your God is giving you this good land to possess, for you are a stubborn people.

For I know your rebellion and your stubbornness; behold, while I am still alive with you today, you have been rebellious against the Lord; how much more, then, after my death?

However, they did not listen, but stiffened their neck like their fathers, who did not believe in the Lord their God.

“But they, our fathers, acted arrogantly;
They became stubborn and would not listen to Your commandments.
“They refused to listen,
And did not remember Your wondrous deeds which You had performed among them;
So they became stubborn and appointed a leader to return to their slavery in Egypt.
But You are a God of forgiveness,
Gracious and compassionate,
Slow to anger and abounding in lovingkindness;
And You did not forsake them.
“Even when they made for themselves
A calf of molten metal
And said, ‘This is your God
Who brought you up from Egypt,’
And committed great blasphemies,
read more.
You, in Your great compassion,
Did not forsake them in the wilderness;
The pillar of cloud did not leave them by day,
To guide them on their way,
Nor the pillar of fire by night, to light for them the way in which they were to go.
“You gave Your good Spirit to instruct them,
Your manna You did not withhold from their mouth,
And You gave them water for their thirst.
“Indeed, forty years You provided for them in the wilderness and they were not in want;
Their clothes did not wear out, nor did their feet swell.
“You also gave them kingdoms and peoples,
And allotted them to them as a boundary.
They took possession of the land of Sihon the king of Heshbon
And the land of Og the king of Bashan.
“You made their sons numerous as the stars of heaven,
And You brought them into the land
Which You had told their fathers to enter and possess.
“So their sons entered and possessed the land.
And You subdued before them the inhabitants of the land, the Canaanites,
And You gave them into their hand, with their kings and the peoples of the land,
To do with them as they desired.
“They captured fortified cities and a fertile land.
They took possession of houses full of every good thing,
Hewn cisterns, vineyards, olive groves,
Fruit trees in abundance.
So they ate, were filled and grew fat,
And reveled in Your great goodness.
“But they became disobedient and rebelled against You,
And cast Your law behind their backs
And killed Your prophets who had admonished them
So that they might return to You,
And they committed great blasphemies.
“Therefore You delivered them into the hand of their oppressors who oppressed them,
But when they cried to You in the time of their distress,
You heard from heaven, and according to Your great compassion
You gave them deliverers who delivered them from the hand of their oppressors.
“But as soon as they had rest, they did evil again before You;
Therefore You abandoned them to the hand of their enemies, so that they ruled over them.
When they cried again to You, You heard from heaven,
And many times You rescued them according to Your compassion,
And admonished them in order to turn them back to Your law.
Yet they acted arrogantly and did not listen to Your commandments but sinned against Your ordinances,
By which if a man observes them he shall live.
And they turned a stubborn shoulder and stiffened their neck, and would not listen.

A man who hardens his neck after much reproof
Will suddenly be broken beyond remedy.

“Thus says the Lord of hosts, the God of Israel, ‘Behold, I am about to bring on this city and all its towns the entire calamity that I have declared against it, because they have stiffened their necks so as not to heed My words.’”

“Whoever causes one of these little ones who believe to stumble, it would be better for him if, with a heavy millstone hung around his neck, he had been cast into the sea.