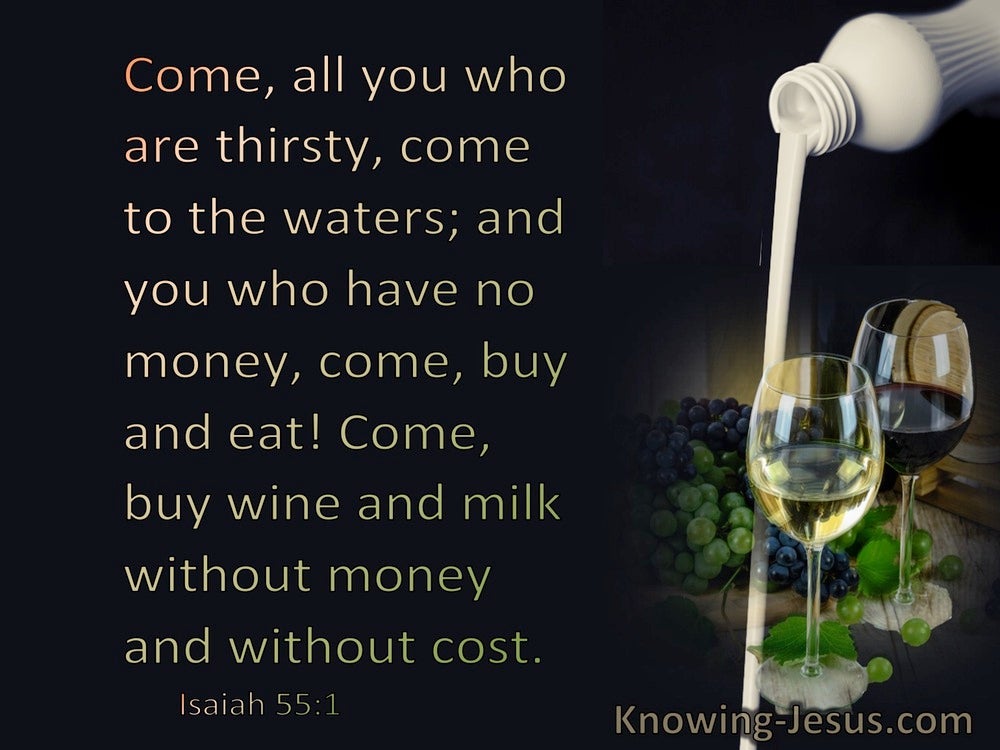 now therefore, swear to me here by God that you will not deal falsely with me or with my offspring or with my posterity, but according to the kindness that I have shown to you, you shall show to me and to the land in which you have sojourned.”

Or what king, when he sets out to meet another king in battle, will not first sit down and consider whether he is strong enough with ten thousand men to encounter the one coming against him with twenty thousand? Or else, while the other is still far away, he sends a delegation and asks for terms of peace.

They went to Joshua to the camp at Gilgal and said to him and to the men of Israel, “We have come from a far country; now therefore, make a covenant with us.”

“Come up to me and help me, and let us attack Gibeon, for it has made peace with Joshua and with the sons of Israel.”

But Nahash the Ammonite said to them, “I will make it with you on this condition, that I will gouge out the right eye of every one of you, thus I will make it a reproach on all Israel.”

Then Abner sent messengers to David in his place, saying, “Whose is the land? Make your covenant with me, and behold, my hand shall be with you to bring all Israel over to you.” He said, “Good! I will make a covenant with you, but I demand one thing of you, namely, you shall not see my face unless you first bring Michal, Saul’s daughter, when you come to see me.”

“Let there be a treaty between you and me, as between my father and your father. Behold, I have sent you a present of silver and gold; go, break your treaty with Baasha king of Israel so that he will withdraw from me.”

Now therefore, come, make a bargain with my master the king of Assyria, and I will give you two thousand horses, if you are able on your part to set riders on them.

Now therefore, come make a bargain with my master the king of Assyria, and I will give you two thousand horses, if you are able on your part to set riders on them.

And he spoke with them, saying, “If it is your wish for me to bury my dead out of my sight, hear me, and approach Ephron the son of Zohar for me, that he may give me the cave of Machpelah which he owns, which is at the end of his field; for the full price let him give it to me in your presence for a burial site.”

So I thought to inform you, saying, ‘Buy it before those who are sitting here, and before the elders of my people. If you will redeem it, redeem it; but if not, tell me that I may know; for there is no one but you to redeem it, and I am after you.’” And he said, “I will redeem it.”

However, the king said to Araunah, “No, but I will surely buy it from you for a price, for I will not offer burnt offerings to the Lord my God which cost me nothing.” So David bought the threshing floor and the oxen for fifty shekels of silver.

Then Hanamel my uncle’s son came to me in the court of the guard according to the word of the Lord and said to me, ‘Buy my field, please, that is at Anathoth, which is in the land of Benjamin; for you have the right of possession and the redemption is yours; buy it for yourself.’ Then I knew that this was the word of the Lord.

Then Laban said to Jacob, “Because you are my relative, should you therefore serve me for nothing? Tell me, what shall your wages be?”

Complete the week of this one, and we will give you the other also for the service which you shall serve with me for another seven years.”

let me pass through your entire flock today, removing from there every speckled and spotted sheep and every black one among the lambs and the spotted and speckled among the goats; and such shall be my wages.

Micah then said to him, “Dwell with me and be a father and a priest to me, and I will give you ten pieces of silver a year, a suit of clothes, and your maintenance.” So the Levite went in. The Levite agreed to live with the man, and the young man became to him like one of his sons.

When he had agreed with the laborers for a denarius for the day, he sent them into his vineyard.

Then one of the twelve, named Judas Iscariot, went to the chief priests and said, “What are you willing to give me to betray Him to you?” And they weighed out thirty pieces of silver to him.

Then Judas Iscariot, who was one of the twelve, went off to the chief priests in order to betray Him to them.

And he went away and discussed with the chief priests and officers how he might betray Him to them.

Now therefore, please swear to me by the Lord, since I have dealt kindly with you, that you also will deal kindly with my father’s household, and give me a pledge of truth, and spare my father and my mother and my brothers and my sisters, with all who belong to them, and deliver our lives from death.”

Therefore deal kindly with your servant, for you have brought your servant into a covenant of the Lord with you. But if there is iniquity in me, put me to death yourself; for why then should you bring me to your father?”

Then David said to him, “Will you bring me down to this band?” And he said, “Swear to me by God that you will not kill me or deliver me into the hands of my master, and I will bring you down to this band.”

So the men said to her, “Our life for yours if you do not tell this business of ours; and it shall come about when the Lord gives us the land that we will deal kindly and faithfully with you.”

“Bad, bad,” says the buyer,
But when he goes his way, then he boasts.

“Ho! Every one who thirsts, come to the waters;
And you who have no money come, buy and eat.
Come, buy wine and milk
Without money and without cost.
“Why do you spend money for what is not bread,
And your wages for what does not satisfy?
Listen carefully to Me, and eat what is good,
And delight yourself in abundance.

“Has a nation changed gods
When they were not gods?
But My people have changed their glory
For that which does not profit.

so much that he promised with an oath to give her whatever she asked. Having been prompted by her mother, she *said, “Give me here on a platter the head of John the Baptist.” Although he was grieved, the king commanded it to be given because of his oaths, and because of his dinner guests.read more.
He sent and had John beheaded in the prison.

When the boys grew up, Esau became a skillful hunter, a man of the field, but Jacob was a peaceful man, living in tents. Now Isaac loved Esau, because he had a taste for game, but Rebekah loved Jacob. When Jacob had cooked stew, Esau came in from the field and he was famished;read more.
and Esau said to Jacob, “Please let me have a swallow of that red stuff there, for I am famished.” Therefore his name was called Edom. But Jacob said, “First sell me your birthright.” Esau said, “Behold, I am about to die; so of what use then is the birthright to me?” And Jacob said, “First swear to me”; so he swore to him, and sold his birthright to Jacob. Then Jacob gave Esau bread and lentil stew; and he ate and drank, and rose and went on his way. Thus Esau despised his birthright.