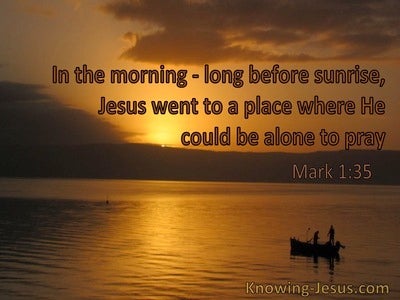 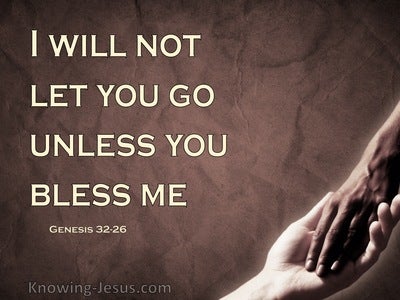 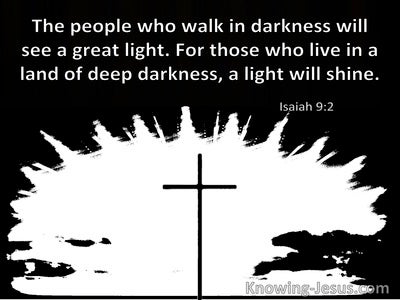 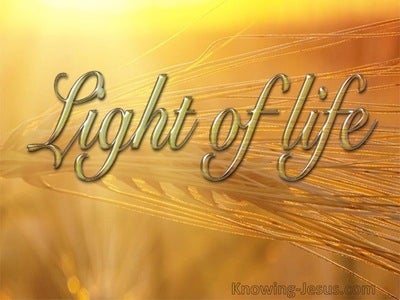 Seek him that maketh the seven stars and Orion, and turneth the shades of death into the morning, and maketh the day dark with night: that calleth for the waters of the sea, and poureth them out upon the face of the earth: JEHOVAH is his name:

And he shall be as the light of the morning, when the sun riseth, even a morning without clouds; as the tender grass springing out of the earth by clear shining after rain.

His sneezings flash light, and his eyes are like the eyelids of the morning.

And he arose that night, and took his two wives, and his two women-servants, and his eleven sons, and passed over the ford Jabbok. And he took them, and sent them over the brook, and sent over that which he had. And Jacob was left alone; and there wrestled a man with him, until the breaking of the day.read more.
And when he saw that he prevailed not against him, he touched the hollow of his thigh: and the hollow of Jacob's thigh was out of joint, as he wrestled with him. And he said, Let me go, for the day breaketh; And he said, I will not let thee go, except thou bless me.

But the men would not hearken to him: so the man took his concubine, and brought her forth to them; and they knew her, and abused her all the night until the morning: and when the day began to spring, they let her go. Then came the woman in the dawning of the day, and fell down at the door of the man's house where her lord was, till it was light.

And Saul said, Let us go down after the Philistines by night, and spoil them until the morning light, and let us not leave a man of them. And they said, Do whatever seemeth good to thee. Then said the priest, Let us draw near hither to God.

And Abigail came to Nabal; and behold, he held a feast in his house, like the feast of a king; and Nabal's heart was merry within him, for he was very drunken: Therefore she told him nothing, less or more, until the morning light.

And they took up Asahel, and buried him in the sepulcher of his father, which was in Beth-lehem. And Joab and his men went all night, and they came to Hebron at break of day.

Then David arose, and all the people that were with him, and they passed over Jordan: by the morning light there lacked not one of them that had not gone over Jordan.

So am I made to possess months of vanity, and wearisome nights are appointed to me. When I lie down, I say, When shall I arise, and the night be gone? and I am full of tossings to and fro to the dawning of the day.

God is in the midst of her; she shall not be moved: God shall help her, and that right early.

The watchman said, The morning cometh, and also the night: if ye will inquire, inquire ye: return, come.

I reckoned till morning, that, as a lion, so will he break all my bones: from day even to night wilt thou make an end of me.

Then fearing lest we should fall upon rocks, they cast four anchors out of the stern, and wished for the day.

Then the king arose very early in the morning, and went in haste to the den of lions.

And when the morning arose, then the angels hastened Lot, saying, Arise, take thy wife, and thy two daughters who are here; lest thou be consumed in the iniquity of the city.

Judges 9:33
Verse Concepts
Those Who Rose EarlyMorning
The Sun

And it shall be, that in the morning, as soon as the sun hath risen, thou shalt rise early, and attack the city: and behold, when he and the people that are with him come out against thee, then mayest thou do to them as thou shalt find occasion.

And it was told the Gazites, saying, Samson is come hither. And they encompassed him, and laid wait for him all night in the gate of the city, and were quiet all the night, saying, In the morning when it is day we shall kill him.

1 Samuel 19:11
Verse Concepts
Watchfulness, Of Believers
During One Night

Saul also sent messengers to David's house, to watch him, and to slay him in the morning: and Michal, David's wife, told him, saying, If thou dost not save thy life to-night, to-morrow thou wilt be slain.

In the end of the sabbath, as it began to dawn towards the first day of the week, came Mary Magdalene, and the other Mary to see the sepulcher.

And very early in the morning, the first day of the week, they came to the sepulcher at the rising of the sun:

Now upon the first day of the week, very early in the morning, they came to the sepulcher, bringing the spices which they had prepared, and certain others with them.

And in the morning, rising a great while before day, he went out and departed into a solitary place, and there prayed.

And when it was day, he departed, and went into a desert place; and the people sought him, and came to him, and stayed him, that he should not depart from them.

And as soon as it was day, the elders of the people, and the chief priests, and the scribes came together, and led him into their council,

And early in the morning he came again into the temple, and all the people came to him; and he sat down and taught them.

And while the day was coming on, Paul besought them all to take food, saying, This day is the fourteenth day that ye have tarried, and continued fasting, having taken nothing.

So we labored in the work: and half of them held the spears from the rising of the morning till the stars appeared.

And he read therein before the street that was before the water-gate from the morning until mid-day, before the men and the women, and those that could understand; and the ears of all the people were attentive to the book of the law.

The people that walked in darkness have seen a great light: they that dwell in the land of the shades of death, upon them hath the light shined.

I Jesus have sent my angel to testify to you these things in the churches. I am the root and the offspring of David, and the bright and morning-star.

I shall see him, but not now: I shall behold him, but not nigh: there shall come a Star out of Jacob, and a Scepter shall rise out of Israel, and shall smite the corners of Moab, and destroy all the children of Sheth.

The people who sat in darkness, saw great light; and to them who sat in the region and shades of death, light hath arisen.

Through the tender mercy of our God; by which the day-spring from on high hath visited us, To give light to them that sit in darkness and in the shades of death, to guide our feet into the way of peace.

In him was life; and the life was the light of men. And the light shineth in darkness; and the darkness comprehended it not.

Then Jesus spoke again to them, saying, I am the light of the world: he that followeth me shall not walk in darkness, but shall have the light of life.

And he will bring forth thy righteousness as the light, and thy judgment as the noon-day.

To the upright there ariseth light in darkness: he is gracious, and full of compassion, and righteous.

So let all thy enemies perish, O LORD: but let them that love him be as the sun when he goeth forth in his might. And the land had rest forty years.

Awake, my glory; awake, psaltery and harp: I myself will awake early.

Awake, psaltery and harp: I myself will awake early.

But the path of the just is as the shining light, that shineth more and more to the perfect day.

Then shall thy light break forth as the morning, and thy health shall spring forth speedily: and thy righteousness shall go before thee; the glory of the LORD shall be thy rear-ward.

The night is far spent, the day is at hand: let us therefore cast off the works of darkness, and let us put on the armor of light.

But to you that fear my name, shall the Sun of righteousness arise with healing in his wings; and ye shall go forth, and grow up as calves of the stall.

We have also a more sure word of prophecy; to which ye do well that ye take heed, as to a light that shineth in a dark place, until the day dawn, and the day-star arise in your hearts:

Through the tender mercy of our God; by which the day-spring from on high hath visited us,

Arise, shine; for thy light is come, and the glory of the LORD is risen upon thee.

We have also a more sure word of prophecy; to which ye do well that ye take heed, as to a light that shineth in a dark place, until the day dawn, and the day-star arise in your hearts: