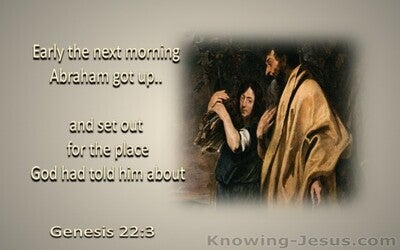 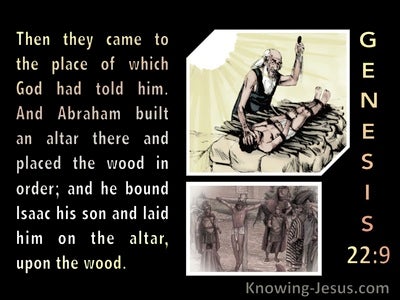 The words of a gossip are like delicious morsels; they go down into a person's innermost being.

When its branches get brittle, they break; women come and use them for kindling. For these people lack understanding, therefore the one who made them has no compassion on them; the one who formed them has no mercy on them.

No! It is thrown in the fire for fuel; when the fire has burned up both ends of it and it is charred in the middle, will it be useful for anything? Indeed! If it was not made into anything useful when it was whole, how much less can it be made into anything when the fire has burned it up and it is charred? "Therefore, this is what the sovereign Lord says: Like the wood of the vine is among the trees of the forest which I have provided as fuel for the fire -- so I will provide the residents of Jerusalem as fuel.

A man uses it to make a fire; he takes some of it and warms himself. Yes, he kindles a fire and bakes bread. Then he makes a god and worships it; he makes an idol and bows down to it.

Pile up the bones, kindle the fire; cook the meat well, mix in the spices, let the bones be charred.

Elisha went back and took his pair of oxen and slaughtered them. He cooked the meat over a fire that he made by burning the harness and yoke. He gave the people meat and they ate. Then he got up and followed Elijah and became his assistant.

He arranged the wood, cut up the bull, and placed it on the wood.

Isaiah 44:19
Verse Concepts
Those Who Were IgnorantAbominationsDullnessBowing To False Gods
Baking BreadAbominations, Idolatry IsHalf Of ThingsIgnorance Towards God, Leads To

No one thinks to himself, nor do they comprehend or understand and say to themselves: 'I burned half of it in the fire -- yes, I baked bread over the coals; I roasted meat and ate it. With the rest of it should I make a disgusting idol? Should I bow down to dry wood?'

Early in the morning Abraham got up and saddled his donkey. He took two of his young servants with him, along with his son Isaac. When he had cut the wood for the burnt offering, he started out for the place God had spoken to him about.

Abraham took the wood for the burnt offering and put it on his son Isaac. Then he took the fire and the knife in his hand, and the two of them walked on together.

Isaac said to his father Abraham, "My father?" "What is it, my son?" he replied. "Here is the fire and the wood," Isaac said, "but where is the lamb for the burnt offering?"

When they came to the place God had told him about, Abraham built the altar there and arranged the wood on it. Next he tied up his son Isaac and placed him on the altar on top of the wood.

and the sons of Aaron, the priest, must put fire on the altar and arrange wood on the fire.

Leviticus 1:12
Verse Concepts
Fat Of The SacrificesPutting In Order
Animals Cut In Pieces

Next, the one presenting the offering must cut it into parts, with its head and its suet, and the priest must arrange them on the wood which is in the fire, on the altar.

but the fire which is on the altar must be kept burning on it. It must not be extinguished. So the priest must kindle wood on it morning by morning, and he must arrange the burnt offering on it and offer the fat of the peace offering up in smoke on it.

When the Israelites were in the wilderness they found a man gathering wood on the Sabbath day.

Take the choice bone of the flock, heap up bones under it; boil rapidly, and boil its bones in it.

So he got up and went to Zarephath. When he went through the city gate, there was a widow gathering wood. He called out to her, "Please give me a cup of water, so I can take a drink."

She said, "As certainly as the Lord your God lives, I have no food, except for a handful of flour in a jar and a little olive oil in a jug. Right now I am gathering a couple of sticks for a fire. Then I'm going home to make one final meal for my son and myself. After we have eaten that, we will die of starvation."

Children are gathering firewood, fathers are building fires with it, and women are mixing dough to bake cakes to offer to the goddess they call the Queen of Heaven. They are also pouring out drink offerings to other gods. They seem to do all this just to trouble me.

When Paul had gathered a bundle of brushwood and was putting it on the fire, a viper came out because of the heat and fastened itself on his hand.

They will not need to take wood from the field or cut down trees from the forests, because they will make fires with the weapons. They will take the loot from those who looted them and seize the plunder of those who plundered them, declares the sovereign Lord.

Then build an altar for the Lord your God on the top of this stronghold according to the proper pattern. Take the second bull and offer it as a burnt sacrifice on the wood from the Asherah pole that you cut down."

The cart was coming to the field of Joshua, who was from Beth Shemesh. It paused there near a big stone. Then they cut up the wood of the cart and offered the cows as a burnt offering to the Lord.

Araunah told David, "My lord the king may take whatever he wishes and offer it. Look! Here are oxen for burnt offerings, and threshing sledges and harnesses for wood.

Ornan told David, "You can have it! My master, the king, may do what he wants. Look, I am giving you the oxen for burnt sacrifices, the threshing sledges for wood, and the wheat for an offering. I give it all to you."

The leaders then added, "Let them live." So they became woodcutters and water carriers for the whole community, as the leaders had decided.

Now you are condemned to perpetual servitude as woodcutters and water carriers for the house of my God."

and that day made them woodcutters and water carriers for the community and for the altar of the Lord at the divinely chosen site. (They continue in that capacity to this very day.)

your infants, your wives, and the foreigners living in your encampment, those who chop wood and those who carry water --

Nehemiah 10:34
Verse Concepts
Casting LotsWood
The Altar Of The Lord

"We -- the priests, the Levites, and the people -- have cast lots concerning the wood offerings, to bring them to the temple of our God according to our families at the designated times year by year to burn on the altar of the LORD our God, as is written in the law.

I also provided for the wood offering at the appointed times and also for the first fruits. Please remember me for good, O my God.

We must pay money for our own water; we must buy our own wood at a steep price.

Not even Lebanon could supply enough firewood for a sacrifice; its wild animals would not provide enough burnt offerings.