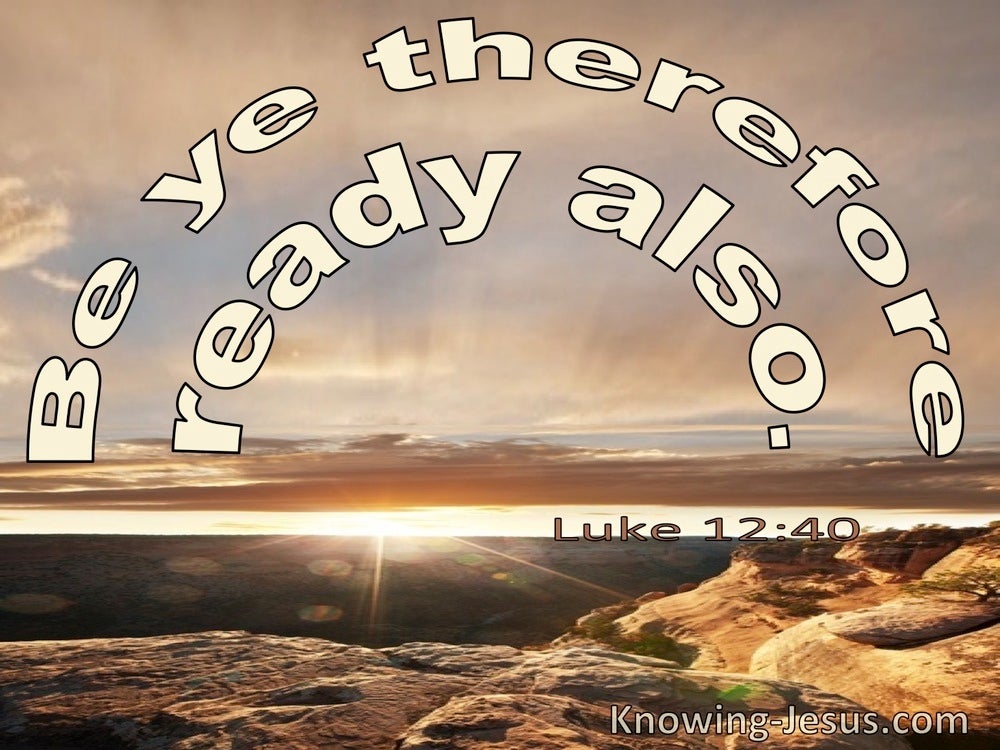 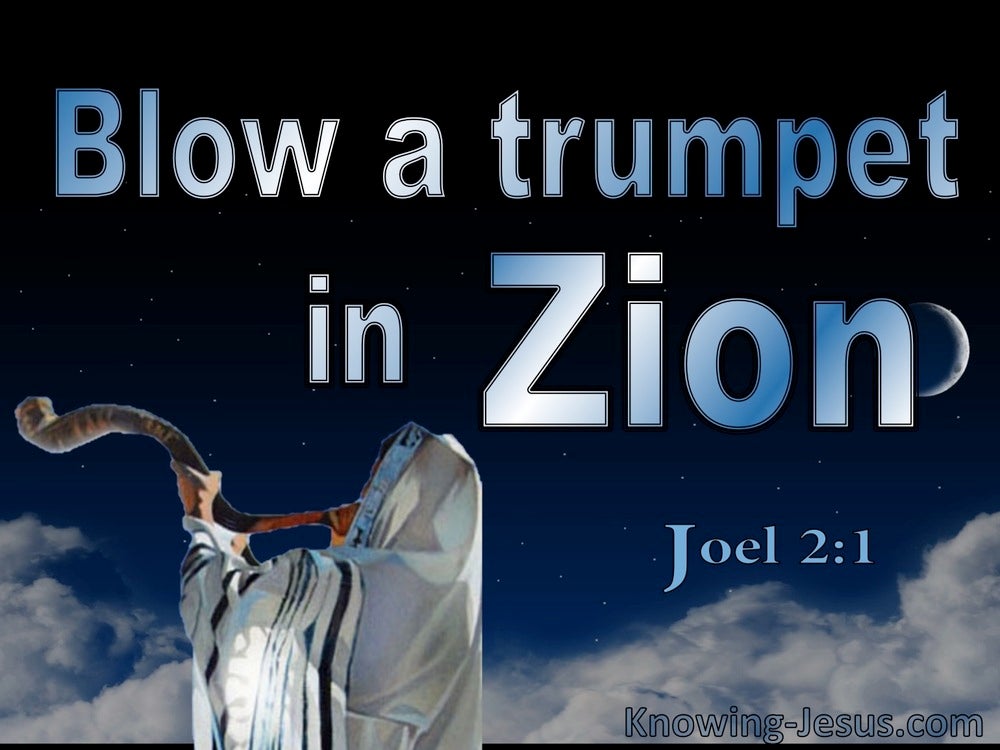 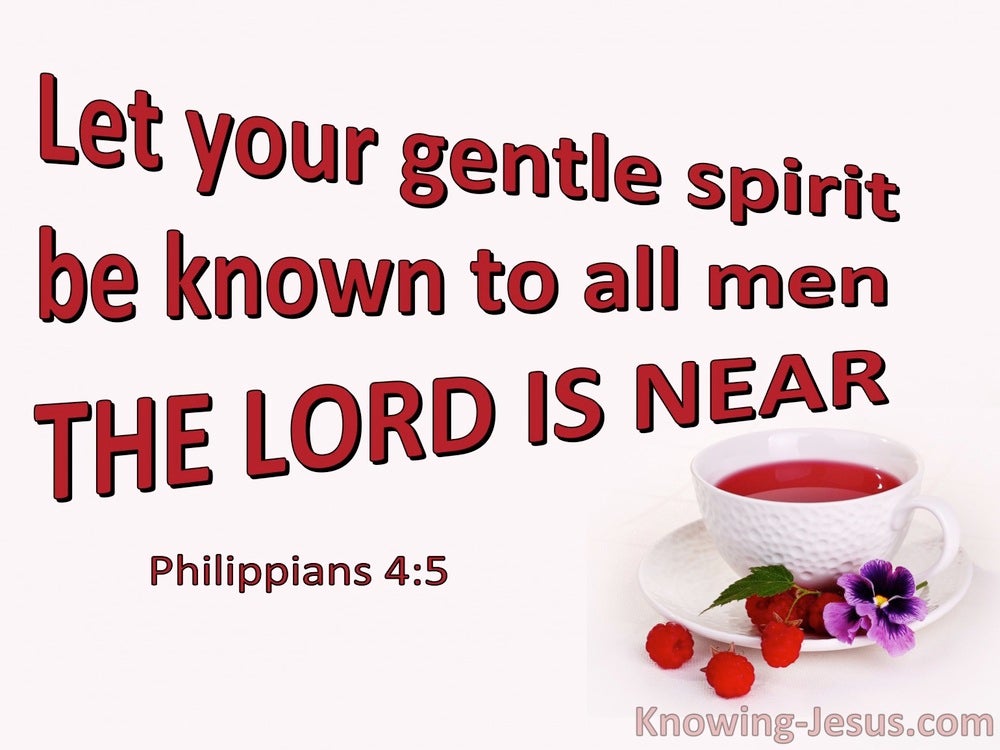 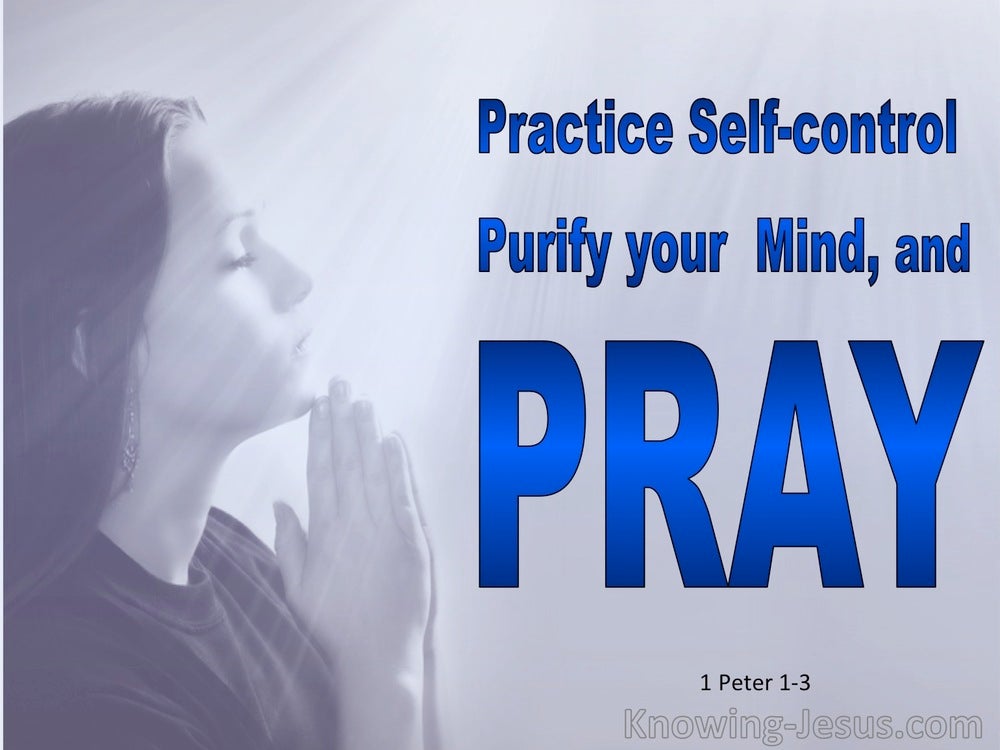 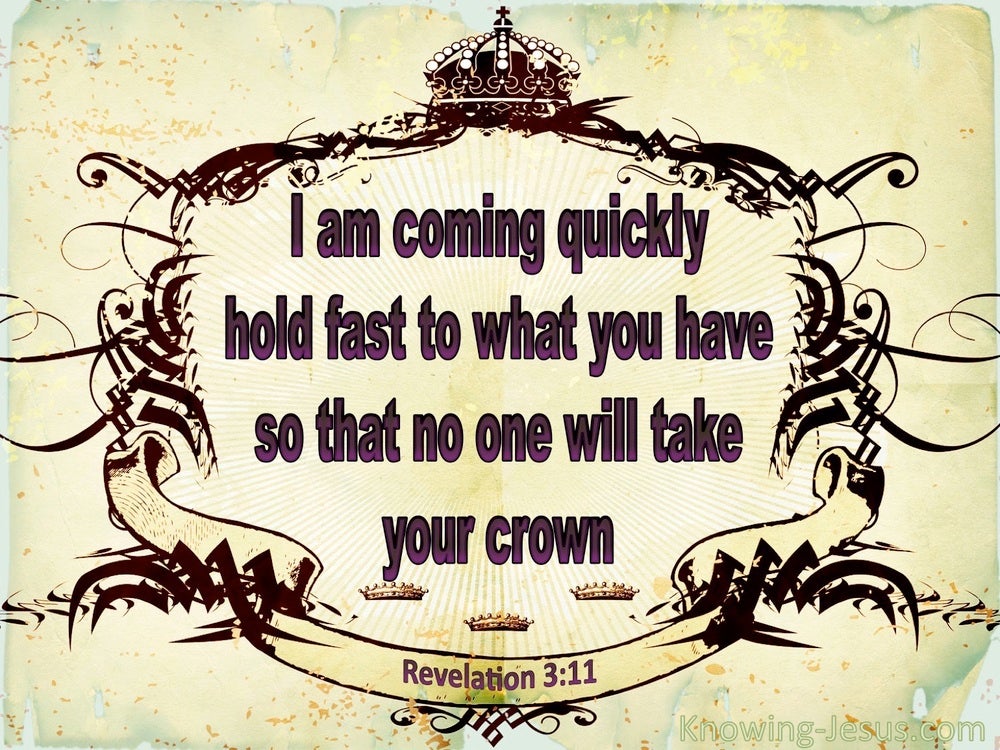 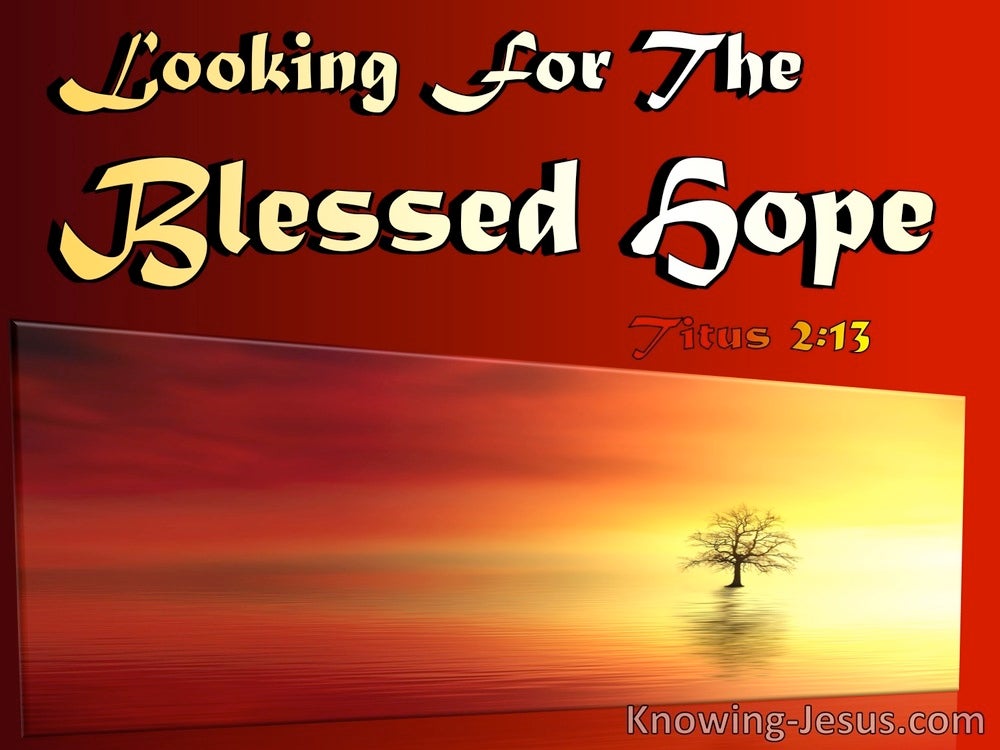 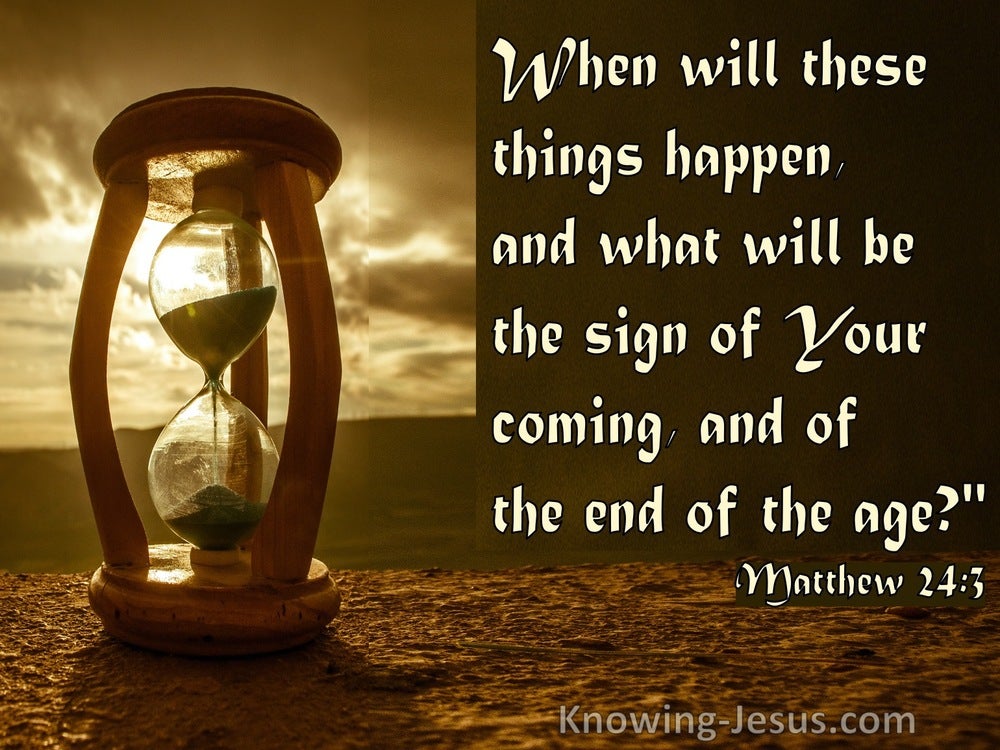 Blow a trumpet in Zion,
And sound an alarm on My holy mountain!
Let all the inhabitants of the land tremble,
For the day of the Lord is coming;
Surely it is near,

“For the day of the Lord draws near on all the nations.
As you have done, it will be done to you.
Your dealings will return on your own head.

You too, be ready; for the Son of Man is coming at an hour that you do not expect.”

Do not complain, brethren, against one another, so that you yourselves may not be judged; behold, the Judge is standing right at the door.

And he *said to me, “Do not seal up the words of the prophecy of this book, for the time is near.

Blow a trumpet in Zion,
And sound an alarm on My holy mountain!
Let all the inhabitants of the land tremble,
For the day of the Lord is coming;
Surely it is near,
A day of darkness and gloom,
A day of clouds and thick darkness.
As the dawn is spread over the mountains,
So there is a great and mighty people;
There has never been anything like it,
Nor will there be again after it
To the years of many generations.

And another angel, a second one, followed, saying, “Fallen, fallen is Babylon the great, she who has made all the nations drink of the wine of the passion of her immorality.”

You too be patient; strengthen your hearts, for the coming of the Lord is near.

I am coming quickly; hold fast what you have, so that no one will take your crown.

“And behold, I am coming quickly. Blessed is he who heeds the words of the prophecy of this book.” I, John, am the one who heard and saw these things. And when I heard and saw, I fell down to worship at the feet of the angel who showed me these things. But he *said to me, “Do not do that. I am a fellow servant of yours and of your brethren the prophets and of those who heed the words of this book. Worship God.”read more.
And he *said to me, “Do not seal up the words of the prophecy of this book, for the time is near. Let the one who does wrong, still do wrong; and the one who is filthy, still be filthy; and let the one who is righteous, still practice righteousness; and the one who is holy, still keep himself holy.” “Behold, I am coming quickly, and My reward is with Me, to render to every man according to what he has done.

Do this, knowing the time, that it is already the hour for you to awaken from sleep; for now salvation is nearer to us than when we believed. The night is almost gone, and the day is near. Therefore let us lay aside the deeds of darkness and put on the armor of light.

so that you are not lacking in any gift, awaiting eagerly the revelation of our Lord Jesus Christ,

For the Son of Man is going to come in the glory of His Father with His angels, and will then repay every man according to his deeds. “Truly I say to you, there are some of those who are standing here who will not taste death until they see the Son of Man coming in His kingdom.”

As He was sitting on the Mount of Olives, the disciples came to Him privately, saying, “Tell us, when will these things happen, and what will be the sign of Your coming, and of the end of the age?” And Jesus answered and said to them, “See to it that no one misleads you. For many will come in My name, saying, ‘I am the Christ,’ and will mislead many.read more.
You will be hearing of wars and rumors of wars. See that you are not frightened, for those things must take place, but that is not yet the end. For nation will rise against nation, and kingdom against kingdom, and in various places there will be famines and earthquakes. But all these things are merely the beginning of birth pangs. “Then they will deliver you to tribulation, and will kill you, and you will be hated by all nations because of My name. At that time many will fall away and will betray one another and hate one another. Many false prophets will arise and will mislead many. Because lawlessness is increased, most people’s love will grow cold. But the one who endures to the end, he will be saved. This gospel of the kingdom shall be preached in the whole world as a testimony to all the nations, and then the end will come. “Therefore when you see the abomination of desolation which was spoken of through Daniel the prophet, standing in the holy place (let the reader understand), then those who are in Judea must flee to the mountains. Whoever is on the housetop must not go down to get the things out that are in his house. Whoever is in the field must not turn back to get his cloak. But woe to those who are pregnant and to those who are nursing babies in those days! But pray that your flight will not be in the winter, or on a Sabbath. For then there will be a great tribulation, such as has not occurred since the beginning of the world until now, nor ever will. Unless those days had been cut short, no life would have been saved; but for the sake of the elect those days will be cut short. Then if anyone says to you, ‘Behold, here is the Christ,’ or ‘There He is,’ do not believe him. For false Christs and false prophets will arise and will show great signs and wonders, so as to mislead, if possible, even the elect. Behold, I have told you in advance. So if they say to you, ‘Behold, He is in the wilderness,’ do not go out, or, ‘Behold, He is in the inner rooms,’ do not believe them. For just as the lightning comes from the east and flashes even to the west, so will the coming of the Son of Man be. Wherever the corpse is, there the vultures will gather. “But immediately after the tribulation of those days the sun will be darkened, and the moon will not give its light, and the stars will fall from the sky, and the powers of the heavens will be shaken. And then the sign of the Son of Man will appear in the sky, and then all the tribes of the earth will mourn, and they will see the Son of Man coming on the clouds of the sky with power and great glory. And He will send forth His angels with a great trumpet and they will gather together His elect from the four winds, from one end of the sky to the other. “Now learn the parable from the fig tree: when its branch has already become tender and puts forth its leaves, you know that summer is near; so, you too, when you see all these things, recognize that He is near, right at the door. Truly I say to you, this generation will not pass away until all these things take place.

Truly I say to you, this generation will not pass away until all these things take place.

But when these things begin to take place, straighten up and lift up your heads, because your redemption is drawing near.”

“Do not let your heart be troubled; believe in God, believe also in Me. In My Father’s house are many dwelling places; if it were not so, I would have told you; for I go to prepare a place for you. If I go and prepare a place for you, I will come again and receive you to Myself, that where I am, there you may be also.read more.
And you know the way where I am going.”