1 more readings on Someone

29 Bible Verses about Losing Someone 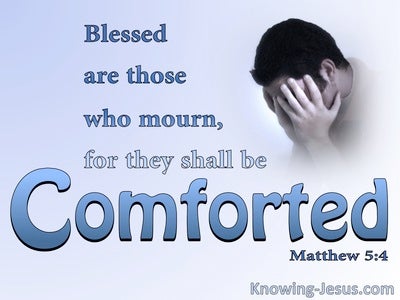 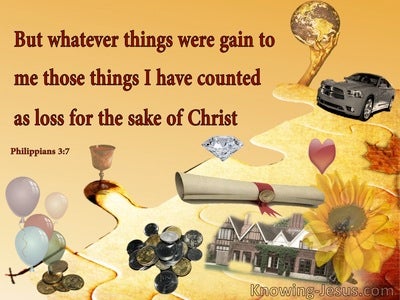 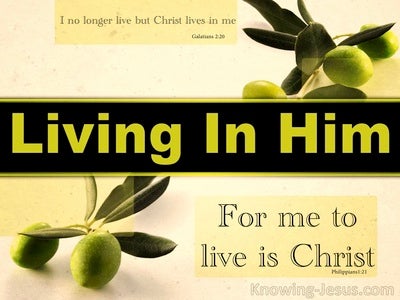 Keep guard over yourselves, so that you may not lose the results of your good deeds, but may receive back a full reward.

But now take courage, for there will be no destruction of life among you, but of the ship only.

"Blessed are the mourners, for they shall be comforted.

To save your life is to lose it, and to lose your life for my sake is to save it.

Now, concerning those who from time to time pass away, we would not have you to be ignorant, brethren, lest you should mourn as others do who have no hope.

"But beware of doing your good actions in the sight of men, in order to attract their gaze; if you do, there is no reward for you with your Father who is in Heaven.

Nay, I even reckon all things as pure loss because of the priceless privilege of knowing Christ Jesus my Lord. And for His sake I have suffered the loss of everything, and reckon it all as mere refuse, in order that I may win Christ and be found in union with Him,

Why, what benefit is it to a man to have gained the whole world, but to have lost or forfeited his own self.

Yet all that was gain to me--for Christ's sake I have reckoned it loss.

He will wipe every tear from their eyes. Death shall be no more; nor sorrow, nor wail of woe, nor pain; for the first things have passed away."

If any one's work is burnt up, he will suffer the loss of it; yet he will himself be rescued, but only, as it were, by passing through the fire.

Why, what benefit will it be to a man if he gains the whole world but forfeits his life? Or what shall a man give to buy back his life?

For, with me, to live is Christ and to die is gain.

And this is the will of Him who sent me, that of all that He has given me I should lose nothing, but should raise it to life on the last day.

let him know that he who brings a sinner back from his evil ways will save the man's soul from death and throw a veil over a multitude of sins.

He made this request in order that the words He had spoken might be fulfilled, "As for those whom Thou hast given me, I have not lost one."

He who holds his life dear, is destroying it; and he who makes his life of no account in this world shall keep it to the Life of the Ages.

Women received back their dear ones alive from the dead; and others were put to death with torture, refusing the deliverance offered to them--that they might secure a better resurrection.

And whoever gives one of these little ones even a cup of cold water to drink because he is a disciple, I solemnly tell you that he will not lose his reward."

It follows also that those who have fallen asleep in Christ have perished.

The last enemy that is to be overthrown is Death;

While I was with them, I kept them true to Thy name--the name Thou hast given me to bear--and I kept watch over them, and not one of them is lost but only he who is doomed to destruction--that the Scripture may be fulfilled.

What do you yourselves think? Suppose a man gets a hundred sheep and one of them strays away, will he not leave the ninety-nine on the hills and go and look for the one that is straying?

So you also now have sorrow; but I shall see you again, and your hearts will be glad, and your gladness no one will take away from you.

For it is true that he has been ill, and was apparently at the point of death; but God had pity on him, and not only on him, but also on me, to save me from having sorrow upon sorrow.

Why, what does it benefit a man to gain the whole world and forfeit his life?

And if your right hand is a snare to you, cut it off and away with it; it is better for you that one member should be destroyed rather than that your whole body should go into Gehenna.