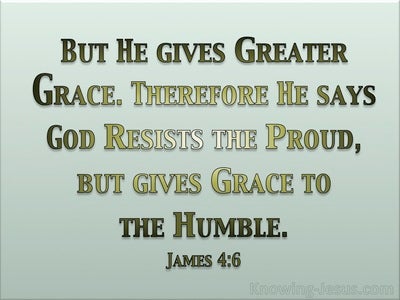 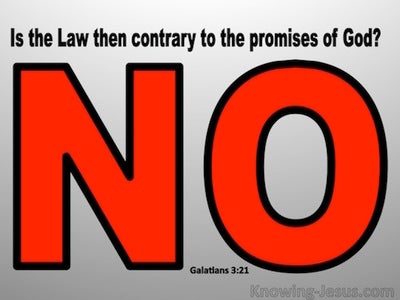 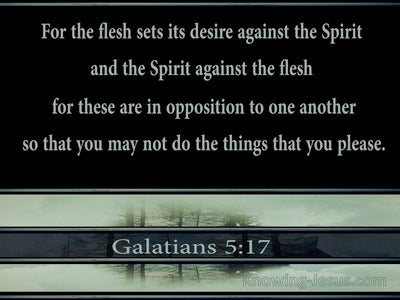 Numbers 14:34
Verse Concepts
wanderingexploringComplaininglandconsequencesMore Than One Month
Iniquity, Punishment For40 To 50 YearsKnowledge, Of GodAccording To TimeThe Number FortyOne Day

According to the number of the days you have investigated this land, forty days -- one day for a year -- you will suffer for your iniquities, forty years, and you will know what it means to thwart me.

In the same way, you who are younger, be subject to the elders. And all of you, clothe yourselves with humility toward one another, because God opposes the proud but gives grace to the humble.

Indeed, it was the very hand of the Lord that eliminated them from within the camp until they were all gone.

Whenever they went out to fight, the Lord did them harm, just as he had warned and solemnly vowed he would do. They suffered greatly.

But if you don't obey the Lord and rebel against what the Lord says, the hand of the Lord will be against both you and your king.

"'Therefore, this is what the sovereign Lord says: Take note that I am against your wristbands with which you entrap people's lives like birds. I will tear them from your arms and will release the people's lives, which you hunt like birds.

"'As for the prophet, if he is made a fool by being deceived into speaking a prophetic word -- I, the Lord, have made a fool of that prophet, and I will stretch out my hand against him and destroy him from among my people Israel.

He repeatedly attacks me, he turns his hand against me all day long.

But the Lord opposes evildoers and wipes out all memory of them from the earth.

For the eyes of the Lord are upon the righteous and his ears are open to their prayer. But the Lord's face is against those who do evil.

Therefore this is what the sovereign Lord says: Look, I am against Pharaoh king of Egypt, and I will break his arms, the strong arm and the broken one, and I will make the sword drop from his hand.

Zephaniah 2:5
Verse Concepts
Woe To The WickedGod Will Kill The PeoplesWoe
Word Of GodCoastlandsGod Killing

Those who live by the sea, the people who came from Crete, are as good as dead. The Lord has decreed your downfall, Canaan, land of the Philistines: "I will destroy everyone who lives there!"

I myself will also walk in hostility against you and strike you seven times on account of your sins.

I will walk in hostile rage against you and I myself will also discipline you seven times on account of your sins.

(and I myself will walk in hostility against them and bring them into the land of their enemies), and then their uncircumcised hearts become humbled and they make up for their iniquity,

Leviticus 17:10
Verse Concepts
Strangers in israelThose To Be Cut Off From IsraelForbidden Food
Face Of GodForeigners Included In The Law

"'Any man from the house of Israel or from the foreigners who reside in their midst who eats any blood, I will set my face against that person who eats the blood, and I will cut him off from the midst of his people,

Leviticus 20:3
Verse Concepts
Polluting Holy PlacesThose To Be Cut Off From IsraelSanctuary
Profaning God's NameFace Of GodOpposition, To Sin And Evil

I myself will set my face against that man and cut him off from the midst of his people, because he has given some of his children to Molech and thereby defiled my sanctuary and profaned my holy name.

Leviticus 20:5
Verse Concepts
Death Penalty For HeresyThose To Be Cut Off From Israel
Prostitution

I myself will set my face against that man and his clan. I will cut off from the midst of their people both him and all who follow after him in spiritual prostitution, to commit prostitution by worshiping Molech.

"'The person who turns to the spirits of the dead and familiar spirits to commit prostitution by going after them, I will set my face against that person and cut him off from the midst of his people.

I will set my face against you. You will be struck down before your enemies, those who hate you will rule over you, and you will flee when there is no one pursuing you.

"Because of this, the Lord God of Israel who rules over all says, 'I am determined to bring disaster on you, even to the point of destroying all the Judeans here.

For I, the Lord, say that I am determined not to deliver this city but to bring disaster on it. It will be handed over to the king of Babylon and he will destroy it with fire.'"

I will set my face against that person and will make him an object lesson and a byword and will cut him off from among my people. Then you will know that I am the Lord.

Listen, you who sit enthroned above the valley on a rocky plateau. I am opposed to you,' says the Lord. 'You boast, "No one can swoop down on us. No one can penetrate into our places of refuge."

"Therefore this is what the sovereign Lord says: I -- even I -- am against you, and I will execute judgment among you while the nations watch.

and say to them, 'This is what the Lord says: Look, I am against you. I will draw my sword from its sheath and cut off from you both the righteous and the wicked.

"Listen! I am opposed to you, you proud city," says the Lord God who rules over all. "Indeed, your day of reckoning has come, the time when I will punish you.

The Lord says, "Beware! I am opposed to you, Babylon! You are like a destructive mountain that destroys all the earth. I will unleash my power against you; I will roll you off the cliffs and make you like a burned-out mountain.

"I will attack Judah and all who live in Jerusalem. I will remove from this place every trace of Baal worship, as well as the very memory of the pagan priests.

My hand will be against the prophets who see delusion and announce lying omens. They will not be included in the council of my people, nor be written in the registry of the house of Israel, nor enter the land of Israel. Then you will know that I am the sovereign Lord.

An oracle of the word of the Lord concerning the land of Hadrach, with its focus on Damascus: The eyes of all humanity, especially of the tribes of Israel, are toward the Lord,

When he saw the angel who was destroying the people, David said to the Lord, "Look, it is I who have sinned and done this evil thing! As for these sheep -- what have they done? Attack me and my family."

Galatians 3:21
Verse Concepts
God's Promise To AbrahamJustified By WorksLife Through Keeping The Law
Far Be It!Law, Purpose OfSalvation Not By Works

Is the law therefore opposed to the promises of God? Absolutely not! For if a law had been given that was able to give life, then righteousness would certainly have come by the law.