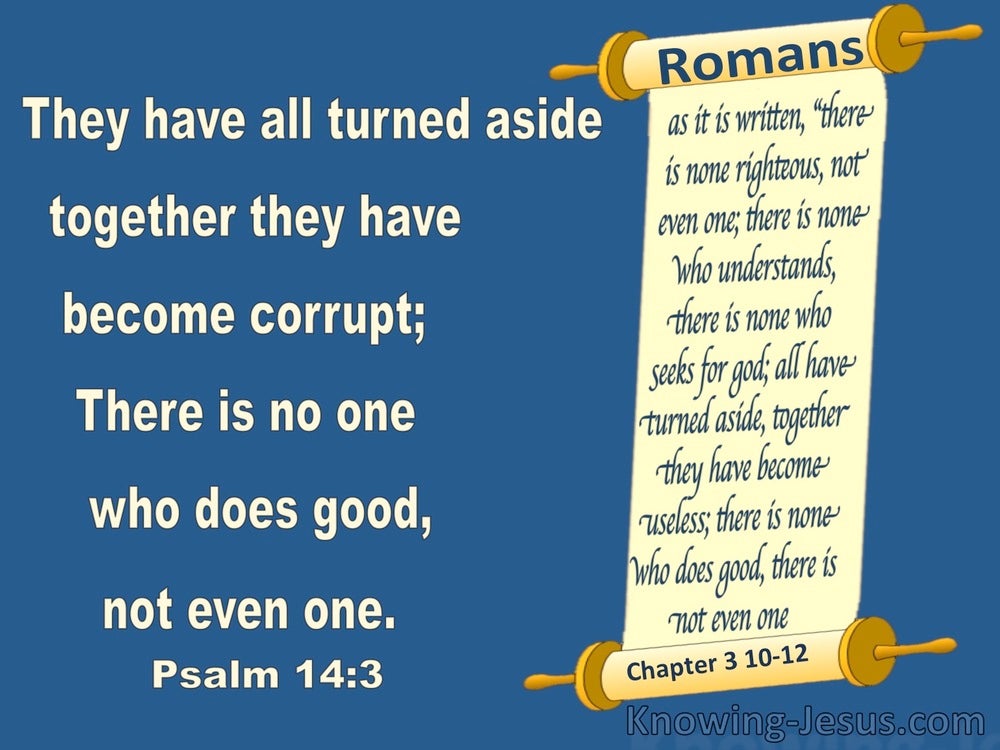 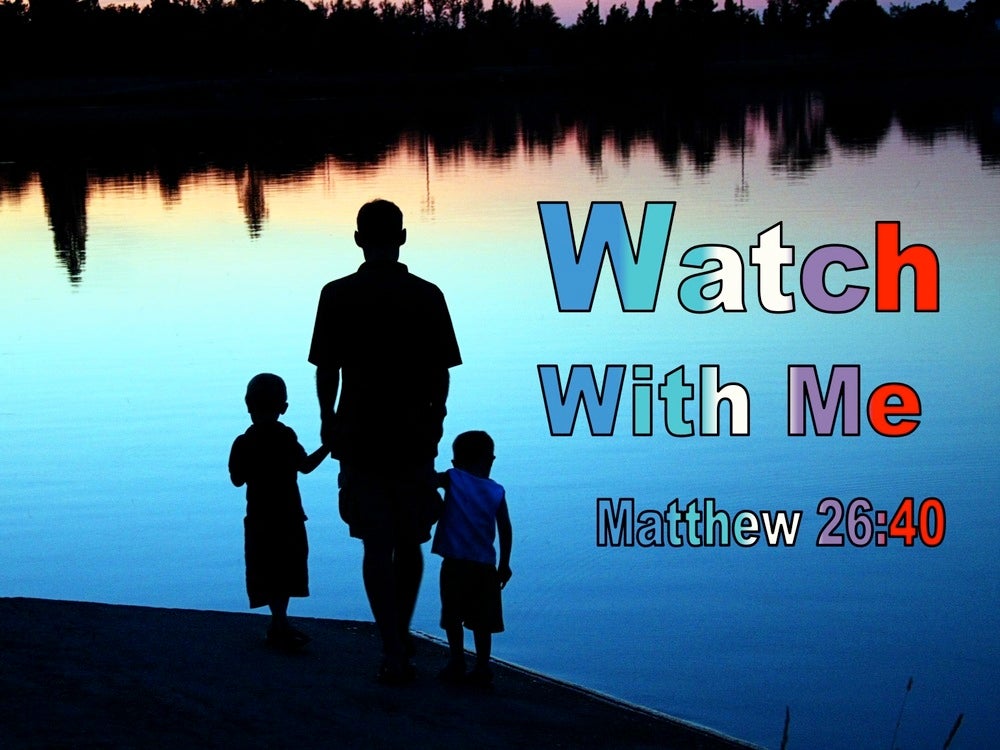 For the choir director. A Psalm of David.
The fool has said in his heart, “There is no God.”
They are corrupt, they have committed abominable deeds;
There is no one who does good.
The Lord has looked down from heaven upon the sons of men
To see if there are any who understand,
Who seek after God.
They have all turned aside, together they have become corrupt;
There is no one who does good, not even one.
read more.
Do all the workers of wickedness not know,
Who eat up my people as they eat bread,
And do not call upon the Lord?

For the choir director; according to Mahalath. A Maskil of David.
The fool has said in his heart, “There is no God,”
They are corrupt, and have committed abominable injustice;
There is no one who does good.
God has looked down from heaven upon the sons of men
To see if there is anyone who understands,
Who seeks after God.
Every one of them has turned aside; together they have become corrupt;
There is no one who does good, not even one.
read more.
Have the workers of wickedness no knowledge,
Who eat up My people as though they ate bread
And have not called upon God?

‘Who is the Almighty, that we should serve Him,
And what would we gain if we entreat Him?’

Thus says the Lord,
“Cursed is the man who trusts in mankind
And makes flesh his strength,
And whose heart turns away from the Lord.

She heeded no voice,
She accepted no instruction.
She did not trust in the Lord,
She did not draw near to her God.

“They sacrificed to demons who were not God,
To gods whom they have not known,
New gods who came lately,
Whom your fathers did not dread.
“You neglected the Rock who begot you,
And forgot the God who gave you birth.

Then the Lord God called to the man, and said to him, “Where are you?” He said, “I heard the sound of You in the garden, and I was afraid because I was naked; so I hid myself.” And He said, “Who told you that you were naked? Have you eaten from the tree of which I commanded you not to eat?”read more.
The man said, “The woman whom You gave to be with me, she gave me from the tree, and I ate.”

The word of the Lord came to Jonah the son of Amittai saying, “Arise, go to Nineveh the great city and cry against it, for their wickedness has come up before Me.” But Jonah rose up to flee to Tarshish from the presence of the Lord. So he went down to Joppa, found a ship which was going to Tarshish, paid the fare and went down into it to go with them to Tarshish from the presence of the Lord.read more.
The Lord hurled a great wind on the sea and there was a great storm on the sea so that the ship was about to break up. Then the sailors became afraid and every man cried to his god, and they threw the cargo which was in the ship into the sea to lighten it for them. But Jonah had gone below into the hold of the ship, lain down and fallen sound asleep. So the captain approached him and said, “How is it that you are sleeping? Get up, call on your god. Perhaps your god will be concerned about us so that we will not perish.”

When He rose from prayer, He came to the disciples and found them sleeping from sorrow,

And He *came to the disciples and *found them sleeping, and *said to Peter, “So, you men could not keep watch with Me for one hour?

And He *came and *found them sleeping, and *said to Peter, “Simon, are you asleep? Could you not keep watch for one hour?

Again He came and found them sleeping, for their eyes were heavy. And He left them again, and went away and prayed a third time, saying the same thing once more. Then He *came to the disciples and *said to them, “Are you still sleeping and resting? Behold, the hour is at hand and the Son of Man is being betrayed into the hands of sinners.

And again He came and found them sleeping, for their eyes were very heavy; and they did not know what to answer Him. And He *came the third time, and *said to them, “Are you still sleeping and resting? It is enough; the hour has come; behold, the Son of Man is being betrayed into the hands of sinners.

Now Joshua sent men from Jericho to Ai, which is near Beth-aven, east of Bethel, and said to them, “Go up and spy out the land.” So the men went up and spied out Ai. They returned to Joshua and said to him, “Do not let all the people go up; only about two or three thousand men need go up to Ai; do not make all the people toil up there, for they are few.” So about three thousand men from the people went up there, but they fled from the men of Ai.read more.
The men of Ai struck down about thirty-six of their men, and pursued them from the gate as far as Shebarim and struck them down on the descent, so the hearts of the people melted and became as water.

Then he said to him, “Thus says the Lord, ‘Because you have sent messengers to inquire of Baal-zebub, the god of Ekron—is it because there is no God in Israel to inquire of His word?—therefore you shall not come down from the bed where you have gone up, but shall surely die.’”

“I hate your new moon festivals and your appointed feasts,
They have become a burden to Me;
I am weary of bearing them.

“Woe to the rebellious children,” declares the Lord,
“Who execute a plan, but not Mine,
And make an alliance, but not of My Spirit,
In order to add sin to sin;
Who proceed down to Egypt
Without consulting Me,
To take refuge in the safety of Pharaoh
And to seek shelter in the shadow of Egypt!

Daniel 9:13
Verse Concepts
Written In The LawclosureConversion, nature of
ComplacencySeeking The Favour Of God

Yet the people do not turn back to Him who struck them,
Nor do they seek the Lord of hosts.

I searched for a man among them who would build up the wall and stand in the gap before Me for the land, so that I would not destroy it; but I found no one.

Then he began to curse and swear, “I do not know the man!” And immediately a rooster crowed.

But he began to curse and swear, “I do not know this man you are talking about!”

But Peter said, “Man, I do not know what you are talking about.” Immediately, while he was still speaking, a rooster crowed.

Peter then denied it again, and immediately a rooster crowed.

They rejected His statutes and His covenant which He made with their fathers and His warnings with which He warned them. And they followed vanity and became vain, and went after the nations which surrounded them, concerning which the Lord had commanded them not to do like them.

Thus says the Lord,
“What injustice did your fathers find in Me,
That they went far from Me
And walked after emptiness and became empty?

Now the sons of Eli were worthless men; they did not know the Lord

Moreover, as for me, far be it from me that I should sin against the Lord by ceasing to pray for you; but I will instruct you in the good and right way.

Abide in Me, and I in you. As the branch cannot bear fruit of itself unless it abides in the vine, so neither can you unless you abide in Me. I am the vine, you are the branches; he who abides in Me and I in him, he bears much fruit, for apart from Me you can do nothing.

What is the source of quarrels and conflicts among you? Is not the source your pleasures that wage war in your members? You lust and do not have; so you commit murder. You are envious and cannot obtain; so you fight and quarrel. You do not have because you do not ask. You ask and do not receive, because you ask with wrong motives, so that you may spend it on your pleasures.read more.
You adulteresses, do you not know that friendship with the world is hostility toward God? Therefore whoever wishes to be a friend of the world makes himself an enemy of God.