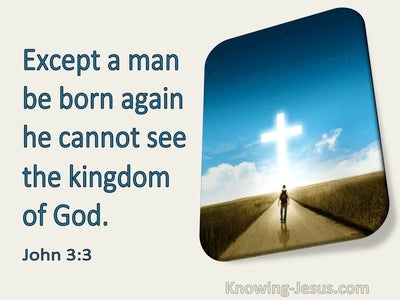 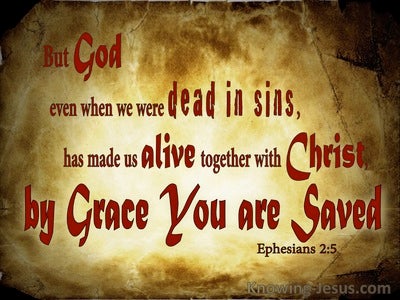 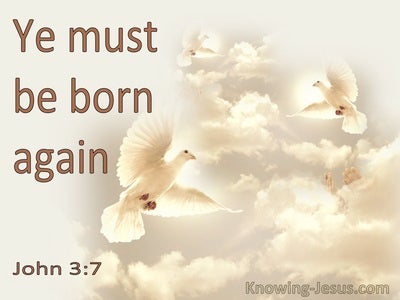 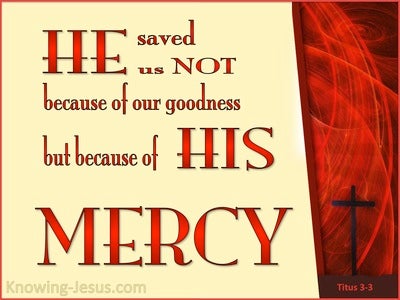 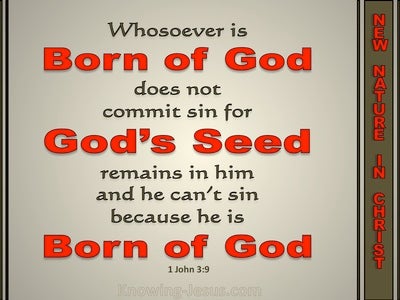 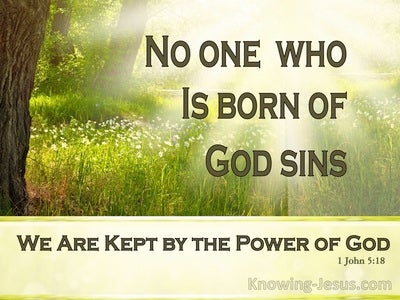 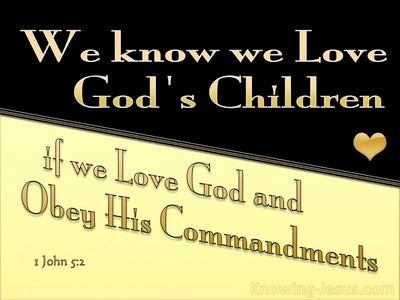 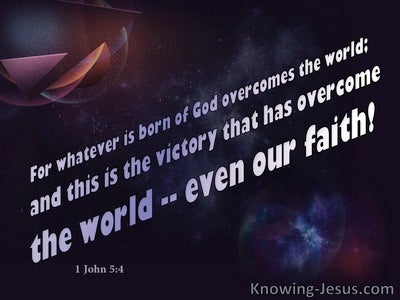 Jesus answered and said to him, “Truly, truly, I say to you, unless one is born again he cannot see the kingdom of God.”

And you were dead in your trespasses and sins,

Blessed be the God and Father of our Lord Jesus Christ, who according to His great mercy has caused us to be born again to a living hope through the resurrection of Jesus Christ from the dead,

But God, being rich in mercy, because of His great love with which He loved us, even when we were dead in our transgressions, made us alive together with Christ (by grace you have been saved),

In the exercise of His will He brought us forth by the word of truth, so that we would be a kind of first fruits among His creatures.

He saved us, not on the basis of deeds which we have done in righteousness, but according to His mercy, by the washing of regeneration and renewing by the Holy Spirit,

Whoever believes that Jesus is the Christ is born of God, and whoever loves the Father loves the child born of Him.

Jesus answered, “Truly, truly, I say to you, unless one is born of water and the Spirit he cannot enter into the kingdom of God.

Peter said to them, “Repent, and each of you be baptized in the name of Jesus Christ for the forgiveness of your sins; and you will receive the gift of the Holy Spirit. For the promise is for you and your children and for all who are far off, as many as the Lord our God will call to Himself.”

Husbands, love your wives, just as Christ also loved the church and gave Himself up for her, so that He might sanctify her, having cleansed her by the washing of water with the word,

By this we know that we love the children of God, when we love God and observe His commandments.

For whatever is born of God overcomes the world; and this is the victory that has overcome the world—our faith.

Laver of brass » Illustrative of » Regeneration

Purifications or baptisms » Illustrative of » Regeneration

Regeneration » The teaching concerning » By the word of God

If you know that

for you have been

No one who is

In the exercise of

Jesus answered and said to him,

being manifested that you are a letter of Christ,

Therefore if anyone is

Regeneration » The teaching concerning » Birth of a new spirit

Moreover, I will give you a

Regeneration » Instances of » Saul of tarsus

As he was traveling, it happened that he was approaching Damascus, and suddenly a light from heaven flashed around him; and he fell to the ground and heard a voice saying to him, "Saul, Saul, why are you persecuting Me?" And he said, "Who are You, Lord?" And He said, "I am Jesus whom you are persecuting, read more.
but get up and enter the city, and it will be told you what you must do." The men who traveled with him stood speechless, hearing the voice but seeing no one. Saul got up from the ground, and though his eyes were open, he could see nothing; and leading him by the hand, they brought him into Damascus. And he was three days without sight, and neither ate nor drank. Now there was a disciple at Damascus named Ananias; and the Lord said to him in a vision, "Ananias." And he said, "Here I am, Lord." And the Lord said to him, "Get up and go to the street called Straight, and inquire at the house of Judas for a man from Tarsus named Saul, for he is praying, and he has seen in a vision a man named Ananias come in and lay his hands on him, so that he might regain his sight." But Ananias answered, "Lord, I have heard from many about this man, how much harm he did to Your saints at Jerusalem; and here he has authority from the chief priests to bind all who call on Your name." But the Lord said to him, "Go, for he is a chosen instrument of Mine, to bear My name before the Gentiles and kings and the sons of Israel; for I will show him how much he must suffer for My name's sake." So Ananias departed and entered the house, and after laying his hands on him said, "Brother Saul, the Lord Jesus, who appeared to you on the road by which you were coming, has sent me so that you may regain your sight and be filled with the Holy Spirit." And immediately there fell from his eyes something like scales, and he regained his sight, and he got up and was baptized;

Then it happened when he turned his back to leave Samuel, God

Genesis 32:29
Verse Concepts
Why Do You Do This?What Is God's Name?
Blessed By God

The Holy Spirit, And Regeneration

Moreover, I will give you a