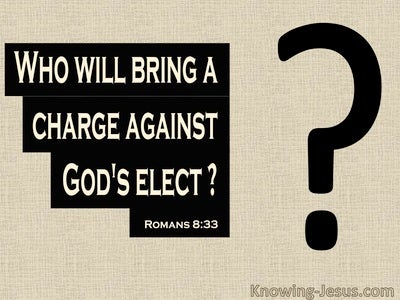 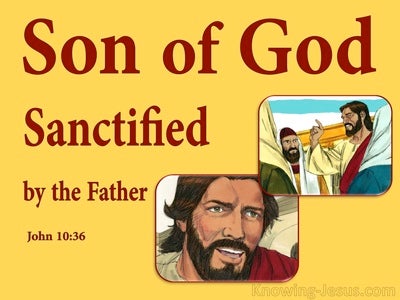 Do not receive a charge against an Officer of the Church, unless it is supported by two or three witnesses;

While charges were being brought against him by the Chief Priests and Councillors, Jesus made no reply.

and keeping your consciences clear, so that, whenever you are maligned, those who vilify your good and Christian conduct may be put to shame.

Who will bring a charge against any of God's People? He who pronounces them righteous is God!

Let your daily life among the Gentiles be so upright, that, whenever they malign you as evil-doers, they may learn, as they watch, from the uprightness of your conduct, to praise God 'at the time when he shall visit them.'

Yet Jesus made no reply--not even a single word; at which the Governor was greatly astonished.

Yet even Michael, the Archangel, when, in his dispute with the Devil, he was arguing about the body of Moses, did not venture to charge him with maligning, but said merely 'The Lord rebuke you!'

For God's will is this--that you should silence the ignorance of foolish people by doing what is right.

Therefore, when I come, I shall not forget his conduct in ridiculing us with his wicked tongue. Not content with that, he not only declines to recognize our Brothers himself, but actually prevents those who would, and expels them from the Church.

They are to be men of irreproachable character, who are faithful husbands, whose children are Christians and have never been charged with dissolute conduct or have been unruly.

But now he has reconciled you to himself by the sacrifice of Christ's earthly body in death--it has pleased God that you should stand in his presence holy, pure, and blameless,

Matthew 27:37
Verse Concepts
Christ Is King Of IsraelcrucifixionJews, The
Names And Titles For ChristMessianic Titles, King Of The JewsCrucifixion, Of Christ

Above his head they fixed the accusation against him written out--'THIS IS JESUS THE KING OF THE JEWS.'

Meanwhile the Chief Priests and the whole of the High Council were trying to get such false evidence against Jesus, as would warrant putting him to death,

And I heard a loud voice in Heaven which said-- 'Now has begun the day of the Salvation, and Power, and Dominion of our God, and the Rule of his Christ; for the Accuser of our Brothers has been hurled down, he who has been accusing them before our God day and night.

Then the Chief Priests brought a number of charges against him;

Do not think that I shall accuse you to the Father; your accuser is Moses, on whom you have been resting your hopes.

For they show the demands of the Law written upon their hearts; their consciences corroborating it, while in their thoughts they argue either in self-accusation or, it may be, in self- defense--

But Zacchaeus stood forward and said to the Master: "Listen, Master! I will give half my property to the poor, and, if I have defrauded any one of anything, I will give him back four times as much."

2 Peter 2:11
Verse Concepts
The Power Of Other Creatures
Angels

even where angels, though excelling them in strength and power, do not bring against them a malignant charge before the Lord.

And they cannot establish the charges which they are now making against me.

Do you say of one whom the Father has consecrated and sent as his Messenger to the world 'You are blaspheming,' because I said 'I am God's Son'?

Jesus said to his disciples: "There was a rich man who had a steward; and this steward was maliciously accused to him of wasting his estate.

When the Chief Priests and the police-officers saw him, they shouted: "Crucify him! Crucify him!" "Take him yourselves and crucify him," said Pilate. "For my part, I find nothing with which he can be charged."

When her masters saw that there was no hope of further profit from her, they seized Paul and Silas, dragged them into the public square to the authorities,

Then they induced some men to assert that they had heard Stephen saying blasphemous things against Moses, and against God;

Do not receive a charge against an Officer of the Church, unless it is supported by two or three witnesses;

If, however, Demetrius and the artisans who are acting with him have a charge to make against any one, there are Court Days and there are Magistrates; let both parties take legal proceedings.

Then the great Dragon, the primeval Serpent, known as the 'Devil' and 'Satan,' who deceives all the world, was hurled down to the earth, and his angels were hurled down with him.

And when some soldiers on active service asked "And we--what are we to do?" he said: "Never use violence, or exact anything by false accusation; and be content with your pay."

Her husband, Joseph, was a religious man and, being unwilling to expose her to contempt, resolved to put an end to their betrothal privately.