42 Bible Verses about Before 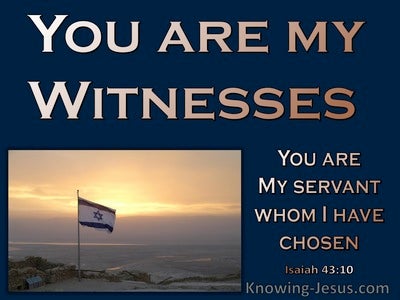 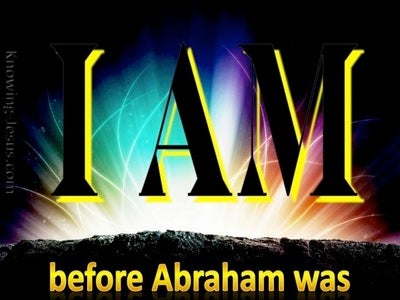 Isaiah 43:10
Verse Concepts
Knowing That There Is A GodTrust In God!AffirmationsUnderstandingGod As The Object Of FaithIsrael As The Elect
Witnessing, Importance OfGod, Immutability OfNo Other Is GodMonotheismOne God

For as in those days before the flood they were eating and drinking, marrying and giving in marriage, until the day that Noah entered the ark,

So do not be like them; for your Father knows what you need before you ask Him.

When they arrest you and hand you over, do not worry beforehand about what you are to say, but say whatever is given you in that hour; for it is not you who speak, but it is the Holy Spirit.

She has done what she could; she has anointed My body beforehand for the burial.

Luke 21:9
Verse Concepts
Principles Of WarWarrumorsHard Times
Being OrganizedEnd Of The WorldSigns Of The Times

When you hear of wars and disturbances, do not be terrified; for these things must take place first, but the end does not follow immediately.”

“But before all these things, they will lay their hands on you and will persecute you, delivering you to the synagogues and prisons, bringing you before kings and governors for My name’s sake.

Nathanael *said to Him, “How do You know me?” Jesus answered and said to him, “Before Philip called you, when you were under the fig tree, I saw you.”

for John had not yet been thrown into prison.

The royal official *said to Him, “Sir, come down before my child dies.”

Jesus said to them, “Truly, truly, I say to you, before Abraham was born, I am.”

“Before she travailed, she brought forth;
Before her pain came, she gave birth to a boy.

It will also come to pass that before they call, I will answer; and while they are still speaking, I will hear.

Greet Andronicus and Junias, my kinsmen and my fellow prisoners, who are outstanding among the apostles, who also were in Christ before me.

Day of the lord » Before

"Thus you will know that I am in the midst of Israel, And that I am the LORD your God, And there is no other; And My people will never be put to shame. "It will come about after this That I will pour out My Spirit on all mankind; And your sons and daughters will prophesy, Your old men will dream dreams, Your young men will see visions. "Even on the male and female servants I will pour out My Spirit in those days. read more.
"I will display wonders in the sky and on the earth, Blood, fire and columns of smoke. "The sun will be turned into darkness And the moon into blood Before the great and awesome day of the LORD comes. "And it will come about that whoever calls on the name of the LORD Will be delivered; For on Mount Zion and in Jerusalem There will be those who escape, As the LORD has said, Even among the survivors whom the LORD calls.

'AND IT SHALL BE IN THE LAST DAYS,' God says, 'THAT I WILL POUR FORTH OF MY SPIRIT ON ALL MANKIND; AND YOUR SONS AND YOUR DAUGHTERS SHALL PROPHESY, AND YOUR YOUNG MEN SHALL SEE VISIONS, AND YOUR OLD MEN SHALL DREAM DREAMS; EVEN ON MY BONDSLAVES, BOTH MEN AND WOMEN, I WILL IN THOSE DAYS POUR FORTH OF MY SPIRIT And they shall prophesy. 'AND I WILL GRANT WONDERS IN THE SKY ABOVE AND SIGNS ON THE EARTH BELOW, BLOOD, AND FIRE, AND VAPOR OF SMOKE. read more.
'THE SUN WILL BE TURNED INTO DARKNESS AND THE MOON INTO BLOOD, BEFORE THE GREAT AND GLORIOUS DAY OF THE LORD SHALL COME. 'AND IT SHALL BE THAT EVERYONE WHO CALLS ON THE NAME OF THE LORD WILL BE SAVED.' "Men of Israel, listen to these words: Jesus the Nazarene, a man attested to you by God with miracles and wonders and signs which God performed through Him in your midst, just as you yourselves know--

“When an ox or a sheep or a goat is born, it shall

Now Abner the son of Ner, went out from Mahanaim to Gibeon with the servants of Ish-bosheth the son of Saul. And Joab the son of Zeruiah and the servants of David went out and met them by the pool of Gibeon; and they sat down, one on the one side of the pool and the other on the other side of the pool. Then Abner said to Joab, "Now let the young men arise and hold a contest before us." And Joab said, "Let them arise." read more.
So they arose and went over by count, twelve for Benjamin and Ish-bosheth the son of Saul, and twelve of the servants of David. Each one of them seized his opponent by the head and thrust his sword in his opponent's side; so they fell down together. Therefore that place was called Helkath-hazzurim, which is in Gibeon. That day the battle was very severe, and Abner and the men of Israel were beaten before the servants of David. Now the three sons of Zeruiah were there, Joab and Abishai and Asahel; and Asahel was as swift-footed as one of the gazelles which is in the field. Asahel pursued Abner and did not turn to the right or to the left from following Abner. Then Abner looked behind him and said, "Is that you, Asahel?" And he answered, "It is I." So Abner said to him, "Turn to your right or to your left, and take hold of one of the young men for yourself, and take for yourself his spoil." But Asahel was not willing to turn aside from following him. Abner repeated again to Asahel, "Turn aside from following me. Why should I strike you to the ground? How then could I lift up my face to your brother Joab?" However, he refused to turn aside; therefore Abner struck him in the belly with the butt end of the spear, so that the spear came out at his back. And he fell there and died on the spot. And it came about that all who came to the place where Asahel had fallen and died, stood still. But Joab and Abishai pursued Abner, and when the sun was going down, they came to the hill of Ammah, which is in front of Giah by the way of the wilderness of Gibeon. The sons of Benjamin gathered together behind Abner and became one band, and they stood on the top of a certain hill. Then Abner called to Joab and said, "Shall the sword devour forever? Do you not know that it will be bitter in the end? How long will you refrain from telling the people to turn back from following their brothers?" Joab said, "As God lives, if you had not spoken, surely then the people would have gone away in the morning, each from following his brother." So Joab blew the trumpet; and all the people halted and pursued Israel no longer, nor did they continue to fight anymore. Abner and his men then went through the Arabah all that night; so they crossed the Jordan, walked all morning, and came to Mahanaim. Then Joab returned from following Abner; when he had gathered all the people together, nineteen of David's servants besides Asahel were missing. But the servants of David had struck down many of Benjamin and Abner's men, so that three hundred and sixty men died. And they took up Asahel and buried him in his father's tomb which was in Bethlehem. Then Joab and his men went all night until the day dawned at Hebron.

Then the men of Judah came and there And they told David, saying, “It was

Then all the tribes of Israel came to David at Hebron and said, "Behold, we are your bone and your flesh. "Previously, when Saul was king over us, you were the one who led Israel out and in And the LORD said to you, 'You will shepherd My people Israel, and you will be a ruler over Israel.'" So all the elders of Israel came to the king at Hebron, and King David made a covenant with them before the LORD at Hebron; then they anointed David king over Israel. read more.
David was thirty years old when he became king, and he reigned forty years. At Hebron he reigned over Judah seven years and six months, and in Jerusalem he reigned thirty-three years over all Israel and Judah.

But Abner the son of Ner, commander of Saul's army, had taken Ish-bosheth the son of Saul and brought him over to Mahanaim. He made him king over Gilead, over the Ashurites, over Jezreel, over Ephraim, and over Benjamin, even over all Israel. Ish-bosheth, Saul's son, was forty years old when he became king over Israel, and he was king for two years. The house of Judah, however, followed David.

Now all his servants passed on beside him,

and prepare a savory dish for me such as I love, and bring it to me that I may eat, so that

Then the Lord said, “

When Abigail saw David, she hurried and dismounted from her donkey, and fell on her face before David

Acts 24:16
Verse Concepts
Clear ConsciencesWhat Christian Should Do AlwaysHonestyJustice, In Believers' LivesKnowledge Of Good And EvilReputationStriving With GodThe Saints, Without Offence
Man's Conduct Towards GodWitness Before MenExerciseconscienceriskpracticestrivingClear Conscience Before God

In view of this,

Now if the household is too small for a

Occult Being Powerless Before God

Matthew 17:10
Verse Concepts
JudaismTeachers Of The Law
People Going BeforeWhy Do Others Do This?

And His disciples asked Him, “Why then do the scribes say that

It is actually reported that there is immorality among you, and immorality of such a kind as does not exist even among the Gentiles, that someone has

Signs And Wonders Before Christ

Sun Moon And Stars Before God

He who observes the day, observes it for the Lord, and he who eats,

The Nations Before God