56 Bible Verses about Prayer, Practicalities Of 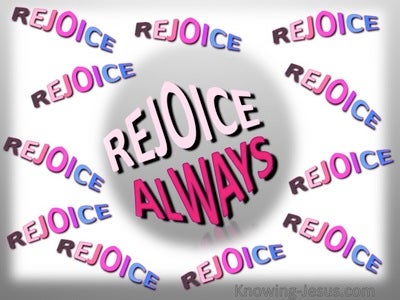 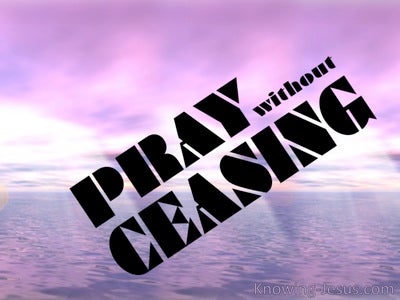 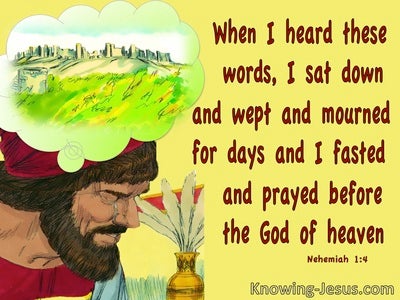 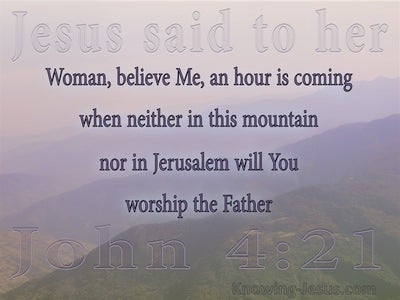 Always rejoice, constantly pray, in everything give thanks. For this is God's will for you in Christ Jesus.

But carefully select from among you, brothers, seven men who are well-attested, full of the Spirit and of wisdom, whom we may put in charge of this necessary task. But we will devote ourselves to prayer and to the ministry of the word."

Rejoice in hope, endure in suffering, persist in prayer.

All those who behave wickedly do not understand -- those who devour my people as if they were eating bread, and do not call out to God.

For our leaders are stupid. They have not sought the Lord's advice. So they do not act wisely, and the people they are responsible for have all been scattered.

"I will attack Judah and all who live in Jerusalem. I will remove from this place every trace of Baal worship, as well as the very memory of the pagan priests. I will remove those who worship the stars in the sky from their rooftops, those who swear allegiance to the Lord while taking oaths in the name of their 'king,' and those who turn their backs on the Lord and do not want the Lord's help or guidance."

When you pray, do not babble repetitiously like the Gentiles, because they think that by their many words they will be heard. Do not be like them, for your Father knows what you need before you ask him.

Jesus also told this parable to some who were confident that they were righteous and looked down on everyone else. "Two men went up to the temple to pray, one a Pharisee and the other a tax collector. The Pharisee stood and prayed about himself like this: 'God, I thank you that I am not like other people: extortionists, unrighteous people, adulterers -- or even like this tax collector.read more.
I fast twice a week; I give a tenth of everything I get.' The tax collector, however, stood far off and would not even look up to heaven, but beat his breast and said, 'God, be merciful to me, sinner that I am!' I tell you that this man went down to his home justified rather than the Pharisee. For everyone who exalts himself will be humbled, but he who humbles himself will be exalted."

"Whenever you pray, do not be like the hypocrites, because they love to pray while standing in synagogues and on street corners so that people can see them. Truly I say to you, they have their reward. But whenever you pray, go into your room, close the door, and pray to your Father in secret. And your Father, who sees in secret, will reward you.

And after he sent the crowds away, he went up the mountain by himself to pray. When evening came, he was there alone.

After saying good-bye to them, he went to the mountain to pray.

Yet Jesus himself frequently withdrew to the wilderness and prayed.

King David went in, sat before the Lord, and said, "Who am I, O Lord God, and what is my family, that you should have brought me to this point?

So all the Israelites, the whole army, went up to Bethel. They wept and sat there before the Lord; they did not eat anything that day until evening. They offered up burnt sacrifices and tokens of peace to the Lord.

When I heard these things I sat down abruptly, crying and mourning for several days. I continued fasting and praying before the God of heaven.

He went away from them about a stone's throw, knelt down, and prayed,

When Solomon finished presenting all these prayers and requests to the Lord, he got up from before the altar of the Lord where he had kneeled and spread out his hands toward the sky.

At the time of the evening offering I got up from my self-abasement, with my tunic and robe torn, and then dropped to my knees and spread my hands to the Lord my God.

But Peter sent them all outside, knelt down, and prayed. Turning to the body, he said, "Tabitha, get up." Then she opened her eyes, and when she saw Peter, she sat up.

When our time was over, we left and went on our way. All of them, with their wives and children, accompanied us outside of the city. After kneeling down on the beach and praying,

For this reason I kneel before the Father,

1 Kings 8:22
Verse Concepts
AssemblyAttitudes, in prayer
The Altar Of The LordLifting Hands

Solomon stood before the altar of the Lord in front of the entire assembly of Israel and spread out his hands toward the sky.

1 Samuel 1:26
Verse Concepts
Standing
This Is Me

She said, "Just as surely as you are alive, my lord, I am the woman who previously stood here with you in order to pray to the Lord.

Whenever you stand praying, if you have anything against anyone, forgive him, so that your Father in heaven will also forgive you your sins."

Jehoshaphat bowed down with his face toward the ground, and all the people of Judah and the residents of Jerusalem fell down before the Lord and worshiped him.

When Abraham's servant heard their words, he bowed down to the ground before the Lord.

Numbers 20:6
Verse Concepts
God's Glory In IsraelAssembling At The DoorwayGlory, Revelation Of
Attitudes, in prayerProstration

So Moses and Aaron went from the presence of the assembly to the entrance to the tent of meeting. They then threw themselves down with their faces to the ground, and the glory of the Lord appeared to them.

Moses said to him, "When I leave the city I will spread my hands to the Lord, the thunder will cease, and there will be no more hail, so that you may know that the earth belongs to the Lord.

When you spread out your hands in prayer, I look the other way; when you offer your many prayers, I do not listen, because your hands are covered with blood.

So I want the men to pray in every place, lifting up holy hands without anger or dispute.

For this reason I will praise you while I live; in your name I will lift up my hands.

When Daniel realized that a written decree had been issued, he entered his home, where the windows in his upper room opened toward Jerusalem. Three times daily he was kneeling and offering prayers and thanks to his God just as he had been accustomed to do previously.

During the evening, morning, and noontime I will lament and moan, and he will hear me.

Psalm 88:1
Verse Concepts
I PrayGod My SalvationWorship Day And Night
Importunity, Towards GodNightPrayer, Persistence In

A song, a psalm written by the Korahites; for the music director; according to the machalath-leannoth style; a well-written song by Heman the Ezrachite. O Lord God who delivers me! By day I cry out and at night I pray before you.

I am up before dawn crying for help. I find hope in your word.

Now it was during this time that Jesus went out to the mountain to pray, and he spent all night in prayer to God.

"I regret that I have made Saul king, for he has turned away from me and has not done what I told him to do." Samuel became angry and he cried out to the Lord all that night.

She had lived as a widow since then for eighty-four years. She never left the temple, worshiping with fasting and prayer night and day.

Jesus said to her, "Believe me, woman, a time is coming when you will worship the Father neither on this mountain nor in Jerusalem. You people worship what you do not know. We worship what we know, because salvation is from the Jews. But a time is coming -- and now is here -- when the true worshipers will worship the Father in spirit and truth, for the Father seeks such people to be his worshipers.read more.
God is spirit, and the people who worship him must worship in spirit and truth."

But whenever you pray, go into your room, close the door, and pray to your Father in secret. And your Father, who sees in secret, will reward you.

About noon the next day, while they were on their way and approaching the city, Peter went up on the roof to pray.

While they were serving the Lord and fasting, the Holy Spirit said, "Set apart for me Barnabas and Saul for the work to which I have called them." Then, after they had fasted and prayed and placed their hands on them, they sent them off.

So we fasted and prayed to our God about this, and he answered us.

When they were sick, I wore sackcloth, and refrained from eating food. (If I am lying, may my prayers go unanswered!)

So I turned my attention to the Lord God to implore him by prayer and requests, with fasting, sackcloth, and ashes.

Then they said to him, "John's disciples frequently fast and pray, and so do the disciples of the Pharisees, but yours continue to eat and drink."

When they had appointed elders for them in the various churches, with prayer and fasting they entrusted them to the protection of the Lord in whom they had believed.

He told them, "This kind can come out only by prayer."