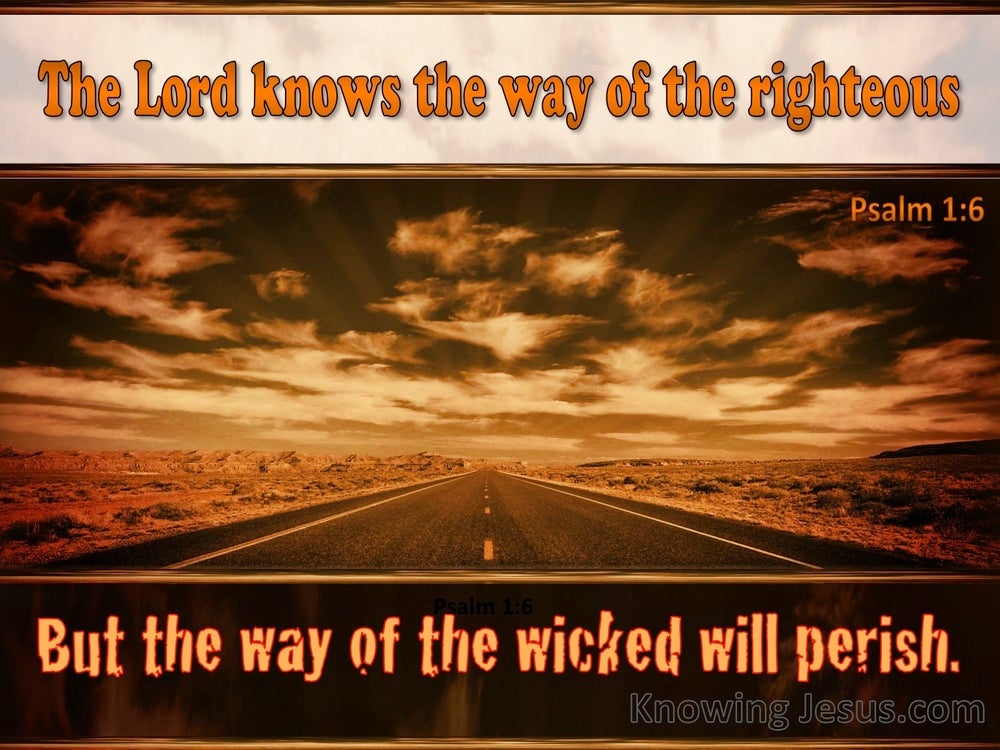 The wicked will return to Sheol,
Even all the nations who forget God.

For evildoers will be cut off,
But those who wait for the Lord, they will inherit the land.

But the wicked will perish;
And the enemies of the Lord will be like the glory of the pastures,
They vanish—like smoke they vanish away.

But transgressors will be altogether destroyed;
The posterity of the wicked will be cut off.

If your hand causes you to stumble, cut it off; it is better for you to enter life crippled, than, having your two hands, to go into hell, into the unquenchable fire, [where their worm does not die, and the fire is not quenched.]

His winnowing fork is in His hand to thoroughly clear His threshing floor, and to gather the wheat into His barn; but He will burn up the chaff with unquenchable fire.”

and to give relief to you who are afflicted and to us as well when the Lord Jesus will be revealed from heaven with His mighty angels in flaming fire, dealing out retribution to those who do not know God and to those who do not obey the gospel of our Lord Jesus. These will pay the penalty of eternal destruction, away from the presence of the Lord and from the glory of His power,

Then that lawless one will be revealed whom the Lord will slay with the breath of His mouth and bring to an end by the appearance of His coming;

of instruction about washings and laying on of hands, and the resurrection of the dead and eternal judgment.

Anyone who has set aside the Law of Moses dies without mercy on the testimony of two or three witnesses. How much severer punishment do you think he will deserve who has trampled under foot the Son of God, and has regarded as unclean the blood of the covenant by which he was sanctified, and has insulted the Spirit of grace? For we know Him who said, “Vengeance is Mine, I will repay.” And again, “The Lord will judge His people.”read more.
It is a terrifying thing to fall into the hands of the living God.

eternal Death » Shall be inflicted by Christ

eternal Death » Described as » A lake of fire

And the beast was seized, and with him the

These will pay the penalty of

eternal Death » Christ, the only way of escape from

And there is salvation in

eternal Death » The portion of the wicked

There is only one

eternal Death » The way to, described

eternal Death » Is called » The wrath to come

These will pay the penalty of

eternal Death » Described as » Society with the devil, &c

"In Hades he lifted up his eyes, being in torment, and saw Abraham far away and Lazarus in his bosom. "And he cried out and said, 'Father Abraham, have mercy on me, and send Lazarus so that he may dip the tip of his finger in water and cool off my tongue, for I am in agony in this flame.' "But Abraham said, 'Child, remember that during your life you received your good things, and likewise Lazarus bad things; but now he is being comforted here, and you are in agony. read more.
'And besides all this, between us and you there is a great chasm fixed, so that those who wish to come over from here to you will not be able, and that none may cross over from there to us.'

eternal Death » Described as » A mist of darkness for ever

but to those who are selfishly ambitious and do not obey the truth, but obey unrighteousness, wrath and indignation. There will be tribulation and distress for every soul of man who does evil, of the Jew first and also of the Greek,

eternal Death » Is called » A resurrection to shame, &c

eternal Death » The wages of sin

eternal Death » Strive to preserve others from

eternal Death » Described as » The worm that dies not

eternal Death » Is called » A resurrection to damnation

So then as through

Salvation » Is deliverance from » eternal Death

"For God so loved the world, that He gave His only begotten Son, that whoever believes in Him shall not perish, but have eternal life. "For God did not send the Son into the world to judge the world, but that the world might be saved through Him.